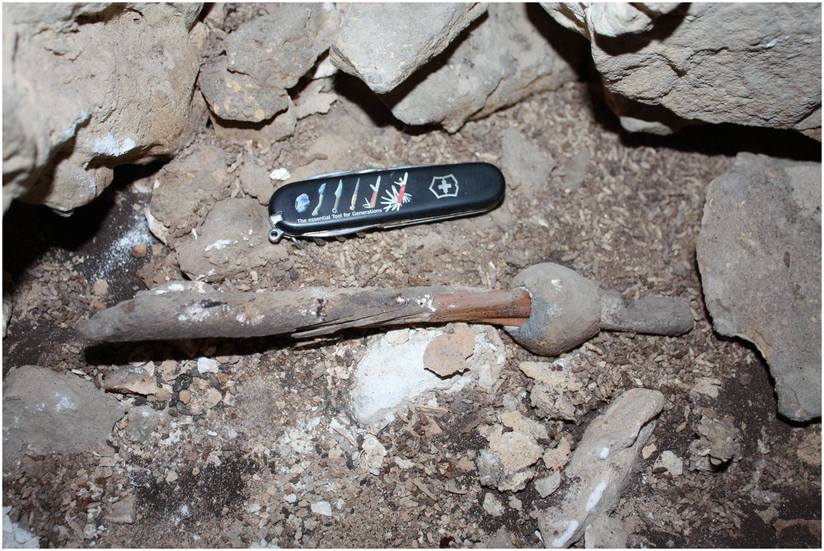 The lead object was the first of its kind found in the Eastern Mediterranean region.

A nondescript cave in Israel was the location of a major discovery recently: a lead and wood artifact believed to be the earliest example of smelted lead in the Eastern Mediterranean region.

The object, which looks like a wand or small dagger, was found attached to an intact wooden shaft during a field survey at Ashalim Cave led by Naama Yahalom-Mack, a postdoctoral student from The Hebrew University of Jerusalem. Findings were published in the scientific journal Plos One.

Lead is a soft, malleable metal with a bluish-white color and is rarely found on its own, meaning it has to be extracted from the ore that contains it through a process called smelting – or by heating and melting it.

The researchers dated the wand to the late 5th millennium BCE – or the Late Copper Age. Smelted lead had never before been dated to this time period, according to Yahalom-Mack.

Consisting of a 22.4 cm long wooden shaft and a perforated lead object still attached to it, the wand is the only pre-4th millennium lead artifact ever uncovered in the region, and sheds new light on the early metallurgy of lead, its sources and its technological role at the formative stages of metal production, Yahalom-Mack said. 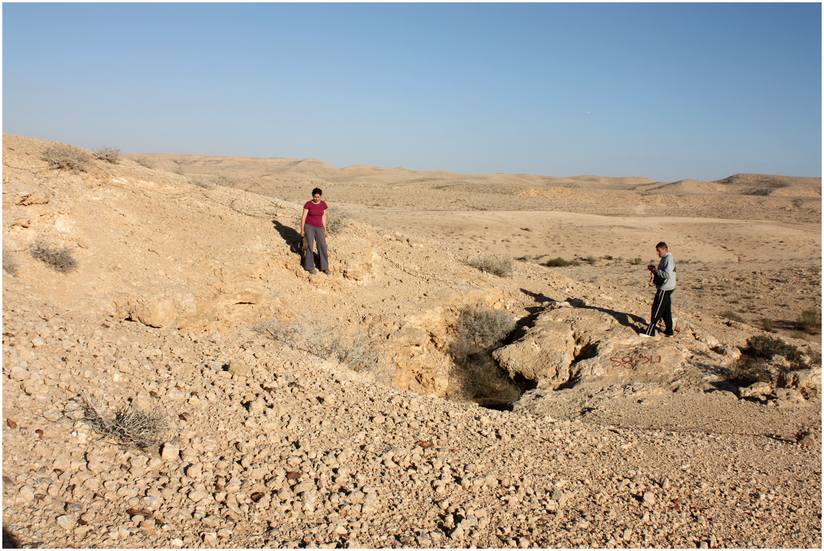 Archaeologists hover over the entrance to the cave where the lead wand was found. (Photo: Yahalom-Mack et al)
Lead doesn’t tend to occur naturally in the area in which the wand was found, so after discovering the artifact, the researchers studied its isotopes (variations on an element) to determine its origin. An analysis showed that the artifact “was … likely smelted from lead ores originating” in Anatolia, Turkey.

Yahalom-Mack said the discovery is important “to the question of the development of silver extraction from lead ores: was regular lead smelting from lead-rich ores performed during the 5th millennium BCE, a process that might have resulted in the discovery of silver few hundreds of years later?”

Microscopic images of the sampled area where the lead wand was found. (Photo: Yahalom-Mack et al.)