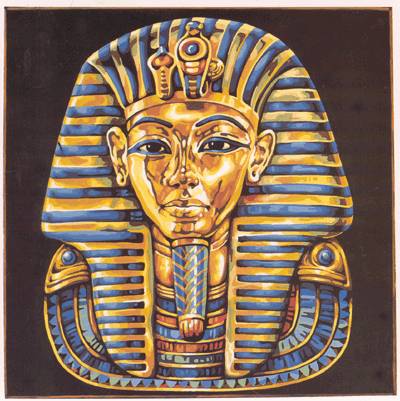 The mystery behind the sudden death of Tutankhamun, the boy king who ruled Egypt more than 3,000 years ago, may have been finally solved by scientists who believe that he fell from a fast-moving chariot while out hunting in the desert.

Speculation surrounding Tutankhamun’s death has been rife since his tomb was broken into in 1922 by archaeologist Howard Carter. X-rays of the mummy taken in 1968 indicated a swelling at the base of the skull, suggesting “King Tut” was killed by a blow to the head.

More recent studies using a CT medical scanner, however, revealed he suffered a badly broken leg, just above his knee just before he died. That in turn probably led to lethal blood poisoning. Now further evidence has come to light suggesting that he suffered the fracture while hunting game from a chariot.

The new findings are still circumstantial but one of Egypt’s leading experts on Tutankhamun will say in a television documentary to be screened this week that he believes the case is now solved on how the boy king met his sudden and unexpected end.

“He was not murdered as many people thought. He had an accident when he was hunting in the desert. Falling from a chariot made this fracture in his left leg and this really is in my opinion how he died,” said Zahi Hawass, general secretary of Egypt’s Supreme Council of Antiquities.

Until now, many historians had assumed that he was treated as a rather fragile child who was cosseted and protected from physical danger. However, Nadia Lokma of the Cairo Museum said that a recent analysis of the chariots found in the tombs of the pharaohs indicated that they were not merely ceremonial but show signs of wear and tear. Hundreds of arrows recovered from the tomb also show evidence of having been fired and recovered. “These chariots are hunting chariots, not war chariots. You can see from the wear on them that they were actually used in life,” Dr Lokma said.

A cache of clothing found in Tutankhamun’s tomb, which was stored in the vaults of the Cairo Museum, suggest that he was accustomed to riding these chariots himself. They include a specially-adapted corset which would have protected the wearer’s abdominal organs from any damage from an accident or the heavy jostling of a chariot ride.

A final piece of evidence comes from a garland of flowers placed around the neck of Tutankhamun’s mummy. Botanists found it included cornflowers and mayweed that were fresh at the time the decoration was made.

“The cornflower and mayweed on the garland around the mummy were in flower in March and April, which tells us the time of year he was buried,” said Nigel Hepper of the Royal Horticultural Society at Kew Gardens.

Because the flowers could have been collected only between the middle of March and the end of April, and as the complex process of mummification lasted 70 days, this meant Tutankhamun probably died in December or January. That timing coincided with the middle of the winter hunting season.

The results of the latest research into Tutankhamun, which are to feature in a Channel Five documentary tomorrow evening, come just a few weeks before Britain hosts the first exhibition of his tomb’s artefacts in 35 years at The O2 centre, formerly the Millennium Dome, in south-east London.

When the first Tutankhamun exhibition in London was held at the British Museum in 1972, some 1.5 million people made the pilgrimage to see his fabulous solid-gold facemask. This time, however, the mask will remain in Egypt because of fears it might not withstand the trip.

The present-day Lord Carnarvon, whose ancestor paid for Howard Carter’s 1922 expedition, said the latest findings indicated that Tutankhamun was an active young man who took risks with his life.

“I thought he was an over-cosseted child, but I think he was really out there in the field and taking part in things towards the end of his short life,” Lord Carnarvon said. “His chariots could have reached considerable speeds, up to 25mph. If a chariot turns over at that speed, you could easily break your leg very seriously.”

Curse of the Pharaohs

The Curse of the Pharaohs refers to the belief that any person who disturbs the mummy of an Ancient Egyptian pharaoh is placed under a curse whereby they will shortly die. Many tombs of pharaohs have curses written on or around them, warning against entering.

The belief was brought to many people’s attention due to the deaths of some members of the team of Howard Carter, who opened the tomb of Tutankhamun (KV62) in 1922, launching the modern era of Egyptology. The first of these “mysterious” deaths was that of Lord Carnarvon. He had been bitten by a mosquito, and later slashed the bite accidentally while shaving. It became infected and blood poisoning resulted. Skeptics pointed out that many, many others who visited the tomb or helped to discover it lived long and healthy lives. A study showed that of the 58 people who were present when the tomb and sarcophagus were opened, only eight died within a dozen years. All the others were still alive, including Howard Carter who died peacefully at the age of 64 in 1939. The doctor who did the autopsy on Tutankhamun lived until 75.

Some have speculated that deadly fungus could have grown in the enclosed tombs and been released when they were open to the air. Arthur Conan Doyle, author of the Sherlock Holmes mysteries, favoured this idea, and speculated that the mold had been placed deliberately to punish grave robbers. A newspaper report printed following Carnarvon’s death is also believed to have been responsible for the wording of the curse most frequently associated with Tutankhamun – “Death shall come on swift wings to him who disturbs the peace of the King” – a phrase which does not actually appear among the hieroglyphs in KV62.

Curses relating to tombs are rare, perhaps through the idea of such desecration being unthinkable and dangerous to record in writing. They most frequently occur in private tombs of the Old Kingdom era. The tomb of Ankhtifi (9-10th dynasty) contains the warning: “any ruler who… shall do evil or wickedness to this coffin… may Hemen [a local deity] not accept any goods he offers, and may his heir not inherit”. The tomb of Khentika Ikhekhi (9-10th dynasty) contains an inscription: “As for all men who shall enter this my tomb… impure… there will be judgment… an end shall be made for him… I shall seize his neck like a bird… I shall cast the fear of myself into him”. Curses after the Old Kingdom era are less common though more severe in expression, sometimes invoking the ire of Thoth or the destruction of Sekhemet. Zahi Hawass quotes an example of a curse: “Cursed be those who disturb the rest of a Pharaoh. They that shall break the seal of this tomb shall meet death by a disease that no doctor can diagnose.”

Hieroglyphs were not deciphered until the beginning of the 19th century by Jean-François Champollion so any reports of curses prior to this are in the domain of perceived bad luck associated with the handling of mummies and other artifacts from tombs. Louis Penicher wrote an account in 1699 in which he records how a Polish traveler bought two mummies in Alexandria and embarked on a sea journey with the mummies in the cargo hold. He was alarmed by recurring visions of two specters and stormy seas that did not abate until the mummies were thrown overboard.

Zahi Hawass recalled that as a young archaeologist excavating at Kom Abu-Bellou he had to transport a number of artifacts from the Greco-Roman site. On the day he did so his cousin died, on the anniversary of that day his uncle died and on the third anniversary his aunt died. Years later when he excavated the tombs of the builders of the pyramids at Giza he encountered the curse: “All people who enter this tomb who will make evil against this tomb and destroy it may the crocodile be against them in water, and snakes against them on land. May the hippopotamus be against them in water, the scorpion against them on land.” Though not superstitious, he decided not to disturb the mummies. However, he later was involved in the removal of two child mummies from Bahariya Oasis to a museum and subsequently reported how he was haunted by the children in his dreams. These phenomena did not stop until the mummy of the father was re-united with the children in the museum. He came to the conclusion that mummies should not be displayed though it was a lesser evil than allowing the general public into the tombs. Hawass also recorded an incident relating to a sick young boy who loved Ancient Egypt and was subject to a “miracle” cure in the Egyptian Museum when he looked into the eyes of the mummy of King Ahmose I. Thereafter the boy read everything he could find on Ancient Egypt, especially the Hyksos period.

The idea of a mummy’s curse was developed in The Mummy!: Or a Tale of the Twenty-Second Century, an early work combining elements of science fiction and horror, written by Jane C. Loudon and published anonymously in 1827. Louisa May Alcott is thought to have been the first to use a “mummy curse” plot in her 1869 story “Lost in a Pyramid”.