You never know what you’ll find at the bottom of the sea. 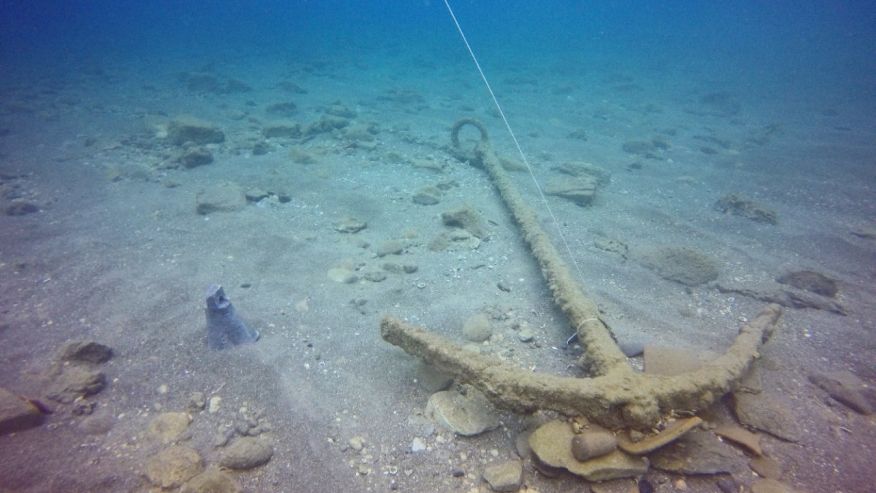 A couple of divers in the ancient Israeli port of Caesarea brought up some items from the seabed last month, leading to the discovery of a treasure trove of bronze statues, coins and other artifacts that went down with a cargo ship 1,600 years ago.

The divers notified the Israel Antiquities Authority of their find, leading to an extensive dive that found that a portion of the ocean floor had been cleared of sand, revealing the remains of a long-lost sailing ship along with iron anchors, the remains of wooden anchors and other items used in building and navigating the vessel.

But even more important was the cargo that sank with the ship. Among the artifacts the divers recovered were a bronze lamp depicting the image of the sun god Sol; a figurine of the moon goddess Luna; a lamp in the image of the head of an African slave; fragments of three life-size bronze cast statues; objects fashioned in the shape of animals; a bronze faucet in the form of a wild boar with a swan on its head; and fragments of large jars that carried drinking water. 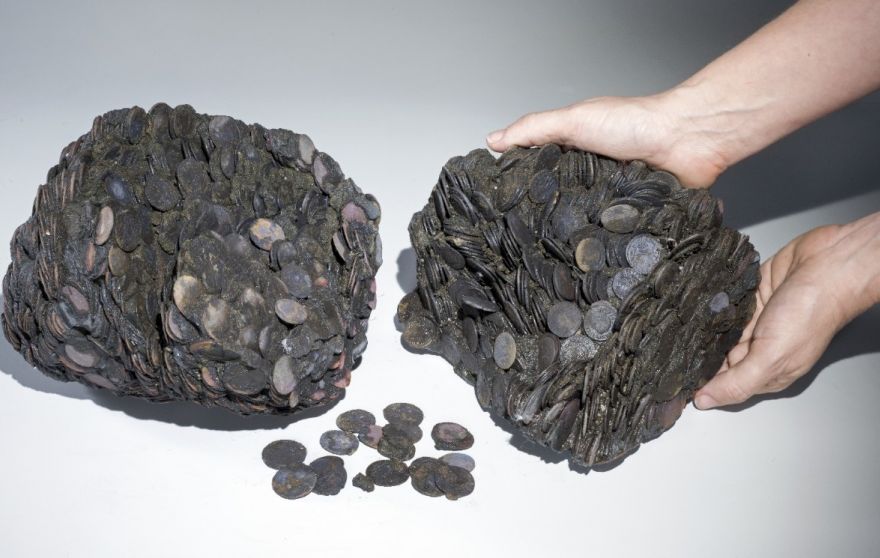 Lumps of coins that were discovered at sea. (Clara Amit, courtesy of the Israel Antiquities Authority)

“A marine assemblage such as this has not been found in Israel in the past 30 years,” Jacob Sharvit, director of the Marine Archaeology Unit of the Israel Antiquities Authority, and Dror Planer, deputy director of the unit, said in a statement.

“Metal statues are rare archaeological finds because they were always melted down and recycled in antiquity. When we find bronze artifacts, it usually occurs at sea. Because these statues were wrecked together with the ship, they sank in the water and were thus ‘saved’ from the recycling process.”

The statues were in remarkably good condition, considering they’d been at the bottom of the Mediterranean for more than a millennium and a half.

“The sand protected the statues,” Sharvit and Planer said. “Consequently they are in an amazing state of preservation – as though they were cast yesterday rather than 1,600 years ago.”

Sharvit praised the divers, Ran Feinstein and Ofer Ra’anan, for reporting their find to authorities.

“The divers demonstrated good citizenship and are deserving of praise,” he said. “They will be awarded a certificate of appreciation and invited to tour the storerooms of the National Treasures.

“By reporting the discovery of the marine assemblage to the Israel Antiquities Authority, they have made it possible for all of us to enjoy these spectacular remains from antiquity.”*