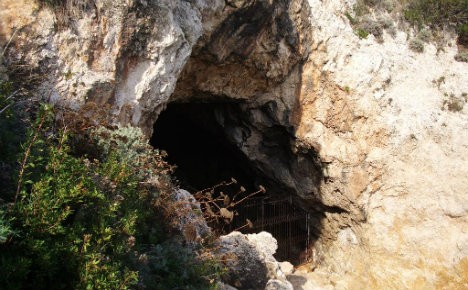 The cave where the bones were found.   Photo: Egnoka/Wikimedia

Excursionists hiking up a mountain in the Lazio region were stunned last week after they came across the suspected skeleton of an ancient Roman child while exploring a cave.

The bones were found inside a shattered Roman clay jar, or anfora, which the hikers noticed sticking out of the ground inside the 35 metre-wide Grotta delle Capre, which translates as ‘Cave of Goats.’

The cave is located on the rocky promontory of Monte Circeo – which rises 541 metres above the Mediterranean coast. 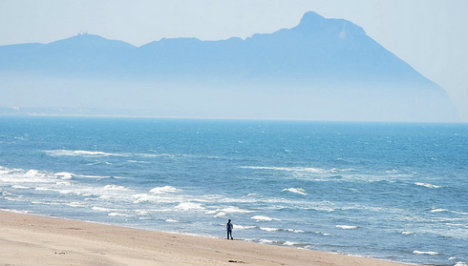 Once the tourists entered the grotto, they found the remains almost fully exposed as part of the cave floor had recently given way. Police suspect the floor’s collapse may have been brought on by a clandestine dig and have since blocked access to the site.

“It’s an extraordinary and unexpected find”, a spokesperson for the San Felice Circeo council told The Local.

“The cave is renowned among academics thanks to what it has revealed about the landscape of Italy during the last glacial period, but its more recent human history is still largely a mystery.”

The Grotta delle Capre has been used by local people since ancient times often serving, as its name suggests, as a place for herders to shelter their goats.

Local legends claim the cave was once home to a powerful sorceress: a story archaeologists now think might have its roots in reality.

Romans usually cremated their deceased, or buried them in mausoleums. Given the nature of the find, archaeologists suspect the cave may once have been a place Romans used to carry out non-standard, cultish burial rituals.

“Paleontologists working at the site decades ago, actually unearthed two similar clay-jar burials and the remains of a hippopotamus during partial excavations,” the spokesperson added.

Archaeologists from Italy’s Culture Ministry are now considering whether to excavate the entire cave in the hope it can shed new light on ancient Roman burial rites.