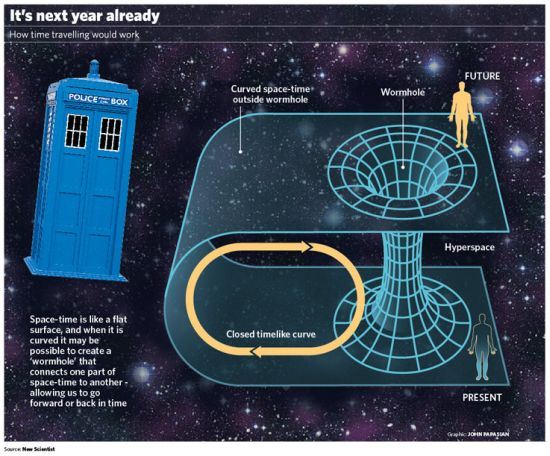 Is time travel a possibility?. If someone can travel faster than the speed of light, then theoretically, someone could travel in time and time travel would become a definite possibility.

On September 26, 1905 in Bern, Switzerland, Albert Einstein published his special theory of relativity. According to his astonishing scientific breakthrough, space and time are one, opening the page for many questions such as: “time travel, a possibility?”

In the old theory of Newton, space was a rigid container and time was an absolute flow while in Einstein’s theory, this was revolutionized. Space now became a flexible medium, and time could now be altered. Einstein realized that if you move faster, the ticks on your clock actually change. Prior to Einstein, no one understood that or would even have expected that, because it only happens when you get very, very close to the speed of light. There is a way within the laws of physics to travel long distances and still be alive, and that actually is related to special relativity and the idea that if you can travel very, very close to the speed of light, time will slow down for you. And in this sense, if you could travel very near the speed of light, only a day or two would pass, instead of the whole four years.

What we find interesting is that through out our history, there are said to be many more tales of time travel some of them dating hundreds or thousands of years.

In the popular TV series Ancient Aliens, Erick von Danicken states that there is evidence of time travel found in the Bible, and here is the quote: “In the Bible, the prophet Jeremiah was sitting together with a few of his friends, and there was a young boy. His name was Abimelech and Jeremiah said to Abimelech, “Go out of Jerusalem, there is a hill and collect some figs for us.” The boy went out and collected the fresh figs. All of a sudden, Abimelech hears some noise and wind in the air, and he become unconscious, he had a blackout. After a time he wakes up again, and he saw it was nearly the evening. So when he runs back to the society and the city was full of strange soldiers. And he says, “What’s going on here? Where is Jeremiah and all the others?” And an old man said, “That was 62 years ago.” It’s a time travel story written in the Bible. – von Däniken. So is this a possible tale of time travel evidence written down in the bible?

After searching for this text in the bible we could not find any evidence of it written down, so if you check out the Holy Bible you will see that there is no such text, illustrating what von Däniken claims to be true. Although in some transcripts in Latin and Greek, a similar story can perhaps be interpreted but still not as von Däniken stated it to be. Perhaps in this occasion Erick got confused.

In the ancient Indian text of the Mahabharata, written in the eighth century BC, King Raivata is described as traveling to the heavens to meet with the creator god Brahma, only to return to Earth hundreds of years in the future. Some researchers believe this Hindu tale may be one of the oldest records of successful time travel in the ancient past. So there’s in fact the story of a king called Raivata, and he is taken into space to see the gods, when he returns to the Earth he finds that many years have passed and in fact its been hundreds of years, time travel?. Some attribute that this is the kind of thing that would happen to space travelers and in time travel.

In Japan, the legend of Urashima Taro describes the tale of a fisherman’s visit to the protector god of the sea- Ryūjin in an underwater palace for what seemed like only three days. When he returns to his fishing village, he finds that it’s been 300 years that he’s been gone. Everything that he knew of was long gone, his family, friends and his way of life, everything had changed in what seem to be for him only a few days. 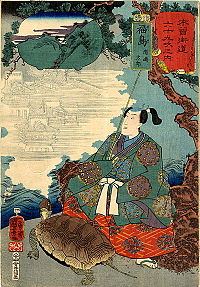 One day a young fisherman named Urashima Tarō is fishing when he notices a group of children torturing a small turtle. Tarō saves it and lets it to go back to the sea. The next day, a huge turtle approaches him and tells him that the small turtle he had saved is the daughter of the Emperor of the Sea, Ryūjin, who wants to see him to thank him.

The turtle magically gives Tarō gills and brings him to the bottom of the sea, to the Palace of the Dragon God. There he meets the Emperor and the small turtle, who was now a lovely princess, Otohime.

Tarō stays there with her for a few days, but soon wants to go back to his village and see his aging mother, so he requests Otohime’s permission to leave. The princess says she is sorry to see him go, but wishes him well and gives him a mysterious box called tamatebako which will protect him from harm but which she tells him never to open. Tarō grabs the box, jumps on the back of the same turtle that had brought him there, and soon is at the seashore.

He asks if anybody knows a man called Urashima Tarō. They answer that they had heard someone of that name had vanished at sea long ago. He discovers that 300 years have passed since the day he left for the bottom of the sea. Struck by grief, he absent-mindedly opens the box the princess had given him, from which bursts forth a cloud of white smoke. He is suddenly aged, his beard long and white, and his back bent. From the sea comes the sad, sweet voice of the princess: “I told you not to open that box. In it was your old age …”

Are these stories true interpretation of “time travel“? Is it possible to achieve something like that.

At the University of Connecticut, theoretical physicist Ronald Mallett demonstrated his large-scale model of a time machine. Using a device called a ring laser that produces a circulating beam of light, the professor hopes to prove that the twisting light actually bends space, forming a loop in time. “What’s happening here is that these lasers, even though you can’t see it, they’re actually creating a circulating pattern of light. And that circulating pattern of light is actually twisting the empty space in here.” -Mallett

“The twisting of space will eventually lead to a twisting of time, in Einstein’s theory, the two are connected and that twisting of time will be where time travel’s occurring, because if you think of time as being a straight line, then if we twist space, what will happen eventually is that that space will twist time into a loop. So the breakthrough of my work was to use light to manipulate time and that should allow for the possibility of going back in time using light.”-Mallett

Prof. Mallett believes he may be able to create a working time machine in as little as ten years, he believes the energy of the light beams will produce a gravitational field strong enough to drag a spinning neutron through time. “Let’s say I’ll call the spin up a one, and I’ll call spin down a zero. So imagine I send a stream of neutrons with spin up, spin up, spin down, spin up. What do you call that? That’s binary code. So by using the spin of neutrons, I can send a binary code, which could be translated into a message.” -Mallett