This article first appeared in mindbodygreen.com and is written by Ivan Petricevic 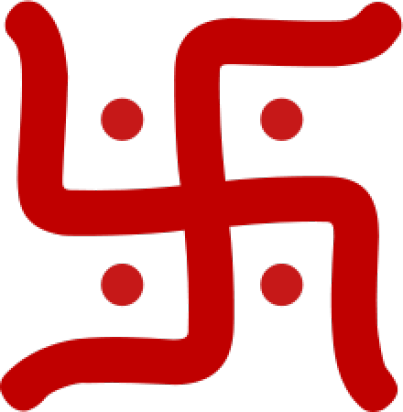 The Swastika, also referred to as the gammadion, is one of the oldest and most widespread symbols on planet Earth. And if you thought it is a symbol that represents evil and death, you are very very wrong. To make it short and clear, the Swastika symbol stands for peace and prosperity and is a very positive symbol.

It is considered a universal symbol and was used by numerous cultures and ancient civilizations throughout history. As we know it today, Swastika is actually a sanskrit word which means “that which is good” or “all is well” but some translate it to”lucky or auspicious object”, what ever the translation it is a very positive symbol. In Hinduism it is a very sacred symbol deeply connected with luck and prosperity, and yes, there is a lot to be learned about this ancient symbol which has been misinterpreted since 1900’s.

To help understand it, here we have Facts About the Swastika.

If we look at the Geometrical side of the Swastika, it can be regarded as an irregular icosagon or 20-sided polygon.

Apart of being a religious symbol, it was used as a decorative symbol in numerous cultures since at least the Neolithic period.

The swastika is most commonly used as a charm to bring good fortune and positive energy depicted with the “arms” of the Swastika bent clockwise.

It was adopted by the Nazi party in Germany and since then, has been a symbol that was connected to evil, genocide and war crimes.

Nevertheless it is still used as a sacred religious symbol in Hinduism and Buddhism.

There are several names that refer to this symbol. In Germany it was most commonly referred to as hook cross, angled cross, crooked cross.

The Swastika symbol is a widespread symbol in East Asian languages and is a standardized Chinese character.

The right-hand Swastika is one of the one-hundred-and-eight symbols of the Hindu god Vishnu.

Some Ancient deities like Ganesha and Vishnu are depicted with the Swastika symbols drawn on the palm of their hand.

It is said that if you have the Swastika symbol depicted on your hand you would live like a king, it is considered a very auspicious symbol.

During World War I, the Swastika symbol was used on the shoulder patches of the American 45th Division.

The swastika symbol was used by the Lotta Svärd; a women’s paramilitary organization from Finland.

The Finnish air force uses the Swastika symbol as an emblem.

Latvia also adopted the Swastika called the Ugunskrusts for its air force in 1918 up until 1940.

In Buddhist tradition, the Swastika symbolizes the feet or footprints of the Buddha.

Modern day Buddhists use it in clothing decoration.

Archaeologists have debated about the exact origin and date of the Swastika symbols. Recent research has shown that the earliest known object with swastika-motifs is a bird from the tusk of a mammoth from the paleolithic settlement of Mezine,Ukraine which dates back between 10,000 and 12,000 BCE.

It was a symbol of peace and prosperity for three thousand years until Nazi Germany adopted it changing the way its understood today.

The Nazi swastika was created and designed by Friedrich Krohn, who was a member of the Germanen Order.

The Swastika appears in numerous pieces of Byzantine art where it is referred to as the gammadion cross, or crux gammata.

The Swastika symbol appeared on Greek pottery around 700 B.C., archaeologists estimate that it appeared earlier in Troy.

The SAUVASTIKA which is the counter-clockwise symbol represented bad luck and misfortune in some cultures and was connected to the destructive goddess Kali.

Native American Indians have used the Swastika symbol for hundreds of years.

To the ancient Hopi of North America, the Swastika represents the wandering Hopi clan.

The vinca culture is among the earliest cultures that utilized the swastika symbol.

There is a hatha yoga sitting position which is known as the “Swatikasana”.

In Asia, many business organizations use the Swastika symbol officially; for example the Ahmedabad Stock Exchange and the Nepal Chamber of Commerce use it.

Among the Jainas, the Swastika symbol is the emblem of their seventh saint or Tirthankara.

In many countries in Europe, “totalitarian symbols” like the Swastika are prohibited, this was caused by the Nazi movement who twisted the original meaning of the Swastika.

In Nordic Myth, Odin is represented as travelling through space as a Swastika symbol looking down through all worlds.

The left-handed Swastika was the sign for Thor’s hammer.

The Swastika symbol was widely used by the Ancient Maya civilization.

The first time the Swastika symbol was used with an Aryan connection is believed to have been on December 25, 1907 by Order of the New Templars.

The town of Swastika located in Ontario, Canada is actually named after the Swastika symbol.

In the culture of the Kuna people in Panama, the Swastika symbolizes the octopus that created the world.

To the Navajo clan, the Swastika symbol represents the whirling log; which is a sacred image that represents a legend used in healing rituals.

The Danish beer company Carlsberg Group used the Swastika Symbol as their logo.

The Swastika symbol was one of the Russian empire’s symbols found on coins and logos.

Here are some images of the Swastika Symbol; as you can see, wherever you decide to look, the Swastika symbol is present. 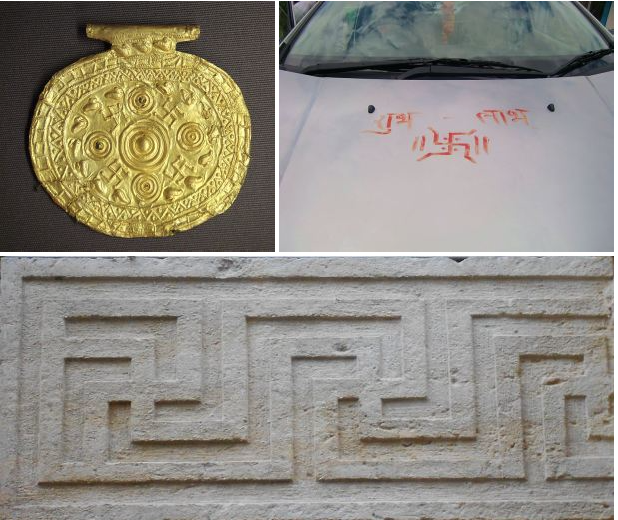 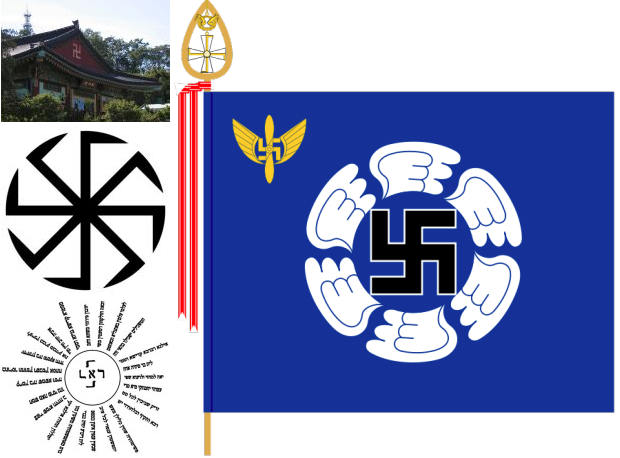 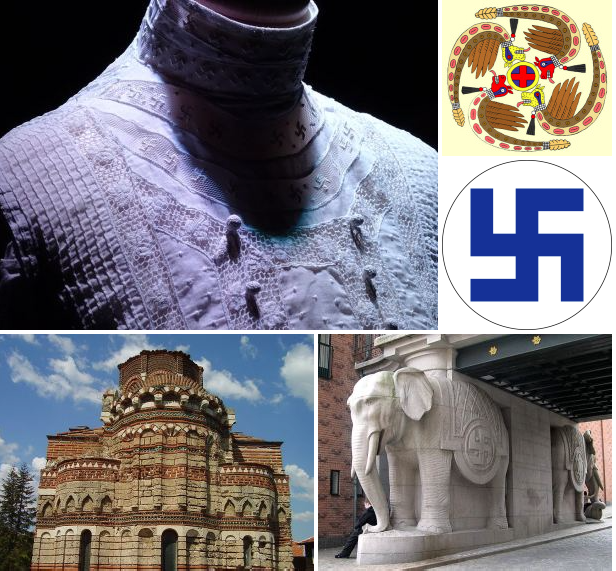