In early 2016, hundreds of media outlets around the world reported that a set of recently deciphered ancient clay tablets revealed that Babylonian astronomers were more sophisticated than previously believed. The wedge-shaped writing on the tablets, known as cuneiform, demonstrated that these ancient stargazers used geometric calculations to predict the motion of Jupiter. Scholars had assumed it wasn’t until almost A.D. 1400 that these techniques were first employed—by English and French mathematicians. But here was proof that nearly 2,000 years earlier, ancient people were every bit as advanced as Renaissance-era scholars. Judging by the story’s enthusiastic reception on social media, this discovery captured the public imagination. It implicitly challenged the perception that cuneiform tablets were used merely for basic accounting, such as tallying grain, rather than for complex astronomical calculations.

While most tablets were, in fact, used for mundane bookkeeping or scribal exercises, some of them bear inscriptions that offer unexpected insights into the minute details of and momentous events in the lives of ancient Mesopotamians.

First developed around 3200 B.C. by Sumerian scribes in the ancient city-state of Uruk, in present-day Iraq, as a means of recording transactions, cuneiform writing was created by using a reed stylus to make wedge-shaped indentations in clay tablets. Later scribes would chisel cuneiform into a variety of stone objects as well. Different combinations of these marks represented syllables, which could in turn be put together to form words. Cuneiform as a robust writing tradition endured 3,000 years. The script—not itself a language—was used by scribes of multiple cultures over that time to write a number of languages other than Sumerian, most notably Akkadian, a Semitic language that was the lingua franca of the Assyrian and Babylonian Empires. 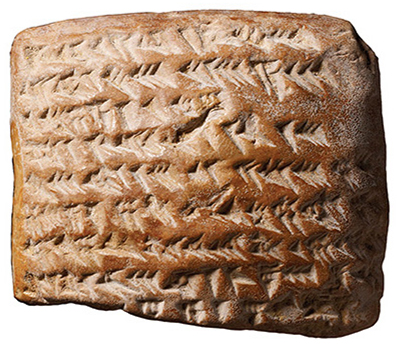 After cuneiform was replaced by alphabetic writing sometime after the first century A.D., the hundreds of thousands of clay tablets and other inscribed objects went unread for nearly 2,000 years.

It wasn’t until the early nineteenth century, when archaeologists first began

to excavate the tablets, that scholars could begin to attempt to understand these texts.

One important early key to deciphering the script proved to be the discovery of a kind of cuneiform Rosetta Stone, a circa 500 B.C. trilingual inscription at the site of Bisitun Pass in Iran.

Written in Persian, Akkadian, and an Iranian language known as Elamite, it recorded the feats of the Achaemenid king Darius the Great (r. 521–486 B.C.).

By deciphering repetitive words such as “Darius” and “king” in Persian, scholars were able to slowly piece together how cuneiform worked. Called Assyriologists, these specialists were eventually able to translate different languages written in cuneiform across many eras, though some early versions of the script remain undeciphered.

Today, the ability to read cuneiform is the key to understanding all manner of cultural activities in the ancient Near East—from determining what was known of the cosmos and its workings, to the august lives of Assyrian kings, to the secrets of making a Babylonian stew. Of the estimated half-million cuneiform objects that have been excavated, many have yet to be catalogued and translated. Here, a few fine and varied examples of some of the most interesting ones that have been. 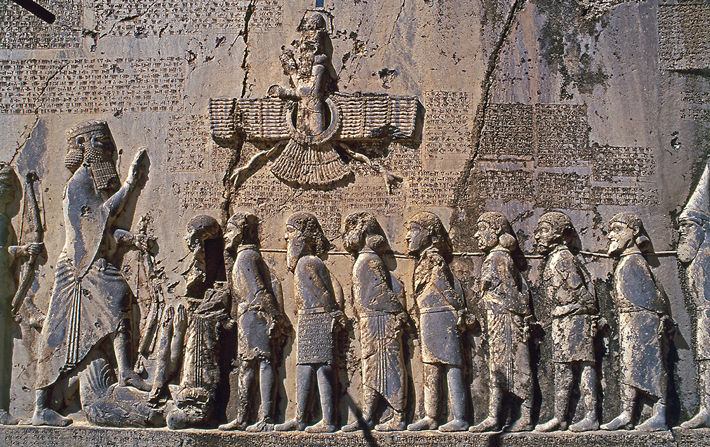