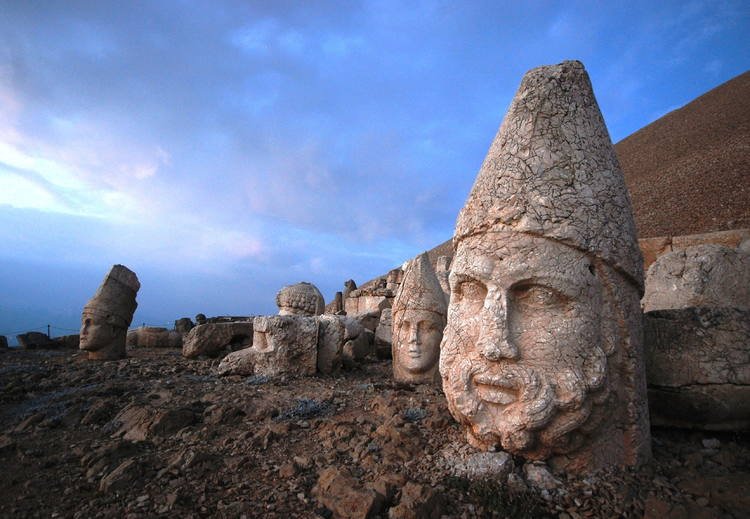 Antiochus I, an Armenian king whose lineage connected him to the Seleucids, Ptolemies, and Macedonians, ruled the small territory of Commagene in Asia Minor in the 1st century B.C. In 64 B.C., Commagene became a Roman province when Antiochus reached a peaceful agreement with Pompey, who had just conquered Syria. Five years later the Roman Senate recognized Antiochus as a friend of the state, awarding him the Toga Praetexta. Antiochus maintained contact with the Roman Empire throughout his reign, even supplying soldiers to Pompey during his conflict with Julius Caesar. 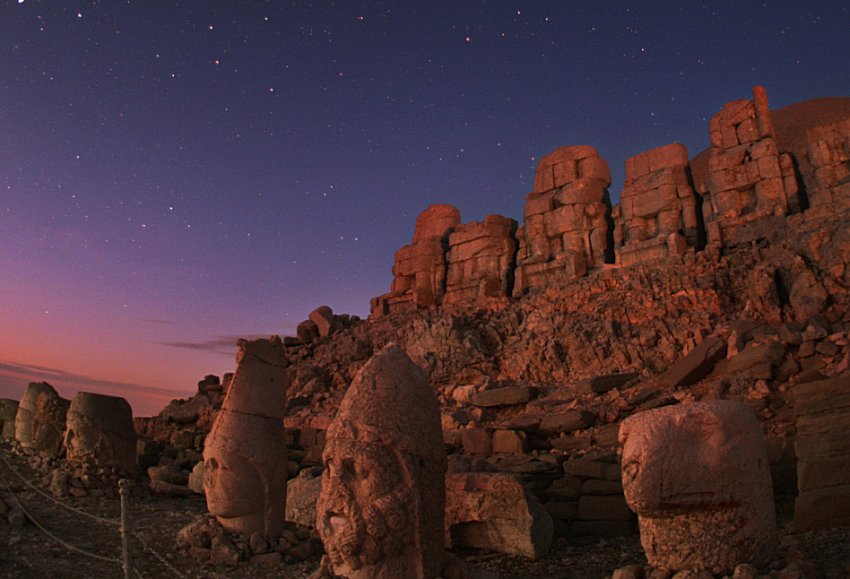 For his mortuary complex, Antiochus ordered the assembly of a mountain of crushed rock, reaching 50 meters into the air. Master sculptors carved a monumental scene of the king seated among the gods, including Greco-Roman deities such as Zeus, Apollo, and Heracles. Over the centuries, the colossal statues, each over 9 meters tall, have been damaged by earthquakes and their stone heads have been sent rolling down the hillside. King Antiochus’ burial complex, now known as Mount Nemrut Archaeological Site, was first rediscovered in 1881, but archaeological activity only began in 1953. Since the start of excavation, most of the heads have been found, in addition to temples, bas reliefs, and inscriptions. 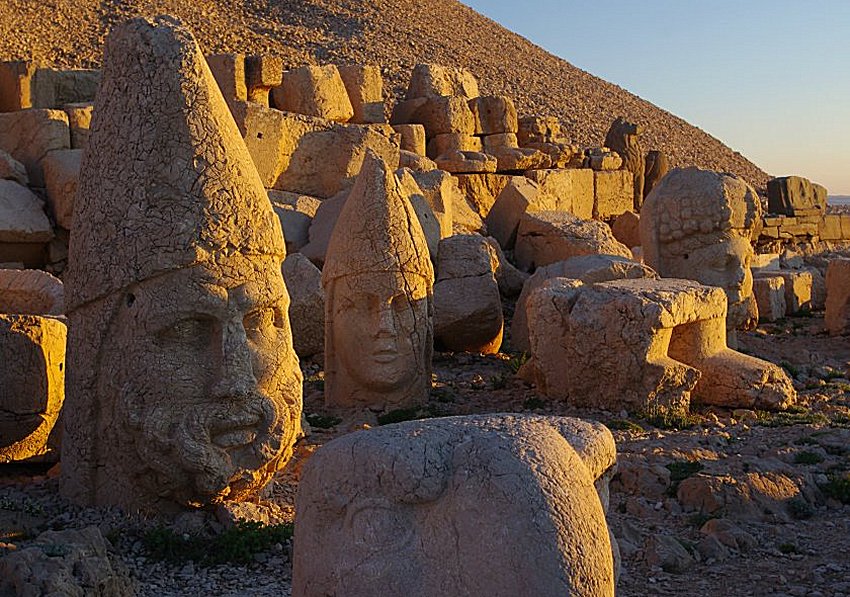 The Hierotheseion of Antiochos I is one of the most ambitious constructions of the Hellenistic period.

The harsh climate at the summit of Mount Nemrut has eroded the stones that compose King Antiochus’ burial monument. At the end of the 20th century, the complex was in dire need of a drainage system, materials conservation, and a tourism management plan. The Mount Nemrut Archaeological Site was listed on the Watch in 2000, calling attention to the urgency of the situation and noting the efforts of the Turkish Ministry of Culture to improve the site. 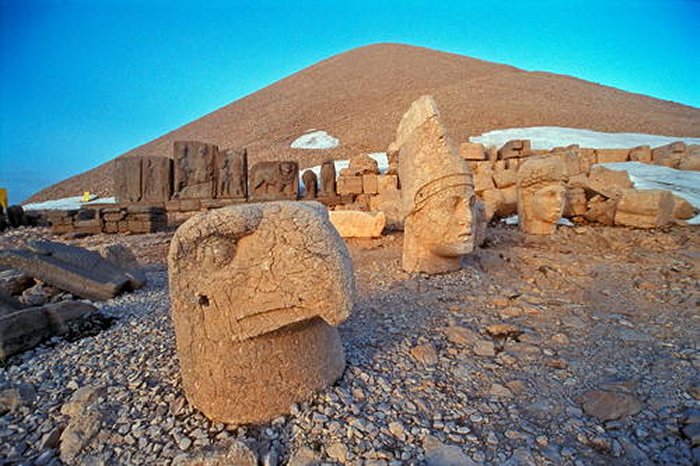 The Ministry and the International Nemrud Foundation, a Dutch non-profit organization charged with the stabilization, conservation, and presentation of the site, jointly undertook surveying and conservation work. INF and its local partner, the Turkish Democracy Foundation, solicited WMF to lead the stone conservation and structural consolidation initiatives and to participate in drafting a comprehensive management plan. Two roundtable symposia were held, one on site and one in Amsterdam, resulting in a complete agenda for restoration. The University of Amsterdam Archaeology Center, Turkish geologists, conservators, and engineers from Middle Eastern Technical University, Ankara, all contributed to the work at the site. Due to this shared effort, the major threats to the site have been addressed.

King Antiochus I of Commagene ruled at a critical time for the Late Roman Republic; he was intimately involved with its politics and interacted with several of its legendary leaders, including Pompey the Great. Antiochus’ funerary complex, now known as the Mount Nemrut Archaeological Site, is a giant and spectacular tribute to its builder, with statues that rise over nine meters high on an immense burial mound. Indeed, the body of King Antiochus is thought to have been buried in chambers beneath his man-made mountain, though his tomb has yet to be found.

The sculpture, temples, inscriptions, and reliefs at Antiochus’ sacred mortuary complex are highly significant to archaeologists and scholars of Roman, Persian, Hellenistic, and Anatolian history. A sandstone relief found at the site depicts two people shaking hands, the earliest known image of this now ubiquitous gesture.

Mount Nemrut Archaeological Site was placed on UNESCO’s World Heritage List in 1987 and was established as a National Park the following year.