Throughout history, we have heard tales about these strange looking creatures that apparently live among us on Earth. There are so many stories about reptilian entities both in the past and in the present, as if these beings were since the beginning of time present on our planet.

History talks about them and modern day sightings are becoming more and more frequent. There have been stories of beings half-human, half-reptile for centuries, but is this just the result of human imagination or is there something more about these strange beings that have conquered our History texts.

Looking back in history, we find several tales about strange creatures, that were worshiped by our ancestors. In South America, Quetzalcoatl, Kukulkan are some of the gods which are well, reptilian beings worshiped as gods. Quetzalcoatl is a Mesoamerican deity whose name comes from the Nahuatl language and means “feathered serpent” The worship of a feathered serpent is first known documented in Teotihuacan in the first century BCE or first century CE.

A feathered serpent deity has been worshiped by many different ethno-political groups in Mesoamerican history. The earliest iconographic depiction of the deity is believed to be found on Stela 19 at the Olmec site of La Venta, depicting a serpent rising up behind a person probably engaged in a shamanic ritual.

This depiction is believed to have been made around 900 BC. To the Aztecs, Quetzalcoatl was, as his name indicates, a feathered serpent, a flying reptile (much like a dragon), who was a boundary-maker (and transgressor) between earth and sky. He was a creator deity having contributed essentially to the creation of Mankind. Kukulkan is the name of a Maya snake deity that also serves to designate historical persons.

Although heavily Mexicanised, Kukulkan has his origins among the Maya of the Classic Period, when he was known as Waxaklahun Ubah Kan , the War Serpent, and he has been identified as the Postclassic version of the Vision Serpent of Classic Maya art. 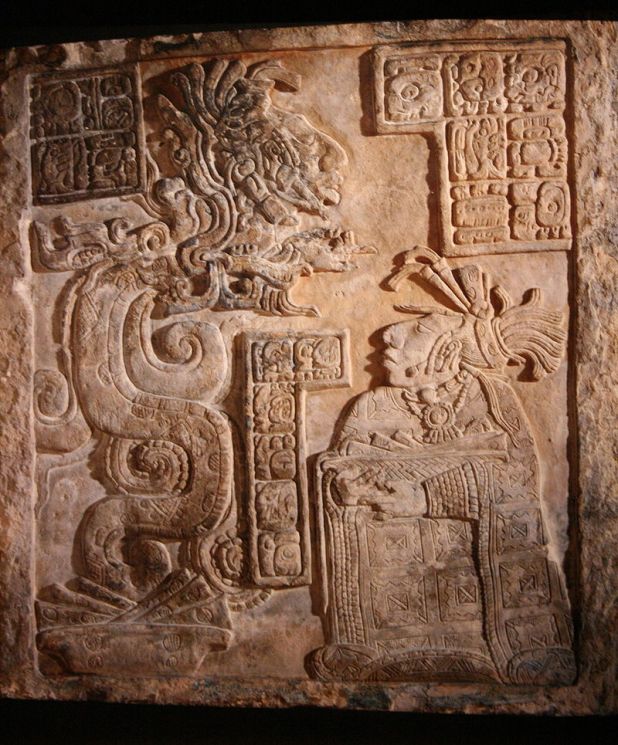 But these tales are not only present in Mesoamerican cultures, they are heavily present in Asia and Ancient Asian civilizations who talk about dragon emperors and dragon gods. Is it possible that ancient man interacted with these strange beings that we today call the Reptilians? Some people will even interpret texts in the bible and suggest that they are linked with otherworldly reptilian creatures. The Seraphim, and we can read about them in the Book of Isaiah. In the Bible the book of Genesis has a story about a serpent who tempts Eve by offering her the forbidden fruit from the Tree of Knowledge.

Eve falls for the snake’s blandishments and she eats of that apple and forever changes human history, causing Adam and Eve to be expelled from the Garden of Eden and the serpent was punished doomed to slither upon the ground as a punishment for his disobeying God’s will. In ancient legend, according to texts, the snake that offered the forbidden fruit to Eve was a humanoid figure prior to God punishing the serpent. What we have here is a description of a reptilian being in the Bible.

In the Koran we also have strange stories about beings that are called the Djinn, who were according to texts, present on Earth prior to humans. The story tells that at one point Iblis, the leader of the Djinn offended God was rebellious and was cursed like the serpents in the Garden of Eden becoming Earthbound trapped on Earth for eternity.

There is a Hopi legend about three cities on the Pacific Coast that were completely underground, and according to this legend, 5,000 years ago a meteor shower caused strange beings, described as the lizard people to seek refugee underground. These creatures constructed a elaborate network of tunnels located under Los Angeles, using advanced technologies that could even melt rock. In Benares, India there is a nearly identical legend that talks about the Well of Sheshna, which in Hindu legend is an entrance into an underground city of the Nagas that according to texts, are a race of semi-divine serpent people that live in a underground city, called Patala. According to mythology it is a place of great power and only the holy could make contact with it. We have different cultures that practically share the same beliefs, cultures that according to history were never interconnected yet share many similar stories. 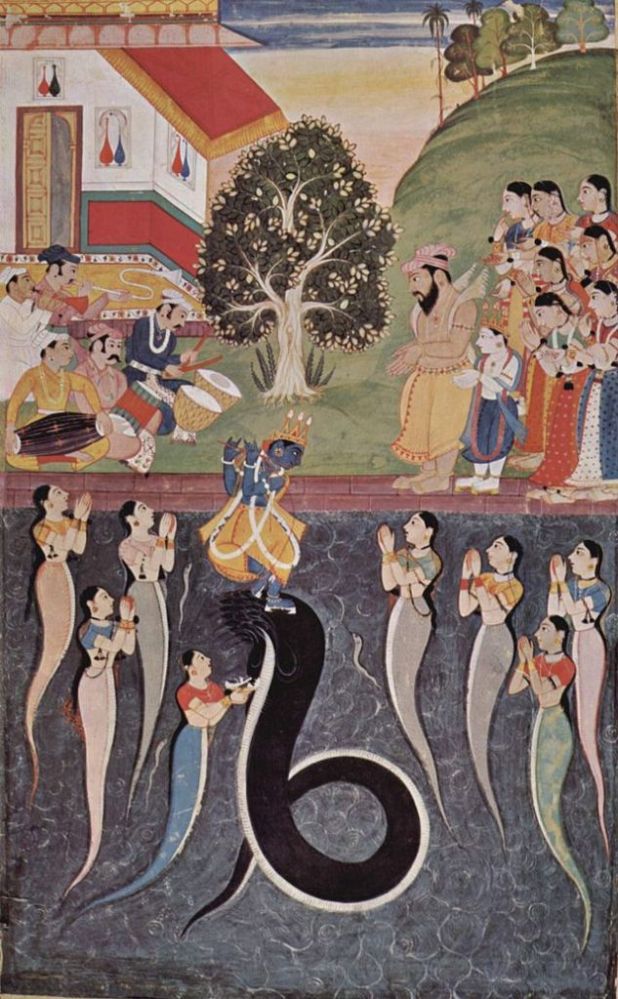 Lord Krishna dancing on the serpent Kaliya; while the serpent’s wives pray to Krishna. Credit Wikipedia

The Ubaid culture is another great example of tales that talk about strange beings that resemble the description of what we today know as the reptilians. The Ubaid culture spread north across Mesopotamia gradually replacing the Halaf culture. British archaeologist Sir Leonard Woolley was among the first to excavate modern day Iraq in search of evidence of one of the oldest agricultural communities in the world. A humanoid figure with lizard characteristics was discovered and it has shocked archaeologists. Figurines depicting strange looking beings, with a lizard look are unique and they are displayed in unceremonious poses that seem to indicate they were not gods, but perhaps ordinary beings living among the humans.