The Panxian Dadong Caves are known to have housed humans 300,000 years ago. It is also known that large animals inhabited the vicinity of the caves as well. Scientists, however, were extremely surprised to find prehistoric deposits indicating massive stegodons and rhinoceros also lived, or at least died, inside the caves. They found this very strange, seeing as how the caves are 1,600 meters (5,250 ft) above sea level.

Paleoanthropologist Lynne Schepartz stated how rare is is to find animals in a cave that don’t typically live in them. She believed that stegodons and rhinos were very unlikely to simply wander into the cave. Rhinos, in particular, are solitary animals that graze on their own. And yet, here lie their remains.

One theory involves carnivorous animals killing the mammals and dragging them into the cave. The most likely answer, though, would be human intervention. Inspection of the bones showed that they were burnt and then pounded by what could only have been a tool made out of stone.

The last expedition to the cave took place in 1998. To date, no further progress has been made in determining just exactly how those large animals got into the cave at all. 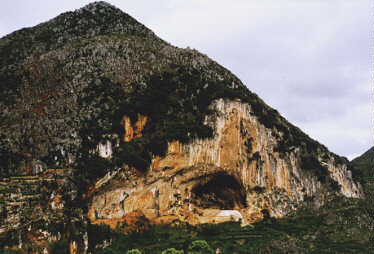