According to reports, the world’s OLDEST Pyramids have been discovered on the Atlantic Coast of Southern Brazil. That is of course if you ignore all other ‘provocative’ discoveries such as the Pyramids of Bosnia, Indonesia or Antarctica, and the fact that we have absolutely no idea what the exact age of the Pyramids of Giza is.

Just like the Pyramids in other countries, these found in South America are believed to have been built for religious purposes. Near the mysterious structures, researchers discovered hundreds of human burials and grave goods which include stone plaques, shell breast plates on a series of figurines representing numerous animals from the region. 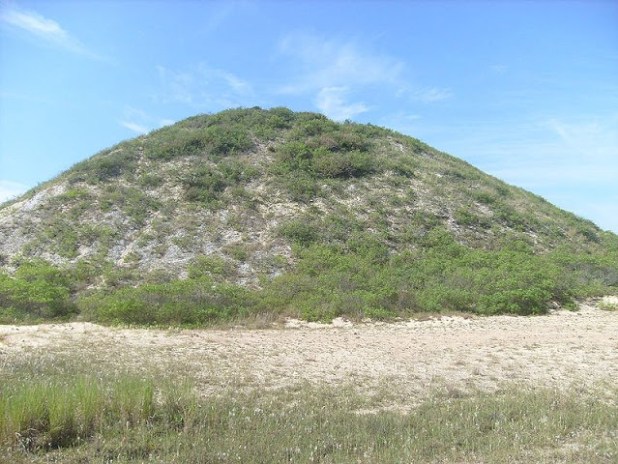 Shell mound or Pyramid? According to researchers these are in fact the oldest known Pyramids on the planet

According to researchers, even though the Brazilian Pyramids share a few similarities with the pyramids of ancient Egypt, there wasn’t any contact among civilizations around the world, and the concept of Pyramid construction was invented independently in every continent. This theory however has been challenged by a number of researchers who suggest that ancient civilizations were connected thousands of years ago. In Brazil these so-called Pyramids are referred to as Sambaqui. Many believe that these anomalous formations are nothing more than the accumulation of organic matter and this has been a subject for debate among researchers for years. Sambaqui or Shell middens are found in coastal zones all over the world. Consisting mostly of mollusc shells, they are interpreted as being the waste products of meals eaten by nomadic groups or hunting parties. Some are small examples relating to meals had by a handful of individuals, others are many metres in length and width and represent centuries of shell deposition

The fact that the Brazilian Pyramids were built exclusively out of sea shells is why researchers did not realize what they were sooner. According to reports, for years Brazilian scholars believed these ancient sites were mere pile of domestic rubbish that originated from surrounding settlements. According to an article written by the Independent, in terms of volume, the Brazilian Pyramids were much bigger than the earliest examples in Egypt, and almost as high. According to archaeological studies, it is believed that originally, there were around a thousand Brazilian pyramids – and some of them were apparently around 5,000 years old, others less ancient. Regrettably, fewer than 10 per cent of the structures survived in various states of preservation.

According to experts, one of the largest surviving examples of the Brazilian Pyramids can be found near the town of Jaguaruna and covers 25 acres of land standing 100 feet in height, which is believed to be up to 65 feet less than its original height.

“Our new research shows that Brazil’s prehistoric Indians 5,000 years ago were more sophisticated than we had thought and were capable of producing truly monumental structures,” said Professor Edna Morley, the director of the Instituto do Patrinionio Historico e Artistico National (National Heritage Institute) in Santa Catarina where most of the Brazilian pyramids have been discovered.