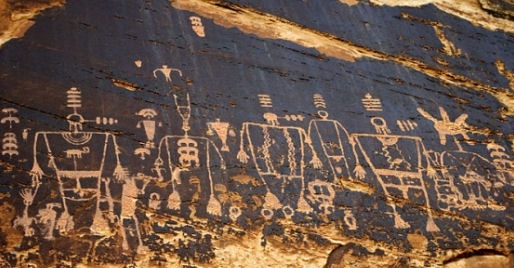 ANCIENT CIVILISATIONS – The Anasazi are an ancient people that lived thousands of years ago in the desert canyons in the southwest of North America. They are often suspected to have had some connection with aliens. According to believers, the Anasazi either had seen aliens, were abducted by them or were aliens themselves. There are indeed some facts that could be interpreted in such a way.

The name Anasazi has a meaning in the old Navajo language. It can be translated as, “ancient strangers” or “ancient enemy”. Replace “stranger” by “alien” and you could say that the Indians thought the Anasazi were aliens, or beings from another place.

The Anasazi first appeared as a people around 1200 BC. There are some indications (in Indian legends) that they arrived from the West by ships. Archeologists find some similarities with ancient cultures of Central America.

Over many centuries, the Anasazi lived in the North American Four Corners (the area where New Mexico, Colerado, Arizona and Utah meet). They developed a typical, advanced architecture and religious life. They have left behind many petroglyphs and other rock art, through which we get an impression of what they saw or believed.

They built an astronomical observatory and used a ceremonial calendar to plan their daily and religious life. Another remarkable phenomenon is the elaborate road system. In their dwellings they constructed a central hole in the floor, representing the entrance from the underworld (third world) into the fourth world on Earth.

In the 13th century AD, the Anasazi suddenly disappeared. Some traces of their culture can be found in modern day Indian tribes like the Hopi, but this is not enough to prove that the Anasazi just packed their bags and left for another location. On the other hand, the idea that they left by spaceship also remains speculative of course.

Aliens or not, there are enough similarities with other ancient sites around the world (such as Stonehenge) to say that the Anasazi were the bearers of a global ancient culture. As members of that culture, they had knowledge of astronomy and an understanding of the universe. Their disappearance remains a mystery. 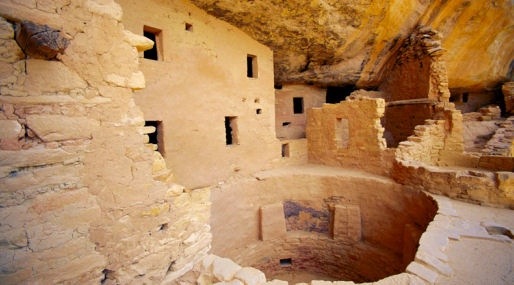