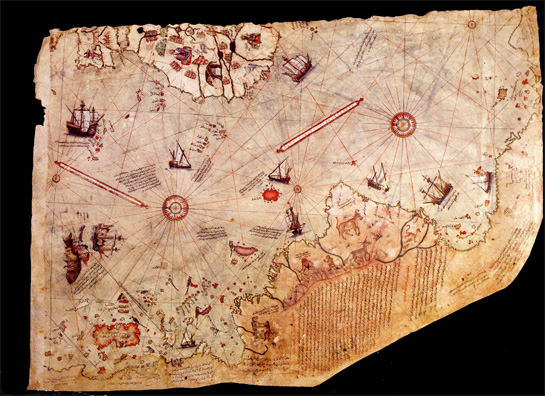 The Piri Reis map remains one of the strangest ancient discoveries of modern times.

Many ancient artifacts were found during the topkat palace, Turkey, reorganization among them was the Piri Reis. The map drew immediate attention as it was one of the earliest maps of America, and the only 16th century map that shows South America in its proper longitudinal position in relation to Africa. The map is drawn on gazelle skin and was compiled in 1513 by Ottoman-Turkish military admiral and cartographer Piri Reis. The half of the map which survives shows the western coasts of Europe, North Africa, and the coast of Brazil. Various Atlantic islands, including the Azores and Canary Islands are shown, as is the mythical island of Antillia and possibly Japan.

The most puzzling aspect of the map is its depiction of Antarctica. According to the history books, the first confirmed sighting of Antarctica occurred in 1820 by the Russian expedition of Mikhail Lazarev and Fabian Gottlieb von Bellingshausen. The Piri Reis map not only shows a land mass near present day Antarctica, but it depicts Antarctica’s topography as not being masked by ice and in great detail. It has been estimated that Antarctica has been covered with ice for around 6000 years.

Many people have raised the question, how could a Turksih admiral from half a millennium ago map a continent’s topography that has been covered with ice for thousands of years? Reports have been published claiming that the Ottoman Empire had knowledge of some form of ancient Ice Age civilization. However, these claims are generally considered to be pseudo-scholarship, and the scholarly opinion is that the region sometimes thought of as Antarctica is more likely Patagonia or the Terra Australis Incognita (Unknown Southern Land) widely believed to exist before the Southern Hemisphere was fully explored.

On the map, Piri Reis gives resource credit to a map drawn by Christopher Columbus, which has never been discovered. Geographers have spent several centuries unsuccessfully searching for a “lost map of Columbus” that was supposedly drawn while he was in the West Indies. After the discovery of the Piri Reis map, an unsuccessful investigation was launched to find the lost Columbus source map. The historical importance of the Piri Reis map lies in its demonstration of the extent of Portuguese knowledge of the New World in 1510. The Piri Reis map is currently located in the Library of the Topkap Palace in Istanbul, Turkey, but is not currently on display to the public. 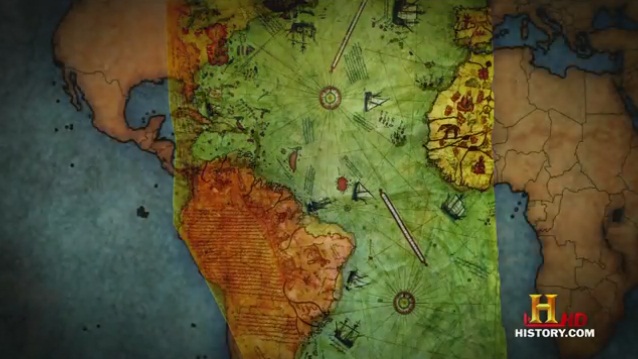