It turns out that the mysterious ‘pyramid of Ceres’ has a strange ‘glowing’ side according to a set of new images beamed back by the Dawn Spacecraft.

Bright lights that defy explanation and mysterious ‘Pyramidal-shaped’ structures are just some of the mysterious features on dwarf planet Ceres. 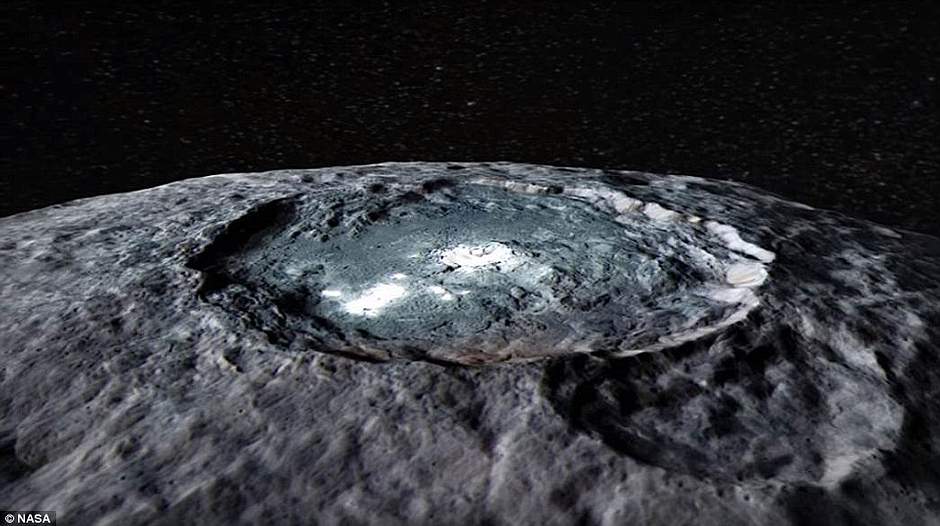 According to astronomers, the ‘Pyramid of Ceres’ is in fact a ‘dome’ with smooth, steep walls – one of which appears to glow.

Astronomers are baffled as to how the structure came into existence in the first place.

On March 6, 2015, the Dawn Spacecraft accomplished an amazing thing by reaching the dwarf planet – located in the asteroid belt between Mars and Jupiter – in a historical achievement.

Ever since it arrived at the anomalous dwarf planet, the spacecraft has delivered countless materials to scientists on Earth which were able to explore the dwarf planet like never before, learning it has numerous ‘alien’ spots and mysterious features that are until today, unexplained.

‘Ceres has defied our expectations and surprised us in many ways, thanks to a year’s worth of data from Dawn. We are hard at work on the mysteries the spacecraft has presented to us,’ said Carol Raymond, deputy principal investigator for the mission, based at Nasa’s Jet Propulsion Laboratory, Pasadena, California.

Two of the most enigmatic features discovered on Ceres are its mysterious bright spots, and Pyramidal shaped structure. 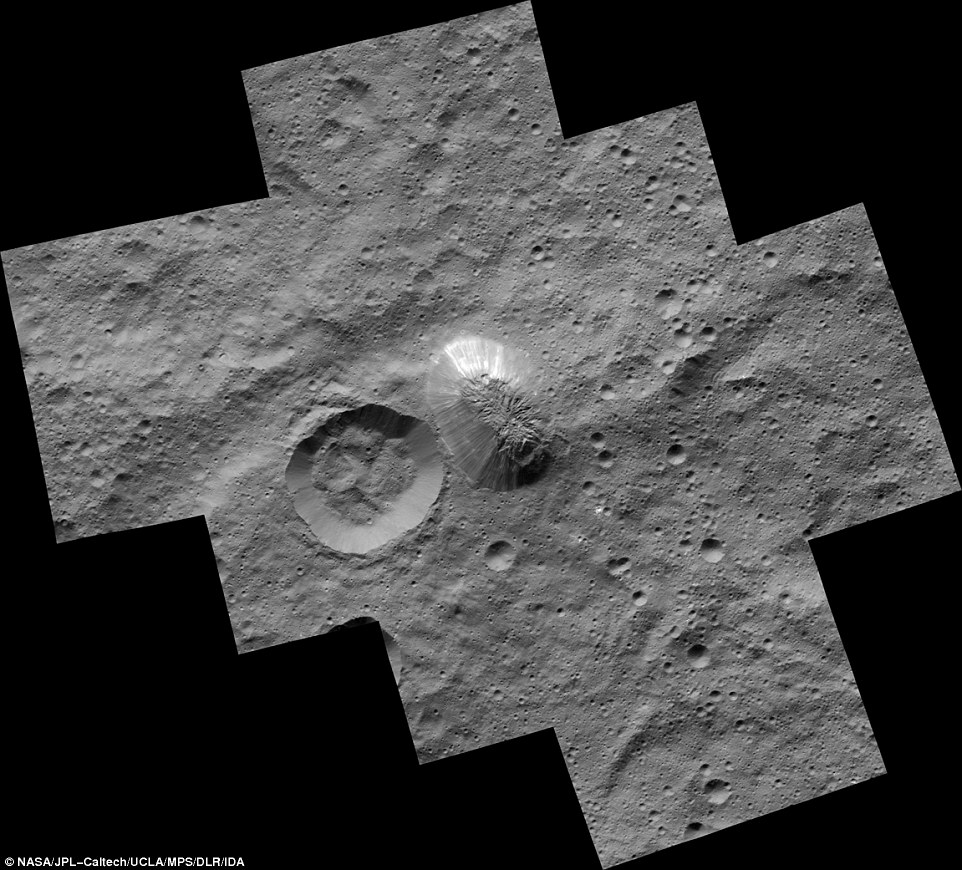 The ‘Alien’ Pyramid, as it has been dubbed by some is in fact called Ahuna Mons. At a distance of 46,000 kilometers, the enigmatic feature on Ceres looked like a small pyramid on the surface of the dwarf planet. As the Dawn spacecraft circled Ceres at much lower altitudes, the exact shape of the enigmatic ‘Pyramid’ on the dwarf planet came into focus. Now, with the new images beamed back from Dawn, scientists have learned that Ahuna Mons looks like a dome with smooth, steep walls. Scientists say that on its steepest side, Ahuna Mons rises 5 kilometers in height.

However, even though Ahuna Mons isn’t a Pyramid like it was said before, the mysterious structure still remains a great mystery for researchers.

‘No one expected a mountain on Ceres, especially one like Ahuna Mons,’ said Chris Russell, Dawn’s principal investigator at the University of California, Los Angeles.

‘We still do not have a satisfactory model to explain how it formed.’

Andreas Nathues, lead author of one of the studies about the enigmatic bright spots on Ceres, from the Max Planck Institute for Solar System Research in Germany, announced that the material that causes the mysterious bright lights is consistent with a type of magnesium sulfate called hexahydrite. A different type of magnesium sulfate is familiar on Earth as Epsom salt.

“The global nature of the bright spots of Ceres indicates that the planet has a layer containing brackish underground water ice,” said Nathues, which further reinforces the theory that Ceres holds beneath its surface a huge amount of frozen water.

Ufologists, however have a very different opinion.

According to them, he Occator crater is filled with ‘anomalous’ structures that are anything but natural formations. Several Ufologists who have taken a look at the newest images from dwarf planet Ceres suggest that several ‘buildings’ are seen next to the bright spots. Researchers have not been able to explain the mysterious shapes and bright spots that have caused quite a debate on social networks.