What is the real Mona Lisa mystery? 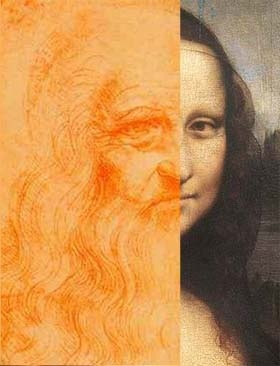 The most famous portrait by Leonardo Da Vinci is an unresolved mystery of all times. Two of the biggest mysteries are her identity and the way she smiles.

The most recent explanation about this identity states that it is the feminine version of Da Vinci himself. Digital analysis reveals that the facial characteristics of Da Vinci are in perfect alignment with those of the woman in the painting.

Then comes the way the lady smiles!! The appearance and disappearance of the lady’s smile really is an attribute to the viewer’s vision and this mystery is explained using the art technique sfumato- developed by Da Vinci. In this technique the painting is left a bit blurry, thereby leaving its interpretation on the viewer’s choice!!

The biggest mystery is the secret code of the Mona Lisa 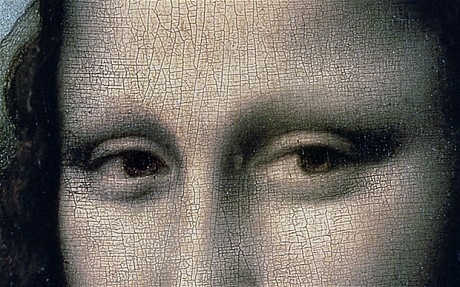 Now members of Italy’s National Committee for Cultural Heritage have revealed that by magnifying high resolution images of the Mona Lisa’s eyes letters and numbers can be seen.
“To the naked eye the symbols are not visible but with a magnifying glass they can clearly be seen,” said Silvano Vinceti, president of the Committee.

In the right eye appear to be the letters LV which could well stand for his name Leonardo Da Vinci while in the left eye there are also symbols but they are not as defined.

He said: “It is very difficult to make them out clearly but they appear to be the letters CE or it could be the letter B – you have to remember the picture is almost 500 years old so it is not as sharp and clear as when first painted.

“While in the arch of the bridge in the background the number 72 can be seen, or it could be an L and the number 2.”

The numbers and letters are not visible to the human eye but have to be viewed under a microscope.

Mr Vinceti, who has travelled to Paris to examine the painting in the Louvre gallery where it is on display, explained that in true Dan Brown style they were put onto the mystery after fellow committee member Luigi Borgia discovered a musty book in an antique shop.

The 50 year old volume describes how the Mona Lisa’s eyes are full of various signs and symbols and he added: “We are only at the start of this investigation and we hope to be able to dig deeper into this mystery and reveal further details as soon as possible. “It’s remarkable that no-one has noticed these symbols before and from the preliminary investigations we have carried out we are confident they are not a mistake and were put there by the artist.”

Mr Vinceti is part of the group asking French authorities for permission to exhume Da Vinci’s remains from his tomb at Amboise Castle in the Loire Valley. They want to see if the artist’s skull is there so that they can try and recreate his face and establish if the Mona Lisa is a self portrait of the artist, as many people believe.

Some historians believe that Da Vinci was homosexual and that his love of riddles led him to paint himself as a woman. Another theory is that the Mona Lisa is Lisa Gheradini, the wife of Florence merchant – or possibly even the artist’s mother. Six months ago Mr Vinceti also made headlines around the world after discovering the bones of Renaissance wild man artist Michelangelo Merisi, otherwise known as Caravaggio, in a long forgotten crypt at Porto Ercole on Italy’s Tuscan coast. Mr Vinceti added: ”Da Vinci put a special emphasis on the Mona Lisa and we know that in the last years of his life he took the painting with him everywhere – he didn’t like it to leave his side and carried it in a secure case.

“We also know that Da Vinci was very esoteric and used symbols in his work to give out messages and we have examined other paintings and have not found any similar numbers or letters.

“Painters we have spoken to have also said they are unlikely to have been put there by mistake so we are confident that they are a message from Da Vinci and were specifically inserted into the eyes by him.

“What adds to the intrigue is that they are in the pupils, the darkest part of the eyes, so they would only be none by him – if he had wanted them to be more widely seen then he would have put them into the more visible white parts of the eyes.

“The question now is what to they mean – we are fairly confident that the LV is probably his signature but the other numbers and letters? Who knows they may even possibly be a love message to the figure in the painting.” 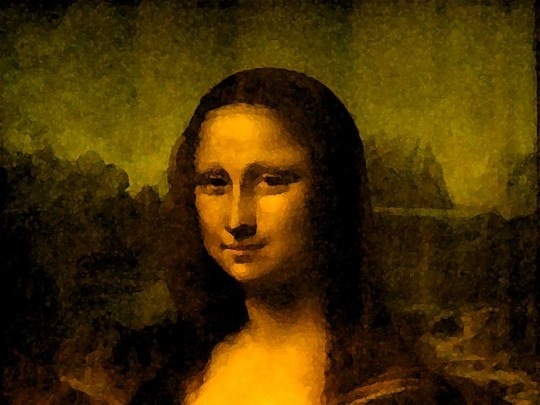 A little history of the Mona Lisa

The Mona Lisa is an oil on panel painting owned by the French government and is known in Italy, where it was painted, as La Gioconda. The image is so widely recognised and caricatured that it is considered the most famous painting in the world.

In August 1911 the painting was stolen by an Italian employee at the Louvre who felt that it should be returned to its native Italy and it was only returned two years later after being put on display widely across the country.

It suffered two vandal attacks in 1956 and since then has been behind bullet proof glass – which protected it from the last assault last year when a Russian woman angry at being refused French citizenship threw a tea mug at it which shattered as it hit the glass.