Skip to content
FREE GLOBAL SHIPPINGLIMITED TIME ONLY
PROJECT:YOURSELFCrystal Quality Guarantee
A deeper look into the mythological & astronomical evidence that suggests mankind’s history is cyclical instead of linear – and what this means for our future. 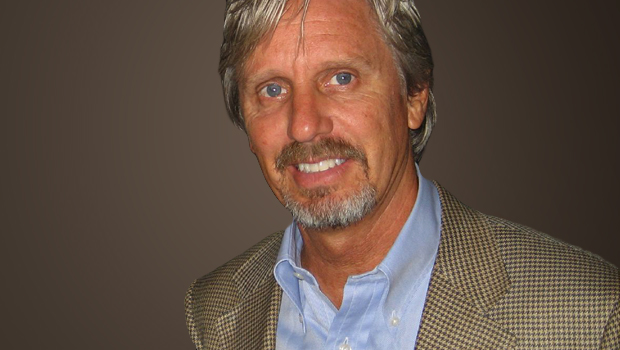 An ancient look at our future

The evidence for mankind’s cyclical history spans across time and space, manifesting itself in a variety of cultures through the ages.

The Greek historian Hesiod spoke of the wonderful nature of the last golden age, when “peace and plenty” abounded, and Hopi myths tell us of cities at the bottom of the sea. Ancient peoples typically broke the great cycle into an ascending and descending phase, each with four periods.

According to Vedic scriptures, when the autumnal equinox moves from Virgo to Aries, humanity moves through the ascending Kali, Dwapara, Treta, and Satya yugas, or eons, before slowly declining in reverse order as the equinox completes its journey (the Satya Yuga marks a golden era).

As stated, the Greeks and other early Mediterranean civilizations described similar periods and labeled them the Iron, Bronze, Silver, and Golden ages. The ancient Maya and Hopi used names such as “worlds” and “suns” and numbered them to identify specific epochs.

Whatever language is used, the concept is the same. In his book, The Holy Science (1894), Sri Yukteswar explains that when our solar system is at a point farthest from its companion star, humanity’s consciousness is at its lowest point (which last occurred around 500 AD), and when the sun is at its closest point (which next occurs in 12,500 AD), consciousness reaches its highest point in this cycle. These celestial points are located at the intersection of the autumnal equinox sun and one of the zodiac’s twelve constellations – the celestial clock.

When the AE sun is in Aries, which is almost always placed in the twelve o’clock position of the zodiac, the Earth is in the best possible stellar environment, making it easy for many people to experience an awakened state of consciousness. When the AE sun is in the constellation Libra, conditions are at their worst, and a dark age, a period of deluded consciousness, prevails.

Please note that I am not saying the stars or constellations cause the changes, or giving any credence to horoscope astrology.

Rather I am pointing out that we can tell where we are in the Great Year by using the stars as a celestial clock. In fact we can do the same with the seasons. When Orion is high in the evening sky we know it is winter. Orion does not cause winter but if we just woke from a coma we could look at the sky, and with just a bit of knowledge, determine exactly where we are in the calendar.

The two equinoxes act as markers on the face of the celestial clock. The ancients used the autumnal equinox (AE) as the hour hand of the ages, with 500 AD as the low point. The renaissance represents the awakening from the Kali Yuga (Iron Age) to the Dwapara Yuga (Bronze Age). That process is now quickening at an exponential rate, akin to the Sun casting more light as it rises above the horizon.

According to Eastern teachings it means we are now awakening from a time when individual consciousness perceived itself as purely a physical form, living in a strictly physical universe, to a time when we begin to see ourselves and the universe as more transparent and mostly made up of subtle energy.

This began with the discoveries of the Renaissance (principles of electricity, laws of gravitation, microscopes, telescopes, and other inventions that expanded our awareness) and has accelerated since with the emergence of quantum physics, which shows us that matter and energy, are interchangeable and proves Einstein’s concepts that even time and space are relative. In short, we are back on the upswing, just beginning to “remember” ourselves as pure consciousness living in a world of undreamed of possibilities.

People often forget what the world was like just five or six hundred years ago, when every nation was at war, plagues and poverty decimated large populations, lifespans were half what they are today, individual rights were nonexistent, and justice was doled out through torture, inquisition, or burning at the stake.

Yes, the world still has problems, but consciousness and awareness are expanding rapidly, manifesting in many ways…

In the U.S. alone, millions of people are meditating, doing yoga, and using “nontraditional” healing practices to maintain their well being. And from the perspective of technology, many believe we are now approaching the “point of singularity” Ray Kurzweil explored in his book The Singularity Is Near – an acceleration of intelligence which will blur the distinction between man and machine. But it is so much more.

Can there be any doubt that improvements across all areas of society over the next five hundred years will be off the charts compared to those of the last five hundred?

Some advocates and astronomers use the vernal equinox (VE), which is now in Pisces at the “dawning of the age of Aquarius,” to tell precessional time. Thus, there is a kernel of truth in the popular 1960s song “Aquarius.” Other cultures used the solstices, which would be a line drawn perpendicular to that of the equinoxes.

Presently, the winter solstice intersects the Galactic Center in Sagittarius. Because this happens in the precessional cycle within just a decade on either side of 2012 (the Mayan calendar end date), Mesoamerican scholar John Major Jenkins believes this culture used it to delineate a “new time,” such as a quickening or spring in a Great Year.

Whatever solar marker is used (equinox or solstice), the celestial clock is a simple way to tell time within a Great Year, and right now all hands point to a brightening of consciousness. The importance of the precessional clock can be seen in the system of time we use to this day: 24 hours in a day, with 12 hours of ascending light, a.m., and 12 hours of descending light, p.m. It is a perfect microcosm of a Great Year, with its 24,000 years, 12,000 ascending and 12,000 descending.

Do we know our real place in cosmic history?

A deeper message than telling time in a Great Year is recognizing that there is a grand cycle to life that affects us all. Having lost this knowledge, we are a society that has lost an understanding of its place in cosmic history. Like an individual with amnesia, we forgot our past and therefore harbor a deep angst about the future.

But when we remember our rich and beautiful history, we rediscover our incredible potential and begin to see and act with clarity. The current time is akin to the last days of winter – things are thawing out. Personally, I am very optimistic about the future. Of course, all the flowers do not bloom on spring’s first day; nonetheless, understanding our place in the Great Year assures us that it could soon be brighter and more beautiful than we have dared to imagine. Our ancestors tell us so.

Could our sun be part of a binary system?

The fact is most of our solar system science today is still based on the Copernican heliocentric system that requires the sun to be static, without motion. When we unleash the sun from this old idea we may start seeing our world, the universe, and even our past and future with a newfound sense of clarity.*