Pyramids are a true global phenomena. Built by ancient civilizations across the world, we can find Pyramids in every corner of our planet. These Pyramids are huge, precise and are a true masterpiece of engineering, something that constructors today would have a difficulty in replicating.

But what are the worlds largest Pyramids and how do you decide? Well we decided to measure the volume of “a” Pyramid using the mathematical formula: Length of base * Width of base * Height * 1/3, and here is our top 5: 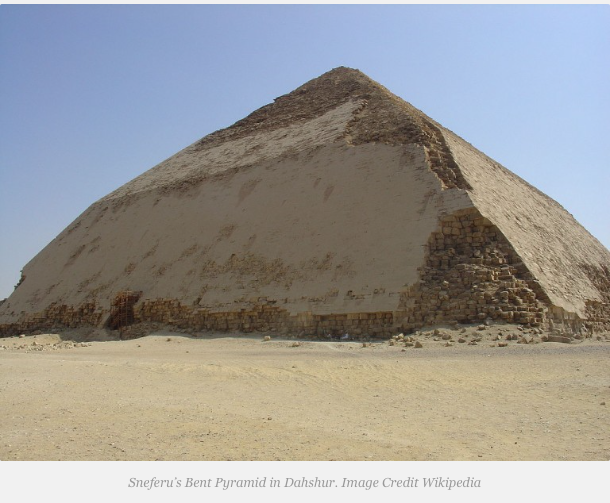 Located at the royal necropolis of Dahshur just outside Cairo it is a unique example of early pyramid development  built under the Old Kingdom Pharaoh Sneferu. The lower part of the pyramid rises from the desert at a 54-degree inclination, but the top section is built at the shallower angle of 43 degrees giving the Pyramid it’s “bent” shape.

According to studies, archaeologists now believe that the Bent Pyramid represents a transitional form between step-sided and smooth-sided pyramids. One of the relatively unusual features of the Bent Pyramid is that it has two entrances. Each entrance leads to a chamber with a high, corbelled roof.

A satellite pyramid, built to house the Pharaoh’s Ka, is located 55 meters south of the Bent Pyramid. 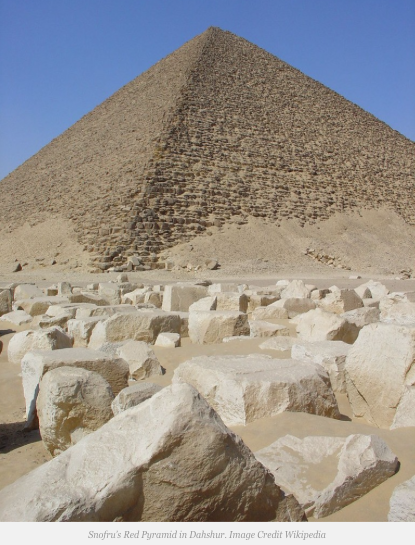 Also called the North Pyramid,  was the third pyramid built by Old Kingdom Pharaoh Sneferu. It is the largest of the three major pyramids located at the Dahshur necropolis and the name “Red Pyramid” is attributed to the reddish hue of its granite stones.

At the time this Pyramid was completed, it was the tallest man-made structure in the world and according to archaeological studies, it is believed that the Red Pyramid is the world’s first successful attempt at constructing a “true” smooth-sided pyramid. Construction is believed to have begun during the thirtieth year of Sneferu’s reign. 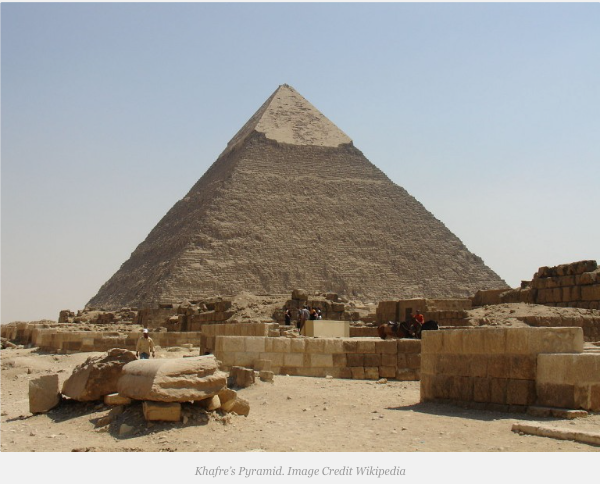 The Pyramid of Khafre is the second-tallest and second-largest of the Ancient Egyptian Pyramids of Giza and the tomb of the Fourth-Dynasty pharaoh Khafre. The pyramid is believed to have been built of horizontal courses. The stones used at the bottom are much larger in size, but as the pyramid rises, the stones become smaller. This Pyramid also has two entrances that  lead to the burial chamber. Along the centerline of the pyramid on the south side was a satellite pyramid, but almost nothing remains other than some core blocks and the outline of the foundation. 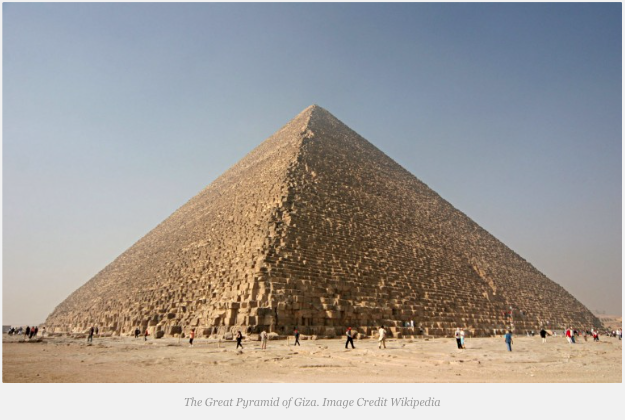 The Great Pyramid a true masterpiece and has rightly earned the title of a “Wonder”. It was built with such precision that our current technology cannot replicate it. Egyptologists believe that the pyramid was built as a tomb over a 10 to 20-year period concluding around 2560 BC. The pyramid is estimated to have around 2,300,000 stone blocks that weigh from 2 to 30 tons each and there are even some blocks that weigh over 50 tons.

It was originally covered with casing stones (made of highly polished limestone). These casing stones reflected the sun’s light and made the pyramid shine like a jewel. They are no longer present being used by Arabs to build mosques after an earthquake in the 14th century loosened many of them. It has been calculated that the original pyramid with its casing stones would act like gigantic mirrors and reflect light so powerful that it would be visible from the moon as a shining star on earth. Appropriately, the ancient Egyptians called the Great Pyramid “Ikhet”, meaning the “Glorious Light”.  How these blocks were transported and assembled into the pyramid is still a mystery.

The four faces of the pyramid are slightly concave, the only pyramid to have been built this way. 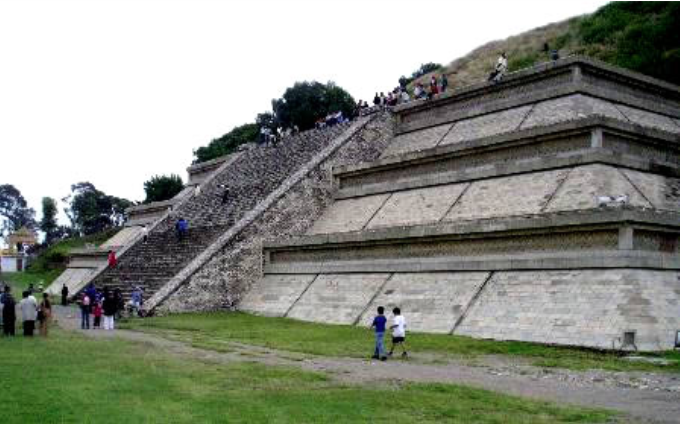 The temple-pyramid complex was built in four stages, starting from the 3rd century BC through the 9th century AD, and was dedicated to the deity Quetzalcoatl. According to the Guinness Book of Records, it is in fact the largest pyramid as well as the largest monument ever constructed anywhere in the world, with a total volume estimated at over 4.45 million cubic meters. According to the post-classic Aztecs, Xelhua (one of the seven giants in Aztec mythology who escaped the flood by ascending the mountain of Tlaloc in the terrestrial paradise) built the Great Pyramid of Cholula 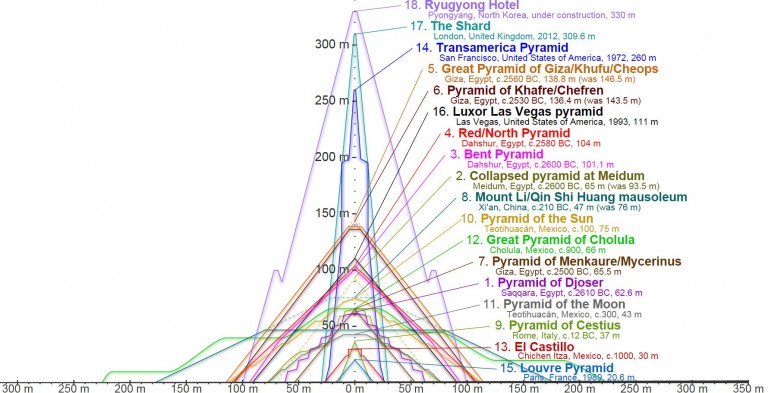