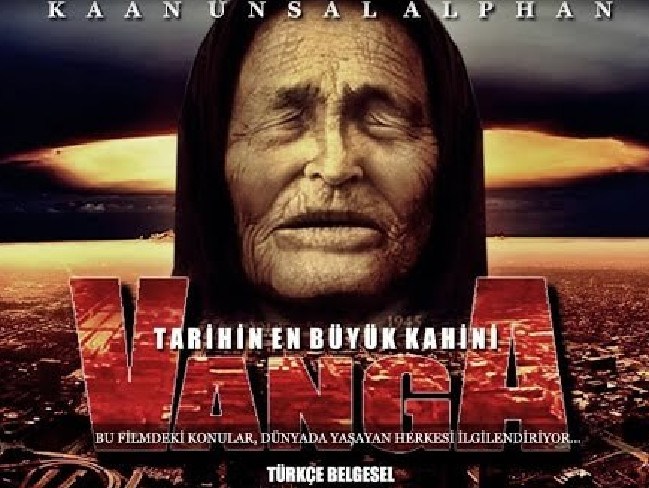 According to reports over 80% of her predictions were accurate! Baba Vanga, the Bulgarian prophet made predictions over 15 years ago that are unbelievably accurate and chilling. The Bulgarian mystic who suffered from complete blindness predicted that a “Great Islamic War” would happen in 2016, taking over the European Continent.

Baba Vanga which means Grandmother Vanga lived a normal and humble life, and people in Bulgaria consider her more as a healer who has helped hundreds of thousands of people than a prophet who foresaw some of the darkest ages in the history of our planet.

Baba Vanga who died in 1996 at the age of 85 allegedly warned the world about Muslim Extremists who would march into Europe in 2016.

Baba Vanga is credited with predicting the 9/11 Terror Attacks and the 2004 Boxing Day tsunami also seemed to have warned the world with her predictions about the rise of the terrorist group ISIS decades ago.

The woman known as the Nostradamus of the Balkans proved to have a chilling gift of making incredible accurate predictions of the future decades ago. Over 85% of her predictions came true. Baba Vanga led the normal life of a girl until the age of 12 when she was mysteriously devoted of sight during a massive storm. According to legends, Baba Vanga was flung into the air and dashed to the ground by powerful winds.

According to Australian website News, Vanga predicted that the Great Muslim war would originate in Syria, culminating in the control of Rome by 2043, where ISIS would set their Caliphate. Therefore Europe “would cease to exist” with most of the “almost empty” continent and “wastelands devoid of any form of life.”

According to Baba Vanga, she experienced her first ‘visions of the future’ in the days following the terrible storm that took her sight. Not only was Baba Vanga believed to have the gift to look into the future, many believed the Prophet form the Balkans had the ability to heal people, becoming the go-to person for the rich and powerful. Among the people who followed her were heads of state, scientists, historians and actors who would fly to Bulgaria only to enjoy a couple of minutes of her company. Baba Vanga also served as an advisor to Bulgarian Communist Party leaders.

In 1980 she predicted the sinking of Russian nuclear submarine the Kursk in 2000:

“At the turn of the century, in August of 1999 or 2000, Kursk will be covered with water, and the whole world will be weeping over it.”

2016: “Muslims” will invade Europe, which will “cease to exist” as we know it. The ensuing campaign of destruction will last years, driving out populations and leaving the entire continent “almost empty”.

2023: The Earth’s orbit will change (nobody really knows what this means).

2025: The population of Europe will reach almost zero.

2028: Mankind will fly to Venus, in hope of finding new sources of energy.

2033: World water levels will rise as the polar ice caps melt (this is already happening).

2043: Europe’s transformation into an Islamic caliphate is complete. Rome is named the capital. The world’s economy thrives under Muslim rule.

2066: America will use a new climate change weapon for the first time in a bid to retake Rome and bring back Christianity.

2076: Communism will return to Europe and the rest of the world.

2084: Nature is reborn (nobody is really sure what this means).

2100: Man-made sun illuminates the dark side of the planet (This is already in the pipeline — since 2008, scientists have been working on creating an artificial sun using nuclear fusion technology).

2130: With the help of the aliens, civilizations will live underwater.

2201: Temperatures drop as the sun’s thermonuclear processes slow down.

2262: Planets will slowly change orbits. Mars will be threatened by a comet.

2354: An accident on the artificial sun will result in more drought.

2480: Two artificial suns will collide and leave the Earth in the dark.

3005: A war on Mars will change the trajectory of the planet.

3010: A comet will hit the moon. The Earth will be surrounded by a ring of rock and ash.

3797: By this time, everything on Earth will die. However, human civilization will be advanced enough to move to a new star system.

3803: A new planet is populated by little. Fewer contacts between people. Climate new planet affects the organisms of people – they mutate.

3805: The war between humans for resources. More than half of people dying out.

3874: New prophet receives support from all segments of the population. Organized a new church.

3878: Along with the Church to re-train new people forgotten sciences.

4302: New cities are growing in the world. New Church encourages the development of new technology and science.

4302: The development of science. Scientists discovered in the overall impact of all diseases in organism behavior.

4308: Due to mutation people at last beginning to use their brains more than 34%. Completely lost the notion of evil and hatred.

4509: Getting to Know God. The man has finally been reached such a level of development that can communicate with God.

4674: The development of civilization has reached its peak. The number of people living on different planets is about 340 billion. Assimilation begins with aliens.

5078: The decision to leave the boundaries of the universe. While about 40 percent of the population is against it.