This article first appeared in newsgram.com and is written by Newsgram News Desk 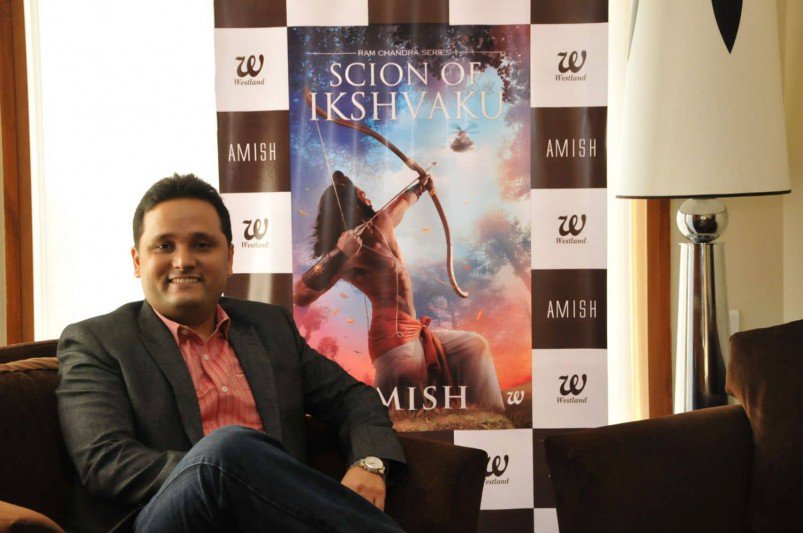 New Delhi: When India is still in agony about the Dalit research scholar’s suicide, the best-selling author Amish Tripathi is trying to convey the message that in ancient India the caste system was not rigid and was not attributed to one’s birth.

Tripathi, who deftly weaves in threads on women’s empowerment and the caste system in his interpretations of Indian mythologies, preferred to reserve his judgement on the Hyderabad University issue since it’s under investigation.

But he concedes that oppression continues despite the progress country has made in the last almost 70 years since independence.

Rohith Vemula’s death on January 17 in Hyderabad University after being suspended for allegedly assaulting an ABVP leader has resulted in mass protests across India.

“As far as specific incidents are concerned, learning from the Delhi church attacks and Ranaghat nun rape case (in West Bengal), it turned out the incidents were not how they were portrayed; so we should stay calm and wait for an investigation to conclude.

“At a broader level, there is no doubt oppression does take place. We have made improvements in the last 70 years but there is still a long way to go,” Tripathi, who burst onto the scene in 2010 with the popular Shiva trilogy, said in an interview during the Tata Steel Kolkata Literary Meet.

The banker-turned-writer had some huge success like “The Immortals of Meluha”, “The Secret of the Nagas” and “The Oath of the Vayuputras” based on Shiva trilogy. His latest “Scion of Ikshvaku” is the first book in the Ram Chandra series – his take on the Indian epic Ramayana. The second book is in progress and talks are on for movie adaptations.

“In my books, I actually speak about the caste system. If you see the genetic research that is coming out, it’s very clear the caste system was not based on birth. In ancient times it was not rigid,” the 41-year-old IIM-Calcutta alumnus contended.

As examples, he says Maharishi Valmiki who wrote the Valmiki Ramayana was not Brahmin born.

“The Maharishi who composed the Mahabharata, who compiled the Vedas, was not born a Brahmin, he was born to a fisherwoman. He became a Brahmin… not just a Brahmin… he became a rishi (sage),” Tripathi underlined.

In addition to the textual proof, he also lays strong emphasis on current genetic research.

“In ancient times, most of the evidence points to the fact that the caste system was actually not rigid and that is what I am trying to bring out in my books. It was not based on birth. In the Bhagavad Gita, Lord Krishna clearly says: I created the four varnas based on ‘guna’ and ‘karma’ based on your attributes and on your karma, not on birth.”

Ascribing his knowledge of mythology and scriptures to his family (his paternal grandfather was a pandit and taught at Banaras Hindu University, his maternal grandmother was also a teacher), Tripathi admits his love for India doesn’t mean he can turn a blind eye to issues that need to be dealt with.

“I am a deep patriot. I love my country but I also believe patriotism should not blind us to the things that need to be improved and, of course, one doesn’t like to be told about our country by Westerners, most of them likely have no love for our country; they just want to come and judge us.

“There’s a difference in the attitude of someone who deeply loves his or her own country and there are things which he feels needs to improve,” Tripathi signed off.(IANS)