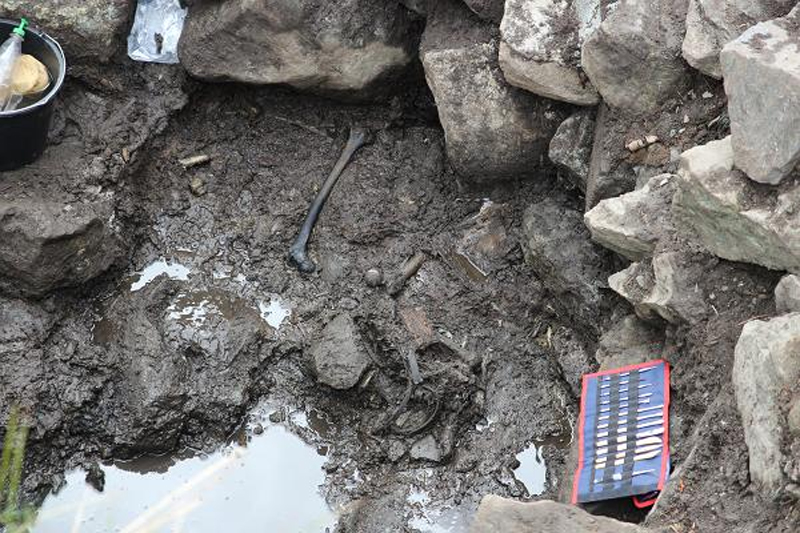 The location and contents of the well are mentioned in Sverre’s Saga, a chronicle of one of the kings of Norway, and one of very few historical manuscripts describing events in the Norwegian Viking age and medieval period.

Scholars have questioned the chronicle’s trustworthiness as a historical document. But now, at least one part of the saga seems to hold truth – down to the tiniest detail.

This is truly astonishing. As far as I know there is no known example of the discovery of an individual historically connected with an act of war as far back as the year 1197. And the fact that this actually corroborates an event described in Sverre’s saga is simply amazing, says lead archaeologist at the site, Anna Petersén.

Man left in castle well for 800 years
In 1197, King Sverre Sigurdsson and his Birkebeiner-mercenaries, were attacked and defeated in his castle stronghold, 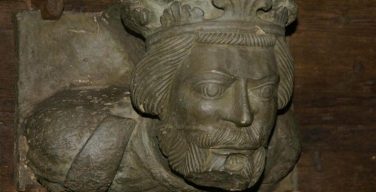 Sverresborg, by his rivals, the Baglers. According to the Saga, the Baglers burned down buildings and destroyed the castle’s fresh water supply by throwing one of King Sverre’s dead men into the well, and then filling it with stones.

Now, following a trial excavation in the well, archaeologists can confirm this dramatic story. Archaeologists managed to retrieve part of the skeleton they found in the well in 2014. A fragment of bone produced a radiocarbon date that confirmed that the individual lived and died at the end of the 12th century, the same time as the incident described in the Saga.

Skeleton and well structure
The archaeologists from The Norwegian Institute for Cultural Heritage Research have returned this year to conduct a full excavation of the well with the goal of removing the layers of dumped stone and ultimately the whole skeleton. 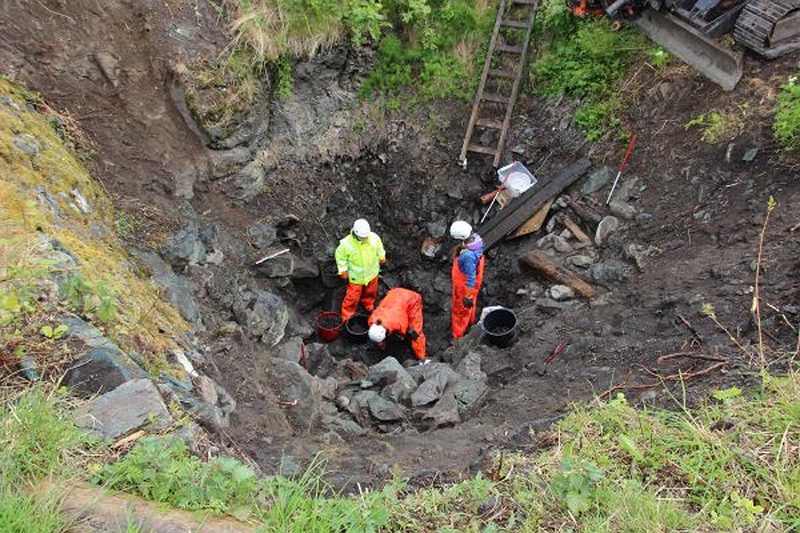 The excavation of the stone debris down to the very first stone that hit the Birkebeiner’s body has given the archaeologists additional insight into the nature of events in 1197. In addition, it exposed the timber posts and lining for the large castle well.

This is a unique glimpse of an important historical event. You can almost feel it. Its almost as if you were there – enthuses Petersén. 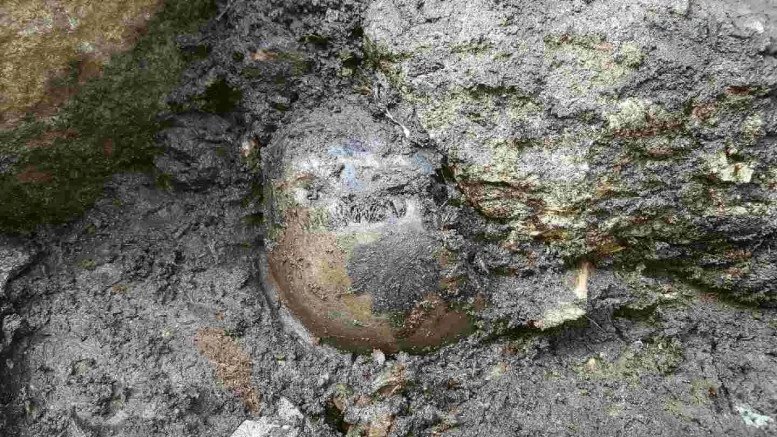 The archaeologists at Sverresborg are being supported by a forensic specialist from the Trondheim police district, which adds to the feeling that we are witnesses to the result of a brutal crime.

The excavation is funded by the Norwegian Directorate for Cultural Heritage.