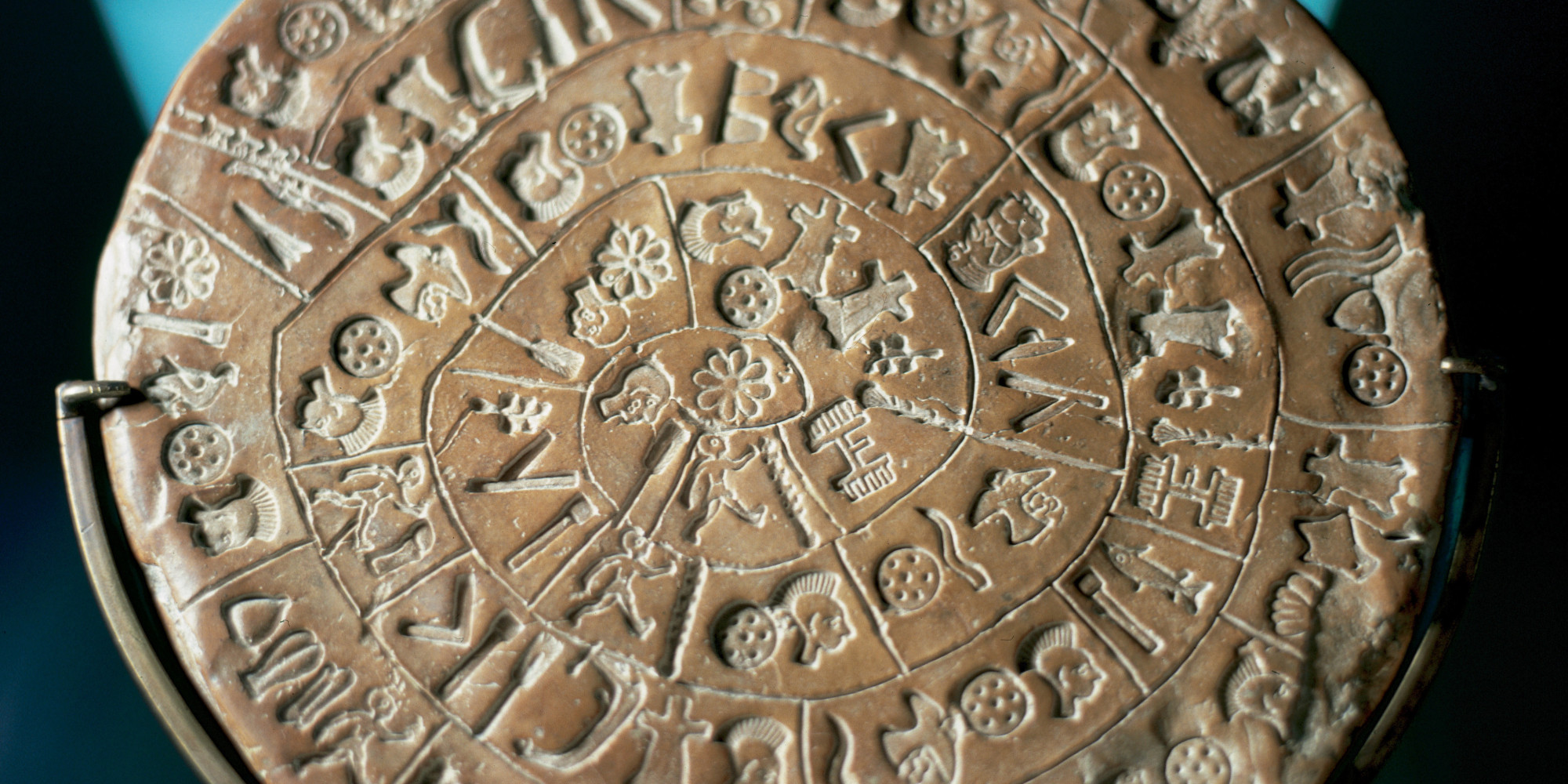 Minoan art, Crete, Phaistos Disc, possibly dating to the middle or late Minoan Bronze Age (2nd millennium B.C.),
Side A: Fired clay, It has 45 hieroglyphic characters engraved on both sides, along with mobile elements in spiral arrangement from the outside toward the center, Archaeological Museum of Heraklion. (Photo by Prisma/UIG/Getty Images)

The very mysterious Phaistos Disc, discovered on July 3, 1908, is a disk of clay from the Minoan palace of Phaistos on the island of Crete in Greece, with an estimated dating of about 1700 BC. Could it of been a code about the origins or creation of mankind.

The disk has a diameter of 15 cm (5.9 in) and is covered on both sides by symbols. To this day, no one knows what its purpose was or what the symbols represent which makes it one of the greatest mysteries in archaeology.

Many attempts have been made to decipher the hidden meaning but because it seems to be unique in its imagery, no consensus has been yet established.

There are 242 tokens on the disc, comprising of 45 different signs. Most of these signs are relatively easy to identify but some are harder to place as can be seen below:

Last year though there were reports that a scientist named Gareth Owens cracked some of its meaning. Owens claims that one side of the disk is dedicated to a pregnant woman and the other to a woman giving birth. He believes the woman may be an ancient goddess of the era.

If this is true, it’s still only offers a fraction of insight. Who was this goddess? Could she have been an alien? Does it tell the story of human creation?