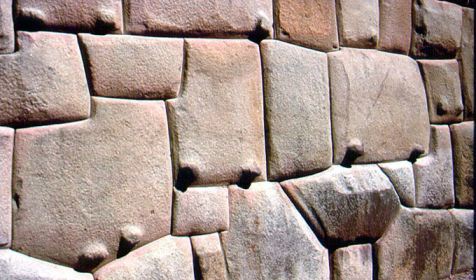 At an elevation of more than 12,000 feet in the northern outskirts of the city of Cuzco, Peru, we find the ancient fortress of Sacsayhuaman whose immense stone walls are believed to hold secrets which predate the Inca themselves. Surface collections and analysis of pottery at Sacsayhuaman indicate that the earliest occupation of the hill top dates back at least a millennium, making it one of the oldest ancient establishments on the planet.

Like many Inca sites, Sacsayhuaman features astonishing– precisely cut stonework, but not all of it was credited to the Inca. According to recent studies, archaeologists state that the Killke culture built the older sections of the site approximately 1,000 years ago. What is an interesting fact here is that the Inca themselves believed the site was constructed by an earlier unnamed race of people led by a powerful God who descended from the skies.

Throughout history there has been witness to a God named Viracocha that visited the South American people and blessed them by giving them all types of technology and knowledge, what is very interesting are some of his physical characteristics that make him stand out from the indigenous population, not like the typical guy you would find in that part of America– he was a very tall, pale-skinned and a white-haired being so he was completely different from the indigenous population. Is it possible that Viracocha was a visitor that gave the ancients technology and the necessary knowledge to complete the tasks they had ahead of them?

Some of the stone blocks at Sacsayhuaman weigh hundreds of tons and you would need thousands of men to move these blocks from one point to another so it is really amazing to think that all of these constructions were made without some kind of advanced technology because even today we would have trouble replicating these magnificent sites. 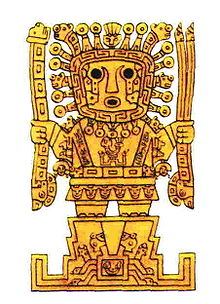 So what we see here is a culture who had the technology to quarry giant blocks of stone, move them to the site where they wanted to build and then stack, cut and articulate these massive blocks into– what are in some cases almost indestructible structures, so this is really impressive.

In some stones at Sacsayhuaman we see some marks that seem as if they were dissolved, so you have these massive blocks of stone from 50 to 100 tons cut and shaped almost perfectly and they are placed so tightly that you cannot fit even a piece of paper in between them, some of these stones have signs of large amounts of thermal heat applied onto them to mold them into place so they could fit in the way they do. An interesting fact is that according to legends a winged creature was actually responsible for the construction of this site and it was this “bird” that carried some sort of chemical substance that was capable of melting stone. Sacsayhuaman means “the head of the falcon”. 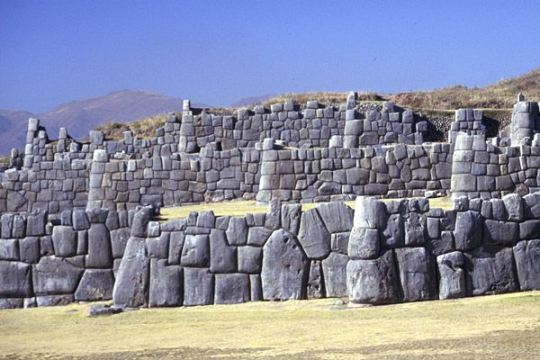