This article first appeared in booksfact.com

Bermuda Triangle or the Devil’s Triangle, is a region in the western part of the North Atlantic Ocean, where a number of aircraft and ships are said to have disappeared under mysterious circumstances. Even though the US Navy says that Bermuda Triangle does not exist, many have attributed various disappearances to the paranormal or activity by extraterrestrial beings. But till date, nobody could find out actual reason behind this mystery. 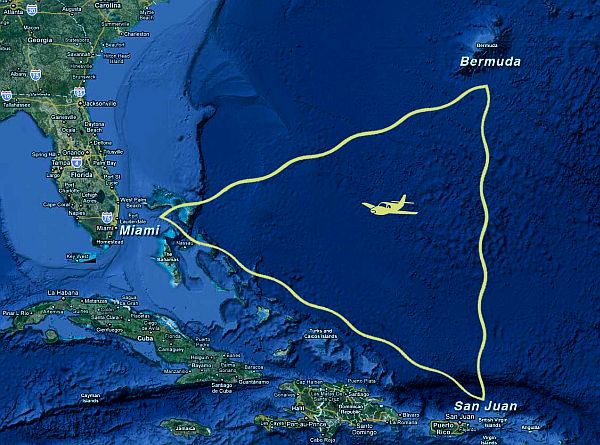 Many believe that there is a hidden pyramid inside the atlantic ocean, which pulls everything towards it like a magnet. It was named as “danger region” for about 500 years after disappearance of ships & planes. In 1492 during journey to America, Columbus saw some glitterness in this region and his magnetic compass got disturbed. In 1909, a fishing boat got disappeared. On 5th Dec 1945, a flight started from Florida (USA), when went about 120 miles east, its contact was broken from base station and plane disappeared.

Although there is a similar demon described in first ever poem, Ramayana, it does not match with the geographical location. Simhika, the gigantic demon had the power to attract anything’s shadow flying over ocean and pull it into the waters. However, that was on the way to Lanka.

Brahmanda Purana (composed more than 5000 years ago) and Rig Veda (written more than 23000 years ago) clearly state that the planet Mars was born our of Earth. That is why he is called as Bhauma (‘son of Bhumi’) or Kuja (Ku = Earth + Ja = Born out of ) in Sanskrit. Asya Vamasya Sukta in Rig Veda states : “When Earth gave birth to Mars, and Mars seperated from his mother, her thigh got injured and she became imbalanced (Earth rotated in its axis) and to stop it Godly doctors, Aswini Kumars poured iron into the triangular shaped injury and Earth got fixed in her current position. That is why Earth’s axis is bent at a particular angle.” 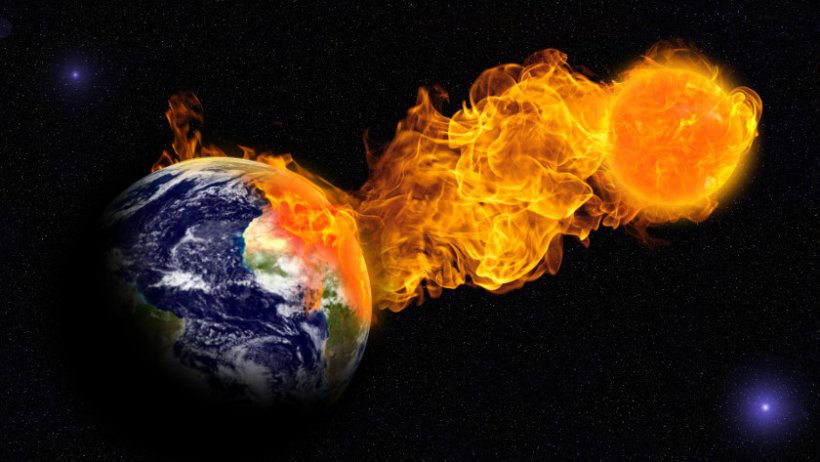 That triangular shaped injury on our planet which was filled with iron went onto become Bermuda Triangle. Iron stored inside earth for years becomes natural magnet and Bermuda disappearances, fog, high and low temperature water streams colliding are a result of this. Moon was also born out of churning of milky ocean and when it rocketed out from Earth at latitude of about 23½ a huge bump created by its ejection came in line with Sun. So, Earth has tilted axis at 23½. Modern science could not explain this phenomenon and also the strange coincidence that Earth is titled at 23½ degress and Bermuda Triangle is also at 23½!

Atharva Veda has description of several gems. One of them is Darbha gem, which is described in Sukta 28, 29 & 30, by Darbha gem. So, electro-magnetic waves going from wireless system or coming to system are disturbed and wireless system fails. Darbha gem is like a very short form of neutron star, which has high density.

This gem could be a powerful and dangerous weapon.

Khanda 19 of Atharva Veda, Mantra 4 of Sukta 28, states : “As the Sun brings down clouds on earth in the same way oh! Darbha gem you fall down the rising enemies.”

It means that there is gravitational force due to Darbha gem inside water.
Mantra 5 of Sukta 29, says, “As the curd is stirred in the same way oh! Darbha gem you stir enemies.”

It means to stir the bodies is a property of Darbha gem.
In Mantra 7 of Sukta 29, says, “to burn the bodies”;
It means there is emission of high energetic rays like laser rays by Darbha gem, which destroy bodies.

So properties of Darbha gem are:
1) High gravitational field.
2) Stir bodies coming near to it.
3) Emission of high energetic rays.

All these properties of Darbha gem, explain the phenomena of Bermuda Triangle. 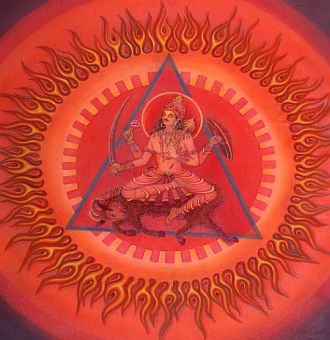 In Vedic Astrology, Mars (Mangala or Kuja) is red in color (similar to what moden scientists discovered), had water bodies on it (dried river beds found by NASA). Coral, the gemstone related to Mars is also red in color and found only under sea waters. What is even more astonishing is that, Yantra is Mars is triangle (tilted) shaped. In that way, Mars is brother of all humans born on planet Earth. Mars also controls all land related issues in human lives like Real Estate Business, Agriculture, Siblings etc in astrology.

Modern scientists assume presence of methane hydrates, which indicates enormous eruptions of methane bubbles that would swamp a ship, and projected high into the air- take out flying airplanes, as well. Any ship caught within the methane mega-bubble immediately lose all buoyancy and sink to the bottom of the ocean. If the bubbles are big enough and possess a high enough density they can also knock aircraft out of the sky with little or no warning. Aircraft falling victim to these methane bubbles will lose their engines-perhaps igniting the methane surrounding them-and immediately lose their lift as well, ending their flights by diving into the ocean and swiftly plummeting.