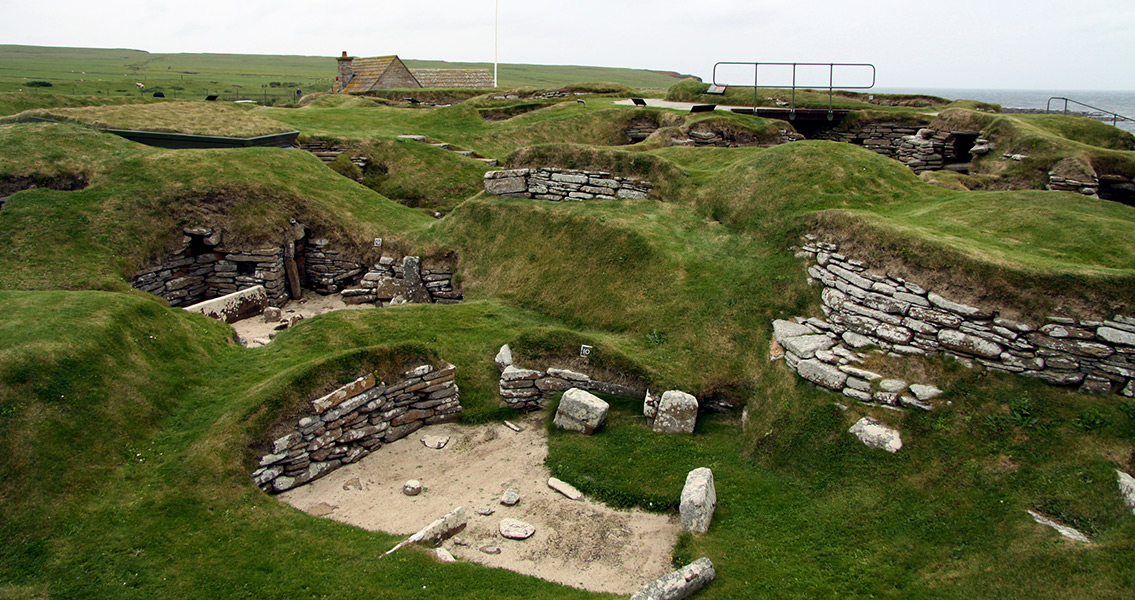 An all-but-forgotten Neolithic human figurine that was originally found at the ancient settlement of Skara Brae in Scotland in the 1860s, has been rediscovered amongst a collection of artifacts being kept at the Stromness Museum.

The artifact was identified by Dr. David Clarke, who was conducting research on Skara Brae when he came across it among other artifacts from Skaill House, which had been donated to the museum (without provenance) during the 1930’s.

Prehistoric depictions of humans are extraordinarily rare, making this diminutive piece of bone extremely important. It was originally discovered at Skara Brae by the estate owner, William G. Watt, and later (1867) described by an antiques expert, George Petrie, in a report he prepared describing the artifacts that had been found at the site. In his notebook, now property of the Society of Antiquaries of Scotland, Petrie included a sketch of the carving and described it as either a fetish or an idol. After this accounting the figurine was largely forgotten.

A historic manor house on Mainland (the largest of the Orkney Islands of Scotland), Skaill House overlooks Skara Brae, an archaeological site inhabited since Neolithic times. The name Skaiil, as well as the names of all the farms surrounding the site, is derived from the Old Norse language (Skaill meant “hall”). This fact, along with the discovery that many of the finds from the site show signs of continued use, suggests the region has been permanently occupied for more than a thousand years.

Skara Brae is a cluster of eight houses which experts believe were occupied from approximately 3,180 BCE through 2,500 BCE. As the most complete village in Europe from the Neolithic period, the site has been designated a UNESCO World Heritage Site, and is one of four individual sites which make up what’s known as “The Heart of Neolithic Orkney”. Older than both the Great Pyramids and Stonehenge, the site is often referred to as the “Scottish Pompeii” due to its excellent state of preservation.

The site was discovered after a severe storm hit the islands in 1850, causing extensive damage and stripping the ground from a large and irregular shaped mound known as Skerrabra. After the storm passed, the local villagers discovered an outline of a settlement, which consisted of a number of small homes without their roofs. The abovementioned William Watt started an amateur excavation at the site, and had uncovered four of the houses before the work was abandoned in 1863 after it was looted and many of the artifacts were stolen. Another storm in 1924 swept away a portion of one house, and it was then that the decision was made to secure and thoroughly investigate the site.

This incredibly important, yet understated figurine, which has been given the nickname “Skara Brae Buddo”, is currently on display at the Stromness Museum along with previously unseen artifacts from Skara Brae.