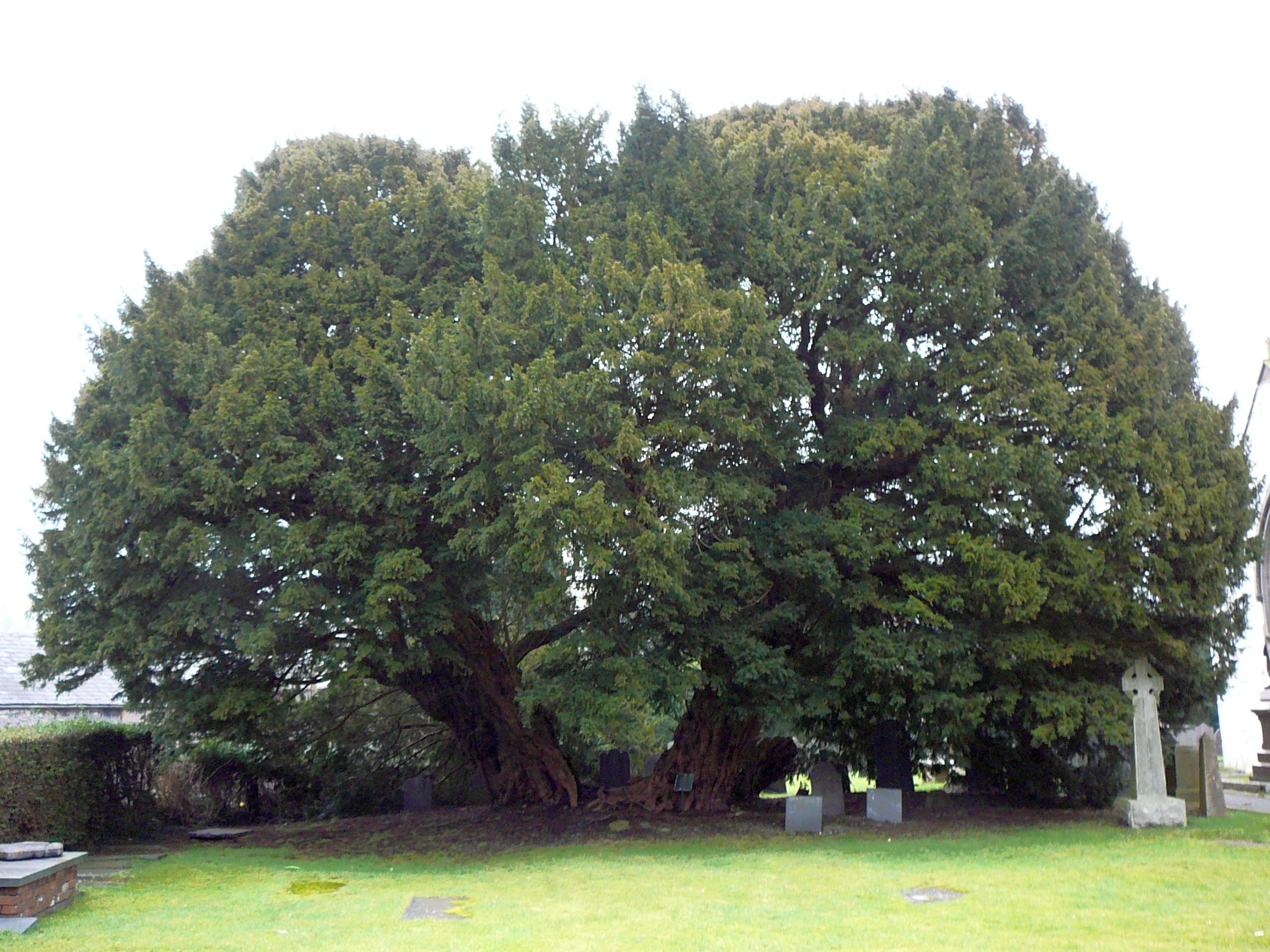 The Llangernyw Yew is the oldest tree in Wales.

In ancient the village of Llangernyw, Conwy, North Wales stands one of the world’s oldest trees.

This beautiful yew was planted in a small churchyard of St. Dygain’s Church sometime in the prehistoric Bronze Age. It is about 4,000-tear-old and it is still growing.

Being the oldest tree in Wales, Llangernyw Yew is not just beautiful, but it also associated with an ancient legend intertwining it with a spirit prophesying death.

From Welsh mythology we learn that each year on Halloween and 31 July the spirit is said to appear in the church and solemnly announces, in Welsh, the names of those parish members who will die within the year. Those wishing to find if their names were among ‘the angel’s list’ gather beneath the east window of the church, and listen very closely. 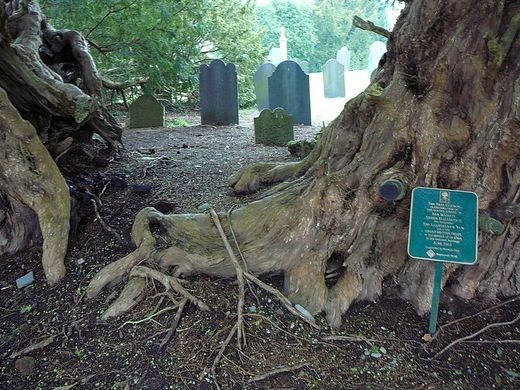 It is said that one day a local man named Siôn Ap Rhobert declared he was skeptical of the death prophecy. He decided to challenge the existence of the spirit one Halloween night. On entering the church, he heard his own name called out.

“Hold, hold! I am not ready yet!” he contested, but, it was too late. He did die within the year.