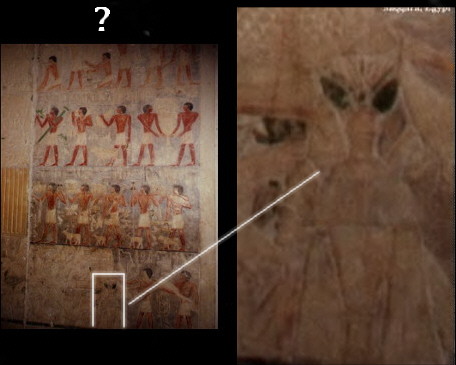 UFO Aliens may have helped build Pyramids of Giza says, Cairo university archeologist. Head of the Cairo University Archaeology Department, Dr Ala Shaheen in December 2010 had told an audience that there might be truth to the theory that aliens helped the ancient Egyptians build the oldest of pyramids, the Pyramids of Giza. On being further questioned by Mr Marek Novak, a delegate from Poland as to whether the pyramid might still contain alien technology or even a UFO with its structure, Dr Shaheen, was vague and replied “I can not confirm or deny this, but there is something inside the pyramid that is “not of this world”.

Delegates to the conference on ancient Egyptian architecture were left shocked, however Dr Shaheen had refused to comment further or elaborate on his UFO and alien related statements. The Secret KGB UFO Files documentary, that’s deals with the fact that Russian had already discovered the tomb of Alien Humanoid in Egypt and something is beneath the pyramid. The Secret KGB UFO Files documentary interestingly supporting the head of the Cairo University Archaeology Department, Dr Ala Shaheen claim as well.

Actually ancient Egyptian writings very often talk of beings from the sky, the sky opening and bright lights coming down to teach them technology and give them wisdom. Many pictures and symbols resemble UFOs and aliens. POSSIBLY aliens built the Great Pyramid. And these solid long lasting construction techniques were adopted by the Egyptians.

Ancient Egyptian legends tell of Tep Zepi, or the “first time”. This is described as an age when “sky gods” came down to Earth and raised the land from mud and water.
They supposedly flew through the air in flying “boats” and brought laws and wisdom to man through a royal line of Pharaohs. And of course, this was all thrown out the window when Christianity came along. Keep in mind that the Gods were the one and only ‘religion’ that there was. No other conflicting beliefs? Why? Well because it was fact, not faith.

The modern church would have you believe that’s it’s just a myth. But you have to ask yourself on the edge of Occam razor, what truly indeed is more likely? 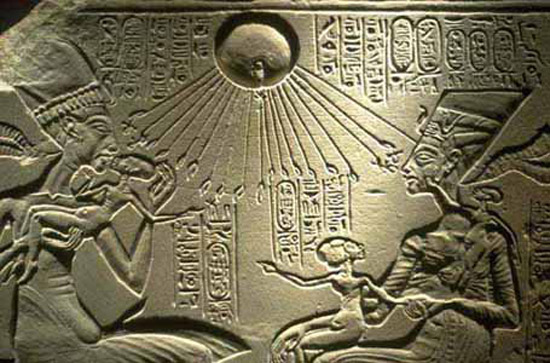