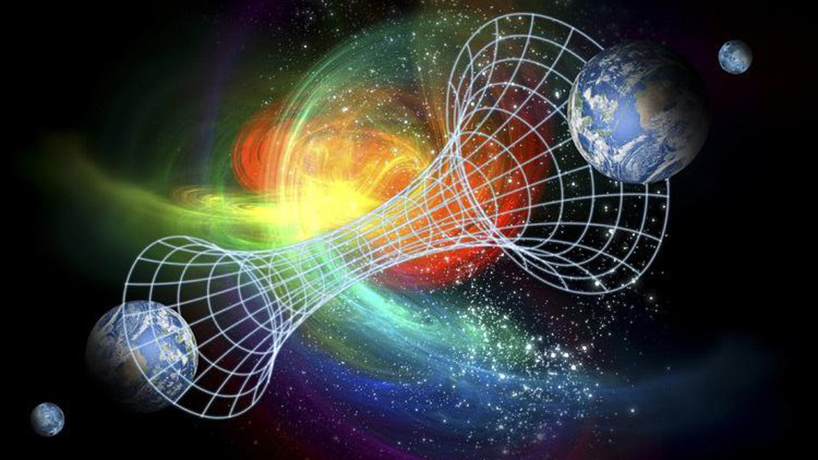 It is possible that Parallel Universes and the Déjà Vu phenomenon are mysteriously connected.

Most of us have had, at least once in our lifetime a ‘déjà vu’ experience, that mysterious feeling where time seems to pass by in slow-motion, where you perceive information in such a way as if you had already experienced the current situation sometime in the distant past.

Ranging from paranormal disturbances and neurological disorders, researchers have been trying to explain the mysterious phenomenon for decades, yet no one has been able to fully understand how we can live the ‘déjà vu’ phenomenon so inanely.

‘Déjà vu,’ which originates from the French languages and means ‘already seen’ is a rather common occurrence that we know very little of. When you come to experience a ‘déjà vu’ moment you feel mysteriously overtaken by a mysterious force which unconsciously tells you ‘this already happened before’.

The ‘déjà vu’ phenomenon is reported occurring on an occasional basis in 60-80% of people around the world. It is an experience almost always transient and occurs randomly.

A Déjà vu experience occurs quickly, without warning and has no physical manifestation apart from the announcement: “I just had a déjà vu”.

But if all of the above cannot explain this mysterious feeling that nearly everyone experience once in a lifetime, then what can?

There are some who have connected the ‘déjà vu’ phenomenon with the existence of parallel universes.

Parallel universes? But… do they exist?

Well actually, Scientists might have spotted another universe sitting next to our own. According to astronomers, light spotted in outer space might have ‘spilled through’ from another universe very close to our own. The bright patches could be in fact leftovers from another universe that began in the vicinity of our own according to scientific study. Scientists believe that they can actually get a peek at one if the said universe started out close enough to our universe, so the two were able to ‘touch’ which would then leave a viewable signature in our universe. In order to find these signatures, scientists have compared a map of the cosmic microwave background (which are basically leftovers from the early universe) with a picture of the entire sky taken by the European Space Agency’s Planck telescope. What they found after left researchers mesmerized. After they subtracted one from the other, they saw an eerie patch of light in the sky, a patch of light that could be explained as being the remains of collisions with other universes.

But can a Parallel Universe explain a ‘déjà vu’ experience?

According to Dr. Michio Kaku, an American futurist, theoretical physicist and popularizer of science, Parallel universes can explain the mysterious phenomenon and states that quantum physics actually provide the necessary details which suggest déjà vu might be caused by your ability to “flip between different universes”.

The idea that other universes (multiverse theory) exist has been supported by several scientists, among them Professor Steve Weinberg, a theoretical physicist and Nobel Prize winner. According to Professor Weinberg, it is possible that in the same room an infinite number of parallel realities coexist with us.

“Nobel laureate Steven Weinberg likens this multiple universe theory to radio. All around you, there are hundreds of different radio waves being broadcast from distant stations. At any given instant, your ofﬁce or car or living room is full of these radio waves. However, if you turn on a radio, you can listen to only one frequency at a time; these other frequencies have decohered and are no longer in phase with each other. Each station has a different energy, a different frequency. As a result, your radio can only be turned to one broadcast at a time. Likewise, in our universe, we are “tuned” into the frequency that corresponds to physical reality. But there are an inﬁnite number of parallel realities coexisting with us in the same room, although we cannot “tune into” them. Although these worlds are very much alike, each has a different energy. And because each world consists of trillions upon trillions of atoms, this means that the energy difference can be quite large. Since the frequency of these waves is proportional to their energy (by Planck’s law), this means that the waves of each world vibrate at different frequencies and cannot interact anymore. For all intents and purposes, the waves of these various worlds do not interact or inﬂuence each other.”― Michio Kaku, Parallel Worlds: A Journey Through Creation, Higher Dimensions, and the Future of the Cosmos(source)

All of this means that it is quite possible that, at the exact moment you experienced a ‘déjà vu’, you are in fact ‘vibrating in unison’ with another, parallel universe in the cosmos.