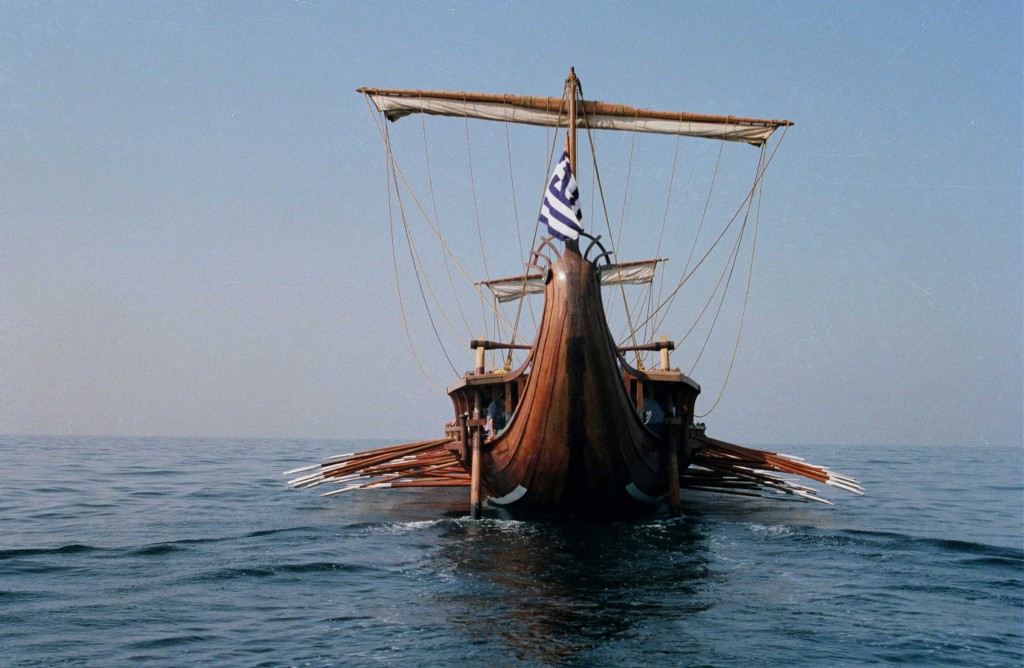 Archaeologists have discovered massive naval bases that once enabled Athens to fight off the Persian Empire—and develop the world’s first democracy. Among the recent finds at the Port of Piraeus, Greece’s biggest seaport, are ship-sheds that held hundreds of warships known as triremes, the Smithsonian reports. “We have identified, for the first time, the 5th century BC naval bases of Piraeus—the ship-sheds, the slipways, and the harbor fortifications,” project director Bjørn Lovén tells Haaretz. The team of Danish and Greek archaeologists can thank an old fisherman who in 2010 pointed out the sunken find just south of Athens. Working in poor visibility, divers then uncovered 15 massive ship-sheds (total size, 17 football fields) where triremes were protected from the harsh Mediterranean sun and marine woodworms.

Athens likely launched these triremes in the pivotal Battle of Salamis in 480 BC against the invading Persians under Darius I at Marathon. Manned by some 80,000 soldiers and sailors of all social classes, the fleet defeated the Persians and created “an immensely strong bond among most of the citizens” that became “the backbone of the world’s first democracy,” says Lovén. Athens dominated the region and fought off another Persian attack under Xerxes I a decade later, but eventually fell around 404 BC when Sparta and other Greek states crushed Athens and its naval fortifications. Yet without these bases, Persia would have likely conquered Greece. “The victory at Salamis rightly echoes through history and awakens awe and inspiration around the world today,” says Lovén in a press release. (A shipwreck found in a desert diamond field has solved a “maritime mystery.”)*