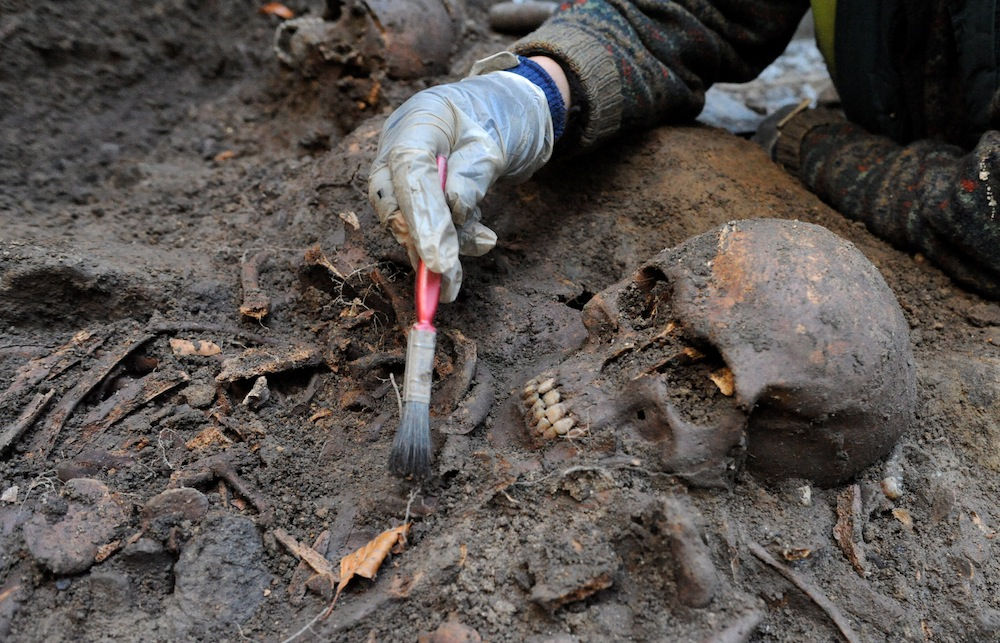 Three years ago, archaeologists at Durham University began excavating a site on campus for a proposed addition to the school’s library, but work was unexpectedly halted when the researchers uncovered remnants of two mass graves. The discovery ignited a centuries-old mystery, but now, scientists say clues point back to one of the shortest but bloodiest battles of the English Civil Wars.

The estimated 1,700 skeletons, found underground at the southern tip of Durham University’s Palace Green Library, were likely Scottish soldiers who had been taken prisoner after the Battle of Dunbar in 1650, the archaeologists said.

The prisoners were captured by Oliver Cromwell, the controversial English leader who waged a successful military campaign against the Royalists in a 17th-century civil war, toppling the monarchy and culminating in the execution of King Charles I in 1649.

The two mass graves beneath Durham University had been hidden for nearly four centuries.

“In quite a small area, a little more than a meter square [11 square feet], we found at least 17 — possibly as many as 28 — people buried in mass graves,” said Richard Annis, a senior archaeologist at Durham University. “This is very, very exciting, and we’ve done a lot of work looking at dating and other things that we can try and find out about the identity of these people.”

Many of the prisoners likely died from hunger or disease, and were thrown into mass graves to be forgotten, he said.

Annis added that it was always known that bodies from the Battle of Dunbar were buried somewhere in Durham, but the exact site was never fully determined until the bones were revealed. 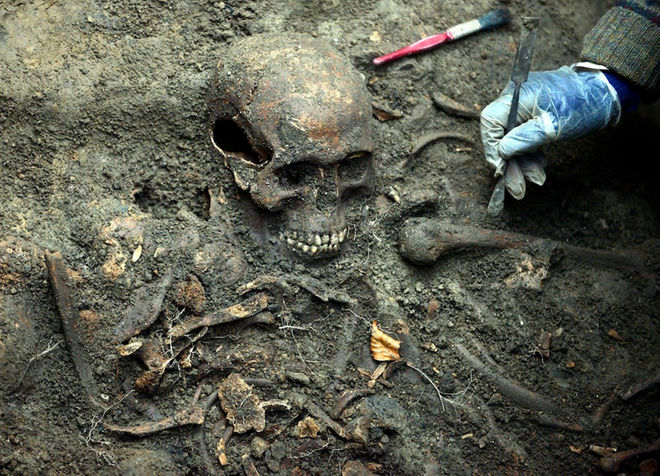 Anwen Caffel, an archaeology research fellow at Durham University, analyzed the skeletons to look for information about the population, such as the age and sex of the prisoners. This is how the researchers confirmed that the skeletons were, in fact, prisoners of the battle, rather than ordinary people.

“This indicated all of the adults were males, and there was quite a narrow age range present between the age of about 13 and 25,” Caffel told Live Science. “This would be indicative of a military context rather than the general population.”

Caffel said the skeletons showed very little evidence of healed trauma, which suggests the prisoners didn’t have much

experience in battles before they were sent to fight in Dunbar. Also, teeth in some individuals were worn, a sign that they enjoyed smoking a pipe, the researchers said. This helped determine further when the prisoners would have been alive, because pipe-smoking became fairly popular in the early part of the 17th century in Britain, after the year 1620, according to the archaeologists.

Scientific analysis was performed to find out where the prisoners came from, and the results indicated that the soldiers hailed from a wide range of destinations, said Andrew Millard, a senior archaeology lecturer at the Durham University.

The prisoners were found under a building that appears on a map in 1754, so along with the pipe-smoking evidence, the researchers were left with a fairly narrow timeframe. 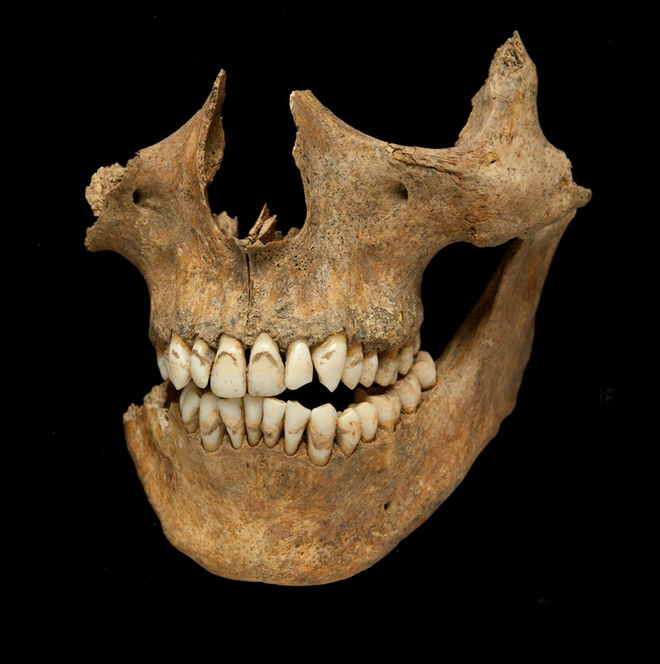 The scientists performed careful radiocarbon dating to further confine the dates, and to determine a more exact time for when the soldiers were alive.

“What we did that was new, was actually [take] two samples from an individual with a known difference in age, which hasn’t been done before,” Millard said. “So, we dated two teeth from two individuals and with a statistical analysis including all the other information, we were able to come up with [a date] range of 1625 to 1660.”

A bloody battle
The Battle of Dunbar was one of the bloodiest but short-lived battles of the 17th century. It took less than an hour for Cromwell to defeat the Royalist-supporting Scottish Covenanters, led by Gen. David Leslie, on the southeast coast of Scotland.

The teeth in some individuals were worn, a sign that they enjoyed smoking a pipe, according to the archaeologists.

Recent estimates suggest that anywhere between 300 and 5,000 soldiers lost their lives during the Battle of Dunbar, and an additional 6,000 individuals were captured. Out of the thousands who were marched to Durham to be imprisoned, an estimated 1,700 people died and were buried in the city.

She added that the scientific evidence being uncovered now gives a very emotional sendoff to these soldiers who died nearly 400 years ago, because archaeologists can piece together data and perhaps give a voice to those forgotten by history.

The researchers are now planning to investigate the diseases that could have affected the soldiers, and aim to examine the teeth samples to see what they can reveal about the childhoods of the prisoners, such as their diet and migration. Analysis of soil samples from the abdomen of the skeletons could also determine if any of the prisoners had intestinal parasites, the archaeologists said.

Source and Credits to:  Livescience.com