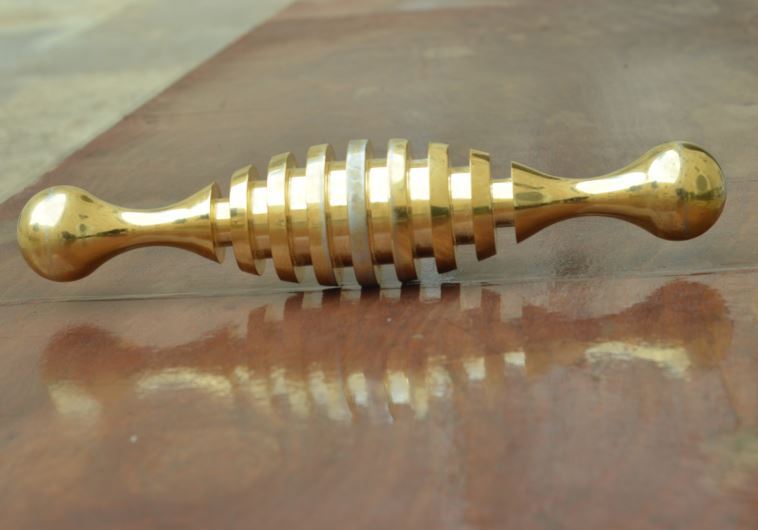 Researchers are once again baffled by the discovery of a mysterious 8.5-kilogram gold-plated artifact that was discovered in a cemetery in Jerusalem. Israeli antiquities authorities turned to the public in order to understand the purpose of the mysterious object that was found an old building. The discovery was made several months ago when a maintenance worker from the cemetery noticed an abandoned package inside the old structure on cemetery grounds. In accordance to security protocol, the worker alerted police who carried out a controlled explosion within the building in order to eliminate possible threats from the mysterious package. The damage that was caused to the structure revealed a gold-plated object which was eventually turned over to archeologists for further studies.

“The object was turned over to Antiquities Authority inspectors for examination; however, the archeologists announced that they had never before encountered such an item,” the IAA said in a statement.

Having never seen anything similar in the past, the object was taken in for testing and analysis by experts who have failed to understand its origin, purpose, and exact age. After several months of failed tests and more questions than answers, the IAA, unable to assign a name to the mysterious artifact has turned to the public for help in determining what the object is and what it was doing in an old structure at the cemetery.

According to IBTimes UK, it turns out that one of their readers might have solved the mystery surrounding the artifact. It turns out that the mysterious device is an NEW Age Isis energy beamer that allegedly protects a person against “harmful effects of radiation” (from things like WiFi, power lines etc).

According to reports, the devices come in different size which you can even ear or simply place in a room. The makers (Weber-Bio) note that there isn’t and scientific validity to these claims.

It still remains a mystery as to how the New Age device ended up in an antique building at the cemetery. 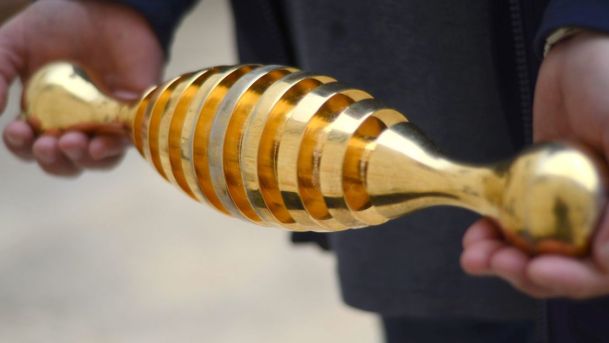