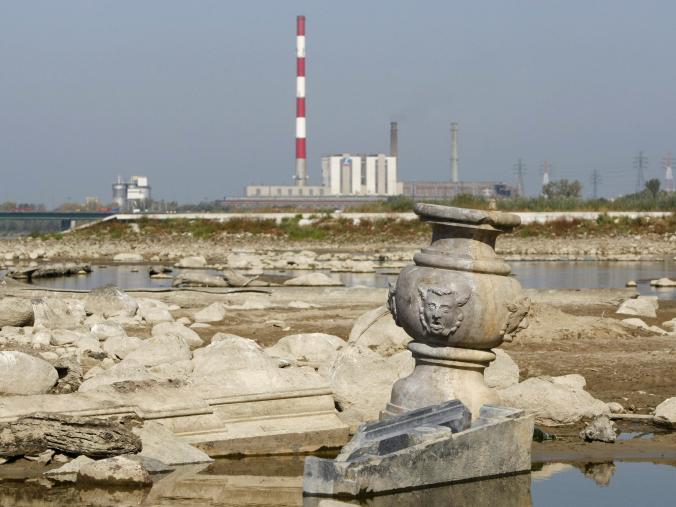 The sculpted fountains, columns, and other marbles on the muddy bottom of the Vistula—now at its lowest level since record keeping began in the late 1700s—once decorated Warsaw’s Royal Castle, Kazimierz Palace, and other haunts of Polish nobility. Stolen during the multiyear conflict known as the Swedish Deluge, the treasures were lost when a getaway barge sank while setting out for Sweden. 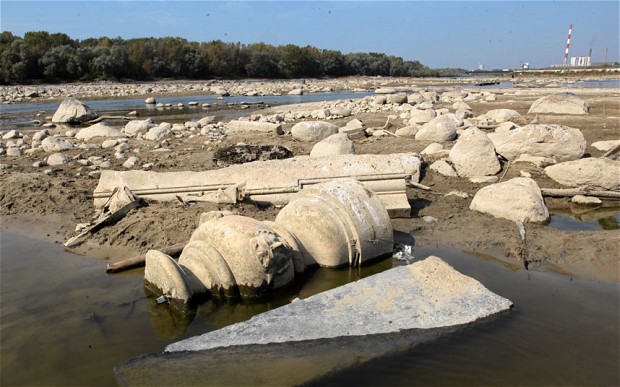 “So far we have found more than 12 tons of original, 17th-century marbles,” said Hubert Kowalski, the University of Warsaw archaeologist leading the search. “They are in very good shape, considering 350 years in the river.”