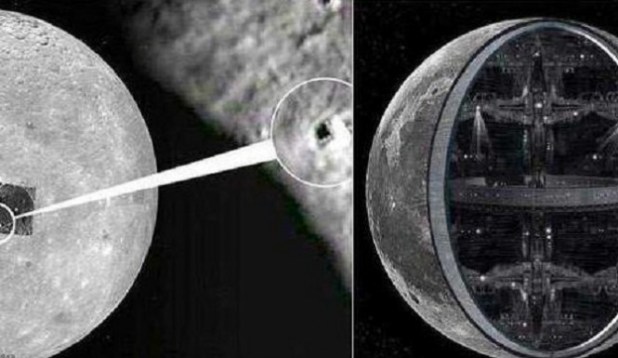 Even though the Apollo missions brought back to Earth huge amounts of data about the moon, it has remained an enigma for astronomers and scientists alike. Dr. Robert Jastrow, the first president of NASA’s Commission of Lunar Exploration called the moon “the Rosetta Stone of the planets.”

But what is it about the moon that fascinates everyone? Well there are many people who firmly believe that Earth’s moon is actually a terraformed and engineer piece of hardware that has a 3 mile thick outer layer of dust and rocks. Beneath this layer it is believed that the moon has a solid shell of around 20 miles made of highly resistant materials such as titanium , uranium 236, mica, neptunium 237. Definitely elements that you would not expect to find “inside” the moon.

There are many UFOlogists around the world who speculate that the moon is actually a giant base where extraterrestrials survey mankind’s progress.

There are so many mysteries surrounding Earth’s moon that there are those who have proposed that the moon could be something entirely different.

Robin Brett, a scientists from NASA stated, “It seems easier to explain the non existence of the Moon than its existence.”

Here are 7 Irregularities that suggest Earth’s Moon was engineered and might be a giant hollow base:

1) The Moon seems engineered. On November of 1969, NASA intentionally crashed a lunar module that caused an impact equivalent to one ton of TNT on the Moon. The shock waves built up and NASA scientists listed to what was happening on the Moon. Strangely, after impact, NASA scientists said that the Moon rang like a bell and the reverberation continue for thirty minutes. According to Ken Johnson, supervisor of the data and photo control department, the Moon not only rang like a bell, but the whole Moon “wobbled” in such a precise way that it was “almost as though it had a gigantic hydraulic damper struts inside it.

2) The Moon has elements it should not have. In the 1970’s Mikhail Vasin and Alexander Shcerbakov from the Soviet Academy of science wrote an article called: “Is the Moon the creation of Alien Intelligence?” It was a very interesting article that asked some important questions. How is it possible that the surface of the moon is so hard and why does it contain minerals like Titanium? Mysteriously, there are some lunar rocks that have been found to contain PROCESSED METALS, such as Brass, Mica and the elements of Uranium 236 and Neptunium 237 that have NEVER been found to occur naturally. Yet there are traces of them on the Moon. Uranium 236 is a radioactive nuclear waste which is found in spent nuclear and reprocessed Uranium. More interestingly, Neptunium 237 is a radioactive metallic element and a by-product of nuclear reactors and the production of Plutonium. You have to ask the question: What is happening on Earth’s Moon? From where are these elements and minerals coming from?

3) Earth’s Moon does not have a solid core like every other planetary object. Researchers are nearly 100 percent sure that the Moon is in fact hollow or has a very low intensity interior. Strangely, the Moon’s concentrations of mass is located at a series of points just below the surface.

4) The Moon is older than Earth. Our Moon is unlike any other satellite discovered in the known universe. Researchers know the Moon is 4.6 billion years old and that raises a lot of questions. This means that te moon is older than the Earth by nearly 800,000 years according to scientists.

5) Incredible orbit. Earth’s moon is the only moon in the solar system that has a stationary, nearly “perfect” circular orbit. It’s a fact that the Moon does not spin like a natural celestial body. In other words, our Moon does not share any characteristics with other moons found in our Solar System. If it wasn’t strange enough, from any point on the surface of our planet, only one side of the Moon is visible. What is the moon hiding?

6) Lunar rocks and titanium. There are some lunar rocks that have been found to contain ten times more titanium that “titanium rich” rocks on planet Earth. Here on Earth we use Titanium in supersonic jets, deep diving submarines and spacecraft. Its unexplainable. Dr Harold Urey, Nobel Prize winner for Chemistry said he was “terribly puzzled by the rocks astronauts found on the moon and their Titanium content. The samples were unimaginable and mind-blowing since researchers could not account for the presence of Titanium.

7) Precise position. If all of the above points did not get you to think differently about the Earth’s moon here are some more interesting things about the Moon. What is keeping the moon in its nearly perfect position? the moon has a precise altitude, course and speed, allowing it to “function” properly in regards of planet Earth.

Simply put the Moon should not be where it is currently. Everything points to the possibility that Earth’s moon was in fact placed into its current position in the distant past. The Moon’s unnatural orbit and irregular composition raises hundreds of questions that neither NASA scientists, astronomers or geologists are able to answer today. Despite all efforts to understand Earth’s “natural” satellite, the truth is that we have very little information about the Moon’s origin and purpose. What do you think the moon is? A nearly perfect natural occurrence? Or do the Moon’s origins surpass human understanding? 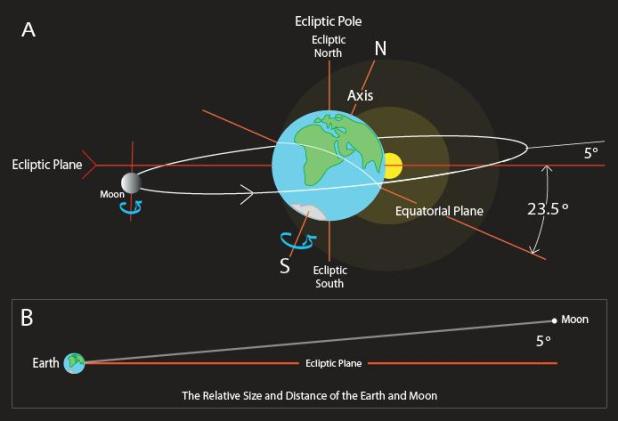