Hiker Discovers 1,200-Year-Old Viking Sword in Norway. How did it get – Project Yourself Skip to content
FREE US SHIPPING OVER $50 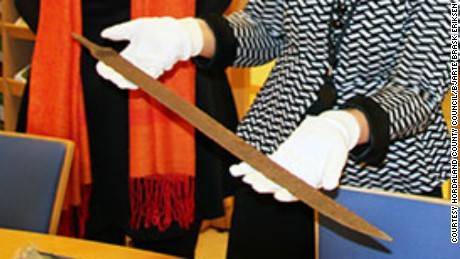 The Norwegian mountain village of Haukeli, located some 150 miles west of Oslo, is most commonly known for its fishing, hunting, skiing and other outdoorsy attractions. Recently, however, Haukeli made headlines as the location of the latest sensational archaeological find: a Viking sword blade dating back more than 1,200 years.

While hiking across the mountain plateau that runs between western and eastern Norway, Goran Olsen sat down to take a break. That’s when he spotted a rusty sword blade lying under some rocks on the well-traveled mountain path. Archaeologists have identified Olsen’s find as a type of Viking sword made circa A.D. 750. That makes it some 1,265 years old, though the scientists have warned this is not an exact date.

Double-edged and made of wrought iron, the sword measures just over 30 inches long (77 centimeters). Though covered in rust, and lacking a handle, it is otherwise in excellent condition. The Haukeli mountains are covered in snow and frost at least six months out of the year, and experience little humidity in summer, conditions that may explain why the sword is so well preserved. As County Conservator Per Morten Ekerhovd told CNN: “It’s quite unusual to find remnants from the Viking Age that are so well-preserved…[the sword] might be used today if you sharpened the edge.”

Beginning in the 8th century, many Vikings left their native homes in Denmark, Norway and Sweden, using advanced navigational technology to spread out across Europe and beyond. Famous—and feared—for their violent attacks on coastal cities and towns, they were also skilled traders and daring explorers who founded the first colony in Greenland and reached North America some 500 years before Christopher Columbus. The Viking Age endured until the late 11th century, leaving a lasting impact on Western society and the world.

Viking law mandated that all free men were required to carry weapons and be prepared to wage war at all times. Of the most common weapons—swords, spears and battle-axes—swords were the most expensive to make. With their decorated hilts of silver, bronze or copper, Viking swords functioned as status symbols. According to the pagan beliefs of many Vikings, a sword was a sacred object that could help its bearer enter heaven. After attaining the highest honor of dying in battle, the heroic Viking warrior, with his sword in hand, would feast with the gods in a special place known as Valhalla.

Many later Viking sword blades were emblazoned with specific markings, believed to be the names of their creators. Of the thousands of Viking swords that have been discovered across Scandinavia and northern Europe—most excavated from burial sites or found in rivers—some 170 have been marked with the name Ulfberht. Their superior quality shocked archaeologists, as the technology needed to produce such pure metal would not be invented for another 800 years. In order to liquefy iron ore and remove impurities (known as “slag”), modern metal workers heat it to 3,000°F (1,650°C); carbon is then added in order to strengthen the brittle iron. In medieval times, when ovens could not achieve high-enough temperatures to liquefy the iron, metal workers would have to remove slag by pounding it out, a much less effective process. With very little slag, and high carbon content, the Ulfberht blades are made of what’s known as “crucible steel,” a state-of-the-art metal that would not be seen in Europe again until the Industrial Revolution.

Experts believe the crucible steel used by the Vikings may have come from the Islamic world. Warriors in Central Asia had been using swords of material similar to that of the Ulfberht for centuries before the Viking Age, and a robust trade route known as the Volga connected Scandinavia with northern Iran from the early 9th to the mid-11th century. Last March, researchers announced that a ring recovered from a 9th century Viking grave a century ago bears an Islamic inscription meaning “for/to Allah,” providing a rare physical link between the two worlds. 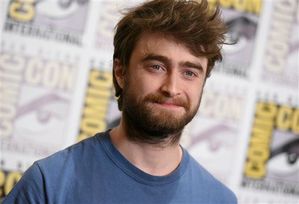 The sword Olsen discovered in Haukeli is not branded, and is missing its handle, but is still a strong blade. Experts believe it could be from a Viking burial site, or it could have belonged to a traveler who died in an accident or succumbed to frostbite. Either way, they say, its owner would likely have been a high-status member of Viking society. The sword is now at the University of Bergen, for preservation and research purposes. Archaeologists are planning an expedition to the site of Olsen’s discovery for next spring, once the snow melts, in order to see if they can uncover any more artifacts.*