NASA: There Is A Giant Square Structure Hidden Under The Moon

It seems that after all, no one can accurately explain the dozens of mysteries surrounding Earth’s natural satellite.

While most of the times, when UFO hunters spot odd structures either on the moon or on Mars for example, these turn out to be, sometimes just the result of pareidolia. This however, isn’t the case here. According to scientific study, rifts across a giant area of the Moon’s surface, known as Ocean of Storms actually form an enormous rectangle.

Now, to the dozens of mysteries surrounding the moon we can add this giant rectangle-shaped structures that seems to represent one of the newest enigmas of the moon. 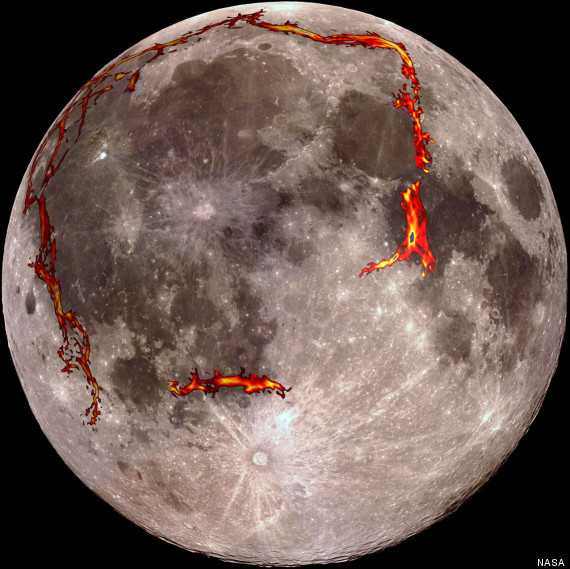 It has been thought that the 2,000-mile crater was caused in fact by an asteroid impact, but now scientists believe it wasn’t an asteroid. In fact, experts believe that the Ocean of Storms (area of basalt rock) was caused by cooling lava on the early moon. This fact has led scientists to believe that Earth’s satellite was way more active in the distant past than it is now.

The images that helped researchers identify this oddly shaped rectangle were made with data from NASA’s Grail mission, which mapped the gravity of the lunar surface incredible detail. The images resulted in the discovery of a nearly perfect rectangle which suggests the moon is far more mysterious than we ever imagined.

Do you see the geometric shape?

“GRAIL has revealed features on the moon that no one anticipated before we had this data in hand,” said lead study author Jeffrey Andrews-Hanna, a planetary scientist at the Colorado School of Mines. “One can only wonder what might lie hidden beneath the surfaces of all of the other planets in the solar system.”

Andrews-Hanna added that the “pattern of gravity anomalies on the moon is so strikingly geometric and in such an unexpected shape that it is forcing us to think in new and different ways about the processes operating on the moon”.

These new details are proof that the moon is far more mysterious than we have ever imagined. In fact, there are many people who firmly believe that Earth’s moon is actually a terraformed and engineer piece of hardware that has a 3 mile thick outer layer of dust and rocks. Beneath this layer it is believed that the moon has a solid shell of around 20 miles made of highly resistant materials such as titanium , uranium 236, mica, neptunium 237. Definitely elements that you would not expect to find “inside” the moon.