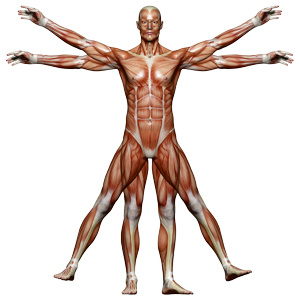 According to statements from Dr Eugene M. McCarthy, the Homo sapiens are the result of a hybridization between the chimpanzee and a pig.

Dr McCarthy proposes that humans are a hybrid species, suggesting that the human species began as the hybrid offspring of a male pig and a female chimpanzee. Dr McCarthy claims that while humans have numerous similarities with primates, we also have a large number of distinguishing characteristics which are not found in any other primates.

This revolutionary theory changes many things in the scientific community as it urges scholars to look at the origins of life in a completely different way.

Before going into the subject any further, we have an excerpt from the website of Dr McCarthy and his writings:

“So why do I think humans are hybrids?

Well, first of all, I’ve had a different experience from most people. I’ve spent most of my life (the last thirty years) studying hybrids, particularly avian and mammalian hybrids. I’ve read thousands of reports describing them. And this experience has dispelled some mistaken ideas I once had about hybrids, notions that I think many other people continue to take for granted. For example, one widespread, but erroneous, belief is that all hybrids are sterile. This idea keeps a lot of people from even considering the possibility that humans might be of hybrid origin. The reality, however, is something quite different. For instance, in reviewing the reports I collected for my book on hybridization in birds (Handbook of Avian Hybrids of the World, Oxford University Press, 2006), which documents some 4,000 different kinds of hybrid crosses among birds, I found that those crosses producing partially fertile hybrids are about eight times as common as crosses known to produce sterile ones. The usual result is a reduction in fertility, not absolute sterility. My current work documenting hybridization among mammals shows that partially fertile natural hybrids are common, too, in Class Mammalia. And yet, it seems most people base their ideas of hybrids on the common mule (horse x ass), which is an exceptionally sterile hybrid, and not at all representative of hybrids as a whole.”

“[…] the most obvious reason is that humans are highly similar to chimpanzees at the genetic level, closer than they are to any other animal. If we were descended from F₁ hybrids without any backcrossing we would be about halfway, genetically speaking, between chimpanzees and whatever organism was the other parent. But we’re not. Genetically, we’re close to chimpanzees, and yet we have many physical traits that distinguish us from chimpanzees. This exactly fits the backcross hypothesis.

Moreover, in mammalian hybrid crosses, the male hybrids are usually more sterile than are the females. In a commercial context, this fact means that livestock breeders typically backcross F₁ hybrids of the fertile sex back to one parent or the other. They do not, as a rule, produce new breeds by breeding the first cross hybrids among themselves. Often, even after a backcross, only the females are fertile among the resulting hybrids. So repeated backcrossing is typical. Commonly there are two or more generations of backcrossing before fertile hybrids of both sexes are obtained and the new breed can be maintained via matings among the hybrids themselves. More backcrossing tends to be necessary in cases where the parents participating in the original cross are more distantly related.” 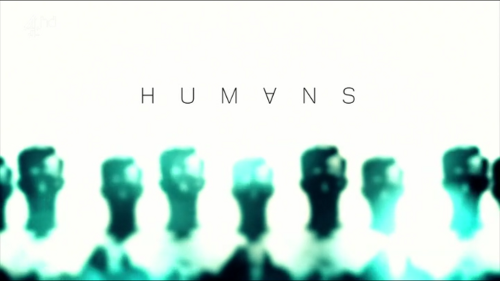 ‘I must admit that I initially felt a certain amount of repugnance at the idea of being a hybrid. The image of a pig mating with an ape is not a pretty one, nor is that of a horde of monstrous half-humans breeding in a hybrid swarm. But the way we came to be is not so important as the fact that we now exist. As every Machiavellian knows, good things can emerge from ugly processes, and I think the human race is a very good thing. Moreover, there is something to be said for the idea of having the pig as a relative. My opinion of this animal has much improved during the course of my research. Where once I thought of filth and greed, I now think of intelligence, affection, loyalty, and adaptability, with an added touch of joyous sensuality — qualities without which humans would not be human,’ said Dr McCarthy

This controversial theory has been attacked by numerous other scientists who state such a combination is impossible.

There is little chance that pigs and chimps could be interfertile. The two orders of creatures, according to evolutionary theory, diverged roughly 80million years ago, a ScienceBlogs post points out.

‘Just the gradual accumulation of molecular differences in sperm and egg recognition proteins would mean that pig sperm wouldn’t recognize a chimpanzee egg as a reasonable target for fusion,’ PZ Myers writes.

Furthermore, the writer explains, while chimps have 48 chromosomes, pigs have just 38.

The statement of Dr. McCarthy seems to support the controversial DNA study Dr. Ketchum carried out to determine the origins of the legendary Bigfoot. Interestingly, while indirectly, the theory proposed by Dr McCarthy supports the hypothesis of Ancient Astronaut theorists who suggest that humans came into existence after the interventionism of superior alien civilization. We are the result of a genetic experiment on primates that resulted in the creation of the Homo sapiens as a slave race.

Many of the ancient cultures speak of Sky Gods. The gods came from the heavens and created mankind”. There are hundreds of creation texts around the world, and all of the ancient cultures talk about the stars gods who came to this planet and seeded life in the distant past. Help us develop in a civilized way. We have to take in count that alien genetic engineering offers a solution for the highly abrupt change in human DNA and offers an explanation for the sudden appearance of Homo sapiens.

Is it possible that these “Sky Gods” manipulated and improved existing species on planet Earth, resulting in the creation of the first primitive forms of mankind, our ancestors. Primitive life forms such as the Neanderthals, Homo Erectus, and the Cro-Magnon could be considered as extraterrestrial genetic experiments.

According to ancient texts, such as the Bible, the Earth was inhabited by numerous different species in the past, among them, the Nephilim. These sacred texts, myths and legends could be interpreted as the alien gods who attempted several times, to create intelligent beings. The extraterrestrial gods created a number of human races during different time periods.

If we look at English biochemist Francis Crick, who won the Nobel Prize in 1962 for discovering the structure of DNA, we will find that be thought it possible that mankind was created by a super civilization which originated elsewhere in the cosmos. A super civilization that literally ‘infected’ planet Earth with microorganisms which were ‘set’ to develop over time, becoming what we are today.

Others have had their say. For example, Vsevolod Troitsky from the Academy of Sciences of the USSR believed that Earth is a testing ground for new forms of life, controlled and watched over by far superior and unknown beings from elsewhere in the cosmos.