Archaeologists are trying to solve the puzzle surrounding the discovery of a 2,000-year-old Egyptian mummy whose skull contains imprints left by the brain, said a report in Live Science.

The cranium shows the blood vessels that surround the brain within a membrane known as the meninges and scientists are now trying to piece together the exact process that could have caused such fragile structures to become imprinted into the hard bone of the skull. “This is the oldest case of mummified vascular prints” that has been found, study co-author Dr. Albert Isidro told Live Science.

Looking to the past we can only recount a few cases similar to this one what makes this case even more incredible. The skull that was discovered comes from a mummy found in 2010. The mummified remains had been preserved in bitumen (a viscous oil) mixed with linen. This is the oldest case of mummified vascular prints according to researchers.

The discovery was made in the Kom al-Ahmar/Sharuna necropolis in the southern area of Hierakonpolis in Egypt, which dates back to between the Late Period and the Ptolemaic Period of ancient Egypt (550 – 150 BC). 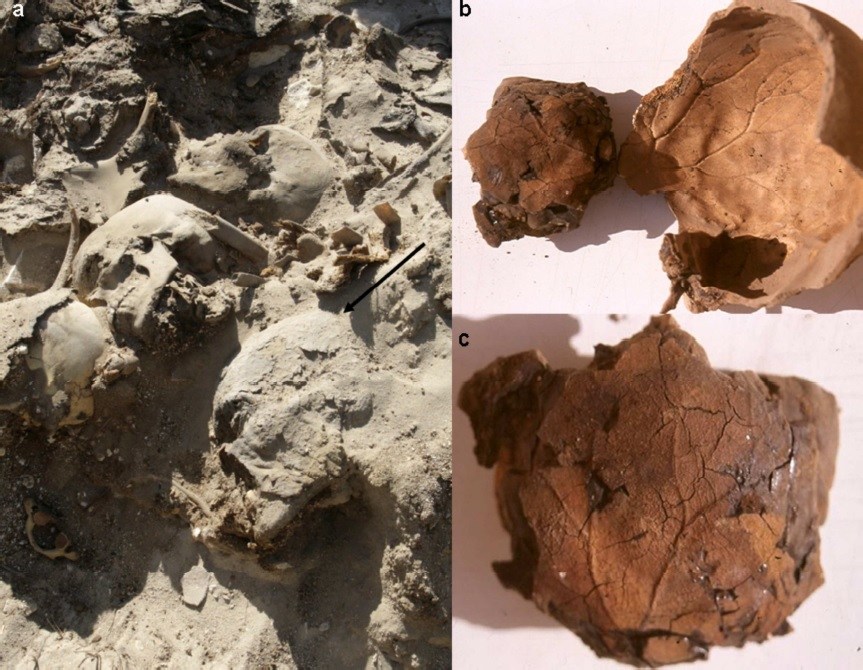 The mummy was recovered in a necropolis in Egypt. Closer examination of the skull reveals preserved prints of the brain vessels. Source: Isidro A. et al., Brain vessels mummification in an individual of ancient Egypt, 2014, DOI: 10.1016/j.cortex.2014.09.005
Credit: © 2014 Elsevier Ltd.

Researchers explain that during the mummification process, the brain was removed, and the inside of the skull was cleaned and filled with preservative substances. Although brain tissue is rarely found in artificial mummies who undergo brain extraction, it has been discovered frequently in natural mummies who were preserved in just the right environment.