This article first appeared in ancient-origins.net and is written by Mark Miller 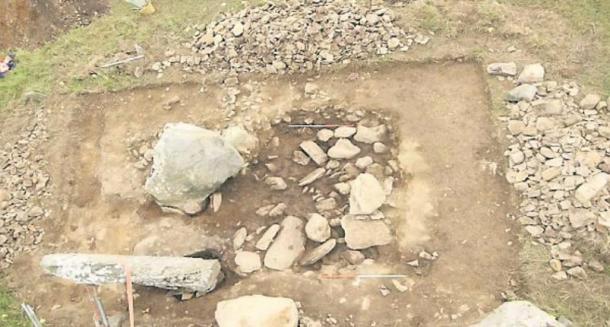 The remains of two apparently prominent people who were among some of the first farmers who settled in Southwest Ireland have been unearthed at a prehistoric stone dolmen monument in County Kerry. The remains date back around 6,000 years and were found in the megalithic tomb at Killaclohane.

The people buried in the tomb may have been prominent in their community said Dr. Michael Connolly, the county archaeologist, in an e-mail to Ancient Origins. DNA testing will be done on the cremated remains to try to determine how many people were buried in the dolmen. Their sex will be difficult or impossible to determine because they were cremated.

“Traditionally portal tombs, as with all megalithic tombs, are regarded as communal burial monuments used over a long period of time,” Dr. Connolly told Ancient Origins in e-mail. “However the excavations at Killaclohane indicate a single burial event with possibly as few as two individuals, which would run contrary to the traditional view. In the case of Killaclohane we may be looking at the burial of an important individual/s which has implications for social hierarchies, etc.

“The portal tomb at Killaclohane is significant in the history of County Kerry as it is a burial monument of the earliest farming communities in this area of south-west Ireland. This type of tomb is one of the earliest monument types in Ireland and are rare in the southern half of Ireland. …”
The settling of Ireland goes back around 10,000 years, Connolly said. The people of the community from which the double burial dates are among the first people in southwest Ireland to settle down and farm the land, he said.

“The earliest settlers in Ireland arrived around 8,000 BC into the north-east of the country during the Mesolithic,” Connolly wrote. “They arrived from Britain using wooden boats (a short crossing from Scotland to north-east Ireland). Ireland was not connected to Britain by a land bridge at this time. Ireland would have been clearly visible from Scotland/north Britain. From the north-east this small initial Mesolithic population spread down through the country. The earliest human presence in the south-west dates to around 4,400 BC at the period of transition from the Late Mesolithic to Early Neolithic.
“The earliest farmers would have had domesticated animals most likely goat, sheep and pig to begin with, cattle being domesticated later. There would have been plenty of wild game as the country was heavily forested. Crops initially would have been limited to early wheats (emmer) and some vegetables, wild fruits, plants and game would still initially have formed a major part of the diet.”

Stone Age monuments, which are all over Europe and the world, often have legends associated with them.

“As with a number of tombs, there was a local belief that the tomb at Killaclohane was the burial of a great chieftain and that couples struggling to conceive a child would be rewarded with a pregnancy following a night at the tomb,” Dr. Connolly wrote.

The remains were found when the land owner noticed the capstone was loose and notified the county council. 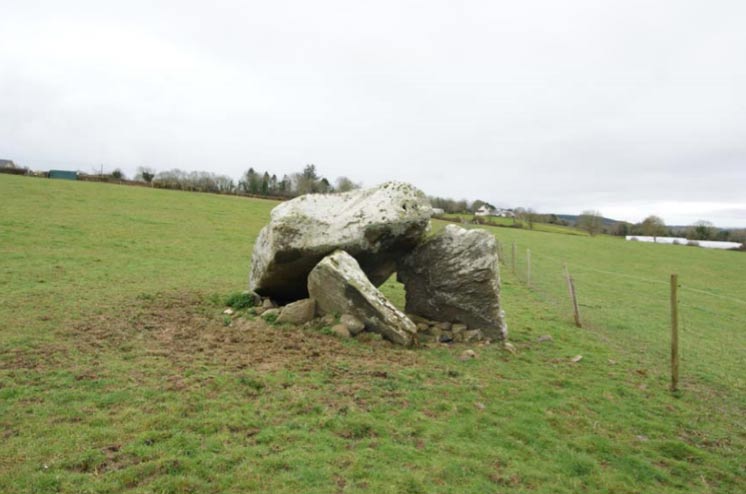 Mark is a Writer for Ancient-Origins. He has a bachelor of arts in journalism and is a former newspaper and magazine writer and copy editor who’s long been interested in anthropology, mythology and ancient history.