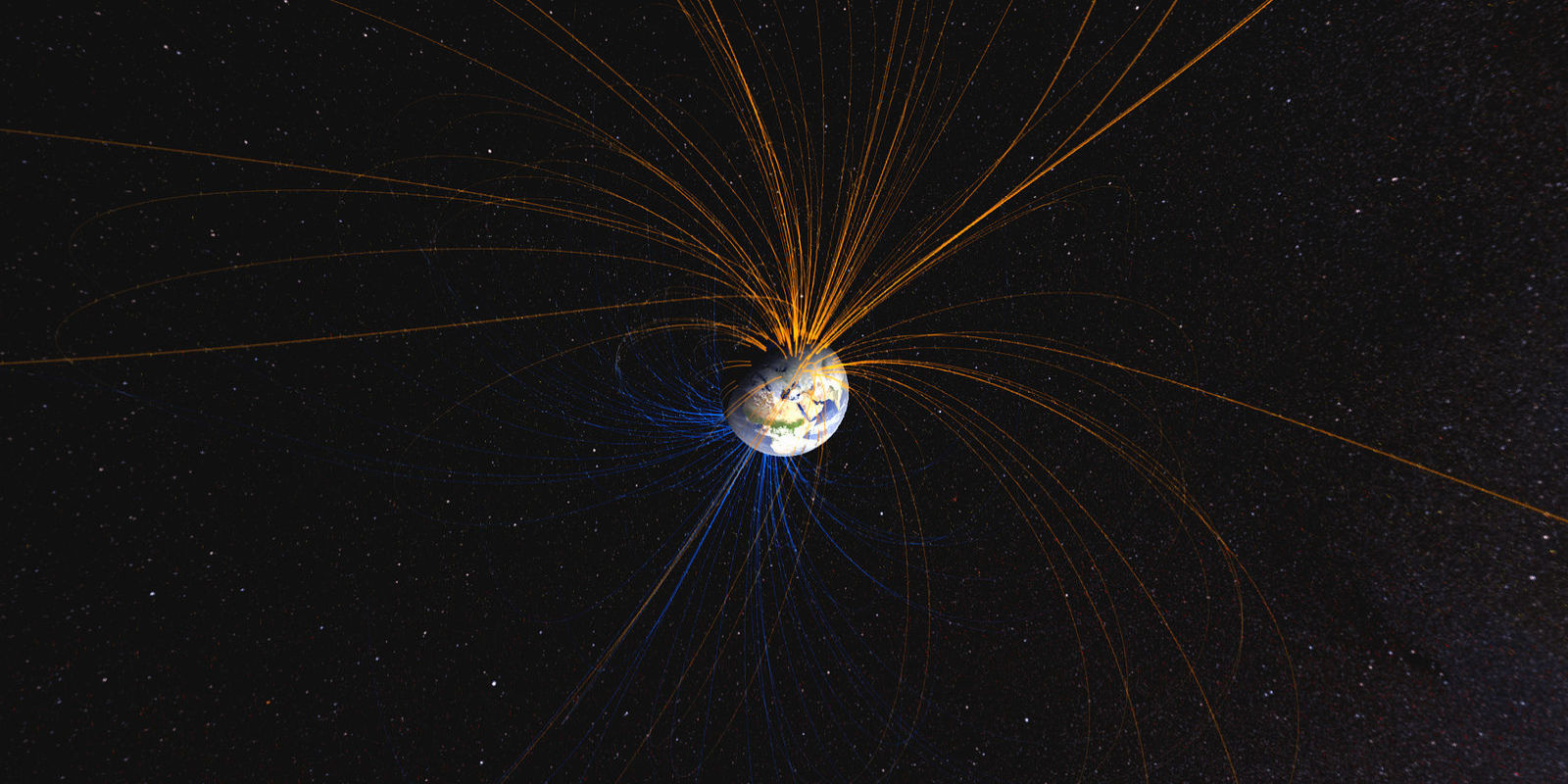 Earth’s magnetic field is more complicated than we thought!

Scientists believe our magnetic field comes from the rotation of Earth’s liquid iron core around a smaller, solid core (this is an effect called geodynamo). But the solid core hasn’t always existed. What was the magnetic field like back then? This question has been a mystery for years, but a recently published paper in the journal Geophysical Research Letters by scientist Peter Driscoll seems to point to an answer.

For most of history, the magnetic field has had two poles, north and south. Scientists have found proof of that in very old rocks that still show signs of the magnetic polarity of their times. The dipolarity of our planet seems to have remained consistent through much of Earth’s 4.5 billion year history. However, during the Neoproterozoic Era, between .5 to 1 billion years ago, evidence suggests that the Earth sometimes had more than two poles. Driscoll’s paper provides an explanation for this conundrum.

Driscoll created models of the planet’s thermal history during the last 4.5 billion years to study these effects. “What I found was a surprising amount of variability,” Driscoll told Carnegie Institute’s Department of Terrestrial Magnetism, where he’s a staff scientist. “These new models do not support the assumption of a stable dipole field at all times, contrary to what we’d previously believed.” 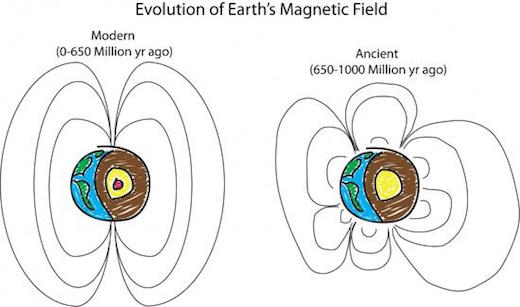 What he learned indicates that Earth had a dipolar field until about 1 billion years ago. When the Earth’s core began to solidify, the magnetic field went haywire, with many poles instead of two. Once the new solid core settled in, the field returned to its regular number of poles.

“These findings could offer an explanation for the bizarre fluctuations in magnetic field direction seen in the geologic record around 600 to 700 million years ago,” Driscoll said. “And there are widespread implications for such dramatic field changes.” His new modeling method may provide more great insights into our planet’s geological history. Now that his theory is out there, it’s up to other scientists to see if it holds up.*