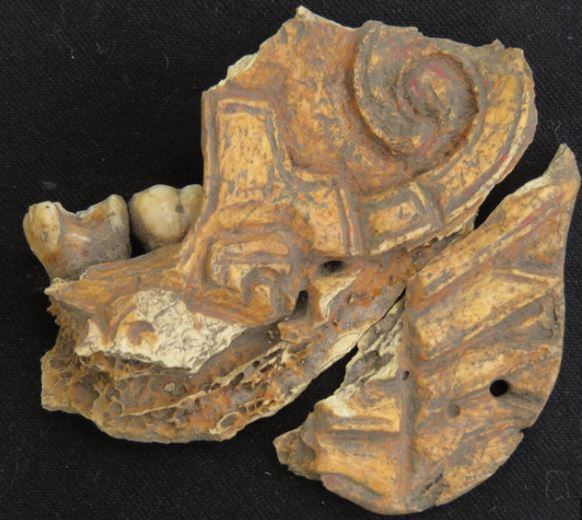 CORVALLIS, OREGON—Live Science reports on the ongoing study of a 1,300-year-old carved and painted human mandible discovered in a ceremonial area at the Zapotec site of Dainzú-Macuilxó, located in southern Mexico. The jawbone is thought to have been worn as a pendant. The excavation team also recovered thousands of fragments of smashed ceramic whistles and figurines, figurine molds, and a kiln at the ceremonial site. The whistles may have made owl-like sounds, while the figurines may have represented Xipe Totec, a Mesoamerican god associated with human sacrifice and agriculture. But Pink and the researchers think the decorated human bones belonged to ancestors of the site’s residents, who were “probably going into the tombs of their ancestors and bringing the remains of their ancestors out,” explained Jeremias Pink of Oregon State University.