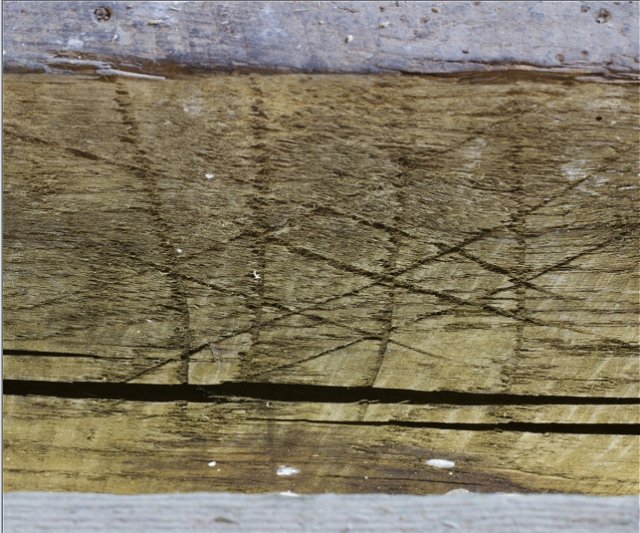 English archaeologists have discovered “demon traps” under the floorboards of one of Britain’s most important historic houses.

Consisting of carved intersecting lines and symbols, the witch marks were found in a bedroom at Knole, a huge, stately home in Kent which is considered one of the country’s most precious historic houses.

Acquired by the Archbishops of Canterbury in the 15th century and gifted to Henry VIII and remodeled in the 17th century by the Sackville family, the house was the birthplace of poet and gardener Vita Sackville-West and the setting for Virginia Woolf’s novel Orlando. 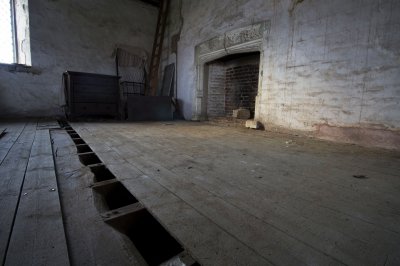 The markings had not been mentioned in any documents and remained hidden for more than four centuries. They came to light recently during restoration work by the Museum of London Archaeology (MOLA).

Using dendrochronology, or tree ring dating, the archaeologists were able to precisely date the marks to early 1606 and the reign of King James I.

They concluded the witch marks were carved to ward off evil and prevent demonic possession in the period of superstition and paranoia that gripped England after the failed Gunpowder Plot of 1605.

At that time, a handful of English Roman Catholic dissenters, led by Guy Fawkes, planned to blow up King James I of England and and both Houses of Parliament.

Government propaganda, orchestrated by James I, blamed the Catholic conspirators as being in service to Satan, paving the way to widespread accusations of demonic forces and witches at work.

“King James I had a keen interest in witchcraft and passed a witchcraft law, making it an offense punishable by death and even wrote a book on the topic entitled Daemonologie,” James Wright, buildings archaeologist at MOLA, said. 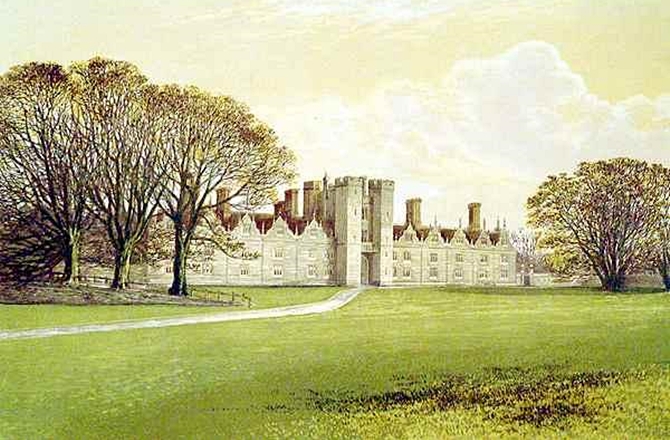 The researchers believe that craftsmen working for Thomas Sackville, Lord Treasurer to James I who at that time owned Knole, carved the marks in a planned system prior to the construction the room. The witch marks, also known as apotropaic marks, were added in anticipation of a visit from the king, with the intention of protecting him from evil spirits.

The marks emerged on beams and joists as archaeologists took up floorboards in the bed chamber prepared for James but also around the fireplace, considered a weak spot in the fight against witches.

“These marks illustrate how fear governed the everyday lives of people living through the tumultuous years of the early 17th century,” Wright said.

Why the Pope Shuns Creationism But Supports Exorcism

The carvings included criss-crossed lines, interlocking V-shapes to invoke the protection of the Virgin Mary, and scorch marks made by directly burning the timber with a candle.

“To have precisely dated these apotropaic marks so closely to the time of the Gunpowder Plot, with the anticipated visit from the King, makes this a rare if not unique discovery,” he added.

The research is part of investigative work that will continue throughout the house until 2018.

Although the showrooms are closed to the public during winter months for conservation work, a series of guided tours, which include a close up look at the witch marks, are conducted from time to time.