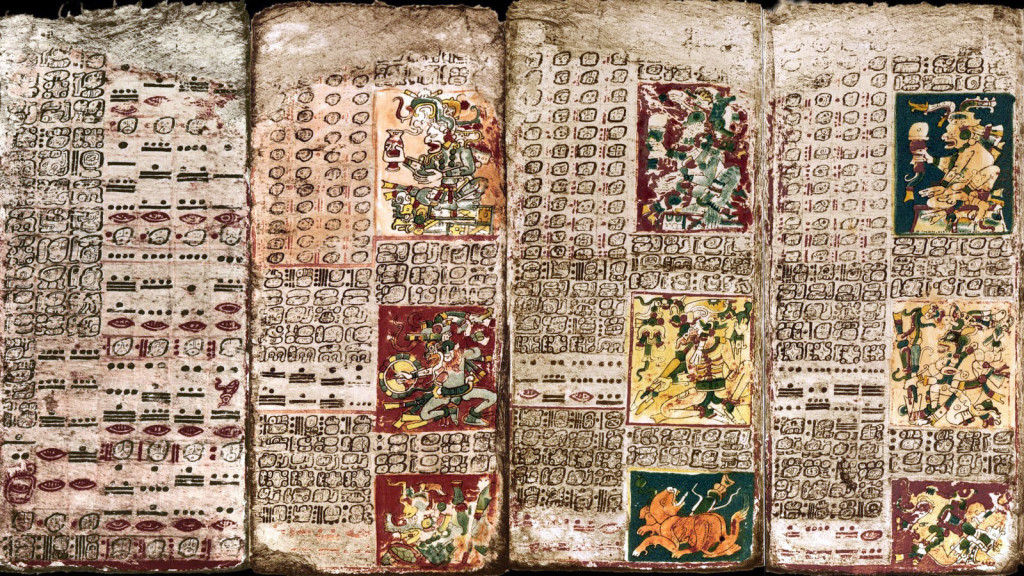 When the Spanish conquered the Maya empire in the 16th century, they forced their new subjects to convert to Christianity and speak and write in Spanish. But long before the Maya used the Roman alphabet, they had created their own rich and elegant script featuring more than 800 hieroglyphs. Sadly, the glyphs’ meanings were lost in the decades following the Conquest. Ever since, scholars have struggled to decode these symbols, pronounce the words they form, and understand the stories they tell. In this time line, follow the centuries-long decipherment, which has only recently reached the point where scholars can read more than 90 percent of the glyphs.—Rima Chaddha

16th century Surviving texts
The quest to decipher Maya hieroglyphs began with the very Spanish invaders whose hegemonic rule did so much to wipe out the ancient Maya script. Among them was the conquistador Hernando Cortes, who led massacres in Mexico but who also, some scholars believe, had the famous Dresden Codex—one of just four Maya illustrated books surviving today—shipped back to Spain. Another was Diego de Landa, a friar bent on replacing indigenous with Christian beliefs. In what amounts to a crime against the cultural heritage of humanity, Landa orchestrated the burning in 1562 of hundreds if not thousands of Maya bark-paper books, which he deemed heretical. Yet four years later, Landa wrote a manuscript about the Maya world called “Relation of the Things of Yucatan”. Together, this manuscript and the Dresden Codex proved essential in the later decoding of the Maya’s calendar system and their advanced understanding of astronomy and mathematics. 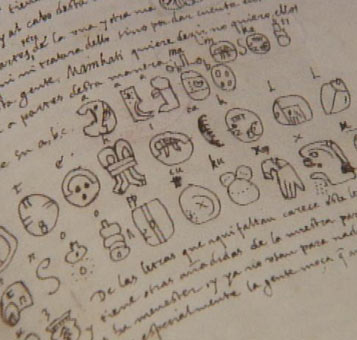 1832 – Counting
Actual decipherment began with an eccentric European genius named Constantine Rafinesque, who boasted of having dabbled in more than a dozen professions, from archeology to zoology. His insatiable thirst for knowledge had led Rafinesque to a reproduction of just five pages of the Dresden Codex, from which he was able to crack the Maya’s system of counting. In 1832, Rafinesque declared in his newsletter, the Atlantic Journal and Friend of Knowledge, that the dots and bars seen in Maya glyphs (like these at left, from the Dresden Codex) represented simple numbers—a dot equaled one and a bar five. Later findings proved him right and also revealed that the Maya even had a symbol for zero, which appeared on Mesoamerican carvings as early as 36 B.C. (Zero didn’t appear in Western Europe until the 12th century.) 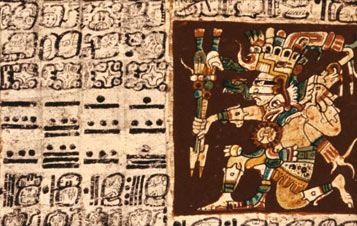 1880 – Math and astronomy
As with many early glyph-related discoveries, serendipity may have played a role in the next major step in decipherment. A librarian with a penchant for mathematics named Ernst Förstemann just happened to work at the Royal Library in Dresden, Germany, which owned the Dresden Codex and after which it was named. He also had access to Landa’s “Relation.” Using his unique skill set, Förstemann decoded the astronomy tables the Maya used to determine when, for example, to wage war (at left are codex pages depicting the planetary cycle of Venus). He also deciphered the Maya system for measuring time, now called the Calendar Round. In this system, dates cycle once every 52 years, much like dates cycle annually in our Gregorian calendar. Later Mayanists used Förstemann’s discoveries to convert Maya dates to Gregorian dates—for instance, the Maya believed the world was created on August 13, 3114 B.C. 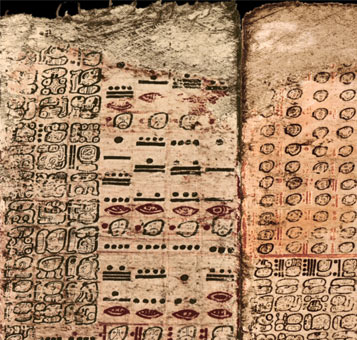 1881 – Photo documentation
Britain’s Alfred Maudslay was a respected diplomat, but he would be best remembered for his work as an amateur Mayanist. Fascinated by scholars’ writings on the Maya and by new advancements in photography, Maudslay set out to create as complete a record as possible of the civilization’s architecture and art. Using a large-format, glass-plate camera, he captured highly detailed images of Maya sites, including clear close-ups of the glyphs. He also prepared papier-mâché casts of several carvings from which accurate drawings were later made. Maudslay had effectively given Maya studies its first systematic corpus, or body, of inscriptions. This helped make further decipherments possible, in part by bringing glyphs to scholars who had limited access to the few surviving Maya texts. 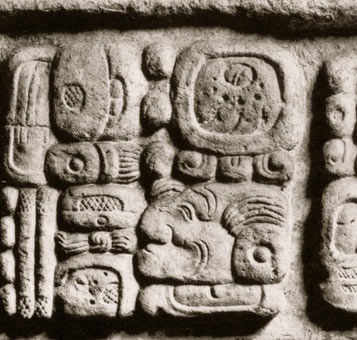 1930s Giant steps—and missteps
By the 1930s, British researcher Eric Thompson was the world’s foremost expert in glyph studies. His achievements included deciphering signs related to the calendar and astronomy as well as identifying new words from the Maya lexicon. Thompson also developed a numerical cataloguing technique, the “T”-numbering system, for each glyph. This enabled experts to easily discuss symbols that had yet to be fully understood or identified. Nevertheless, glyph studies nearly came to a halt during this time, in large part because Thompson had most scholars convinced that each of the symbols in glyphs stood for entire words or ideas. For instance, the glyph for “west” included a well-known symbol for the sun and an as-yet unidentified symbol depicting a nearly closed hand. Thompson suggested that the hand meant “completion.” And so “west,” where the sun sets, was symbolized by “completion of the sun.” It was a reasonable guess, but one that, along with Thompson’s more general take on the glyphs, would be proven wrong. 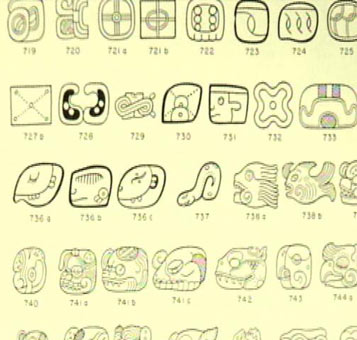 1952 – The sounds of the glyphs
While glyph studies languished in the West, a Russian linguist in Moscow was making his own groundbreaking discoveries. In 1952, Yuri Knorosov postulated that the individual symbols in Maya glyphs stood for phonetic sounds, much like English letters do. Knorosov knew that Maya had too many glyphs to be a true alphabet but too few for each glyph to symbolize an entire word. (Maya’s 800-plus glyphs compare to the several thousand characters of Chinese, for example.) He determined that written Maya, like Egyptian hieroglyphics, contained a combination of these elements. Because “west,” in spoken Maya, is “chik’in,” and “k’in” is the word for sun, the hand represents the syllable “chi,” as Knorosov concluded. Fortunately, American scholars Michael and Sophie Coe began publishing Knorosov’s papers in the U.S. in the late 1950s. Otherwise, his important (though incomplete) findings might have been inaccessible to Western scholars until the end of the Cold War. 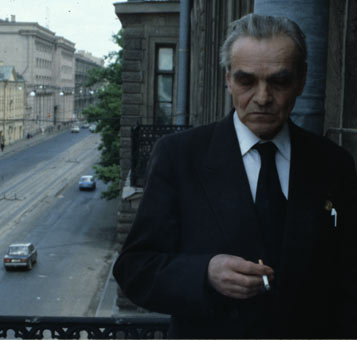 1958 – Uncovering Maya history
Tatiana Proskouriakoff was an architect by trade, but faced with a scarce job market during the Great Depression, the Russian-born American took work drawing reconstructions of the ruins at Piedras Negras, a Classic Maya site on the border between Mexico and Guatemala. Later, while examining photographs of the Piedras Negras stelae, or commemorative stone slabs, Proskouriakoff noticed patterns in their dedication dates. The Maya would set up a series of stelae in front of a single temple, one every five years. The first stela in each series always showed a seated figure. Thompson had thought these were gods, but Proskouriakoff convincingly proved that they were kings and that the different markings on the stelae depicted their lives from birth until death. When a ruler died, the Maya at Piedras Negras would begin erecting stelae at another temple, detailing the life story of another ruler. For the first time, as Thompson and others came to agree, the glyphs were found to tell the stories of the Maya. 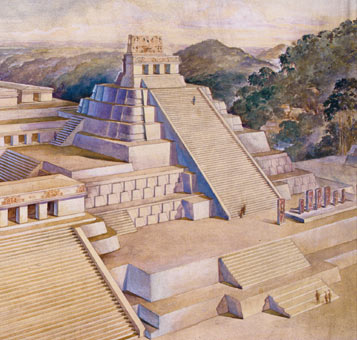 1973 – Unveiling a dynasty
Concerned that Maya research was limited to a few experts with special access to key resources, Merle Greene Robertson, an American artist based at the Classic Maya site of Palenque, built a center where anyone could go to study the city’s art and inscriptions. In December 1973, 30 people came to the center at Robertson’s invitation, forming the first major scholarly conference held at a Maya site. Attendees included Robertson’s assistant Linda Schele, who had studied every Palenque inscription firsthand, and Peter Mathews, an undergraduate who had spent the previous year assigning Thompson’s “T”-numbers to the city’s inscriptions. The duo (left, at the site) began piecing together Palenque’s history using a carving from the site called the Tablet of the 96 Glyphs, which researchers vaguely understood to depict a line of royal accession. Within hours, and with a combination of luck and an intimate knowledge of the glyphs, Schele and Mathews accomplished something extraordinary: They unveiled most of Palenque’s dynastic history, including the life stories of six rulers. 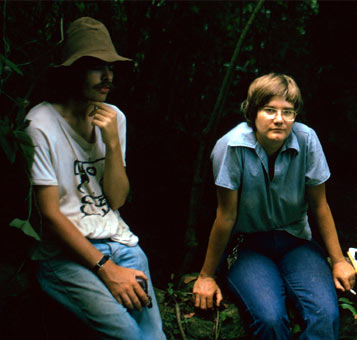 1981 – In their own words
Before all the glyphs could be read aloud in the original Maya, researchers needed to complete Yuri Knorosov’s phonetic decipherment. This began in 1981 when 15-year-old budding Mayanist David Stuart (left, with Linda Schele) discovered that individual Maya words could be written in multiple ways, using different symbols for the same sounds, as in “faze” and “phase.” Eric Thompson’s theory had been that the Maya wrote in rebus, in which symbols are used for whole words. A modern rebus of the phrase “I can see” might include pictures of an eye, a tin can, and the sea. While some glyphs can indeed be read this way, Stuart’s finding—that any symbol with the correct beginning sound can be used to identify that sound in a word glyph—is also true. As a result, a single glyph could be drawn in dozens of ways. With this revelation, scholars could now read many glyphs once considered indecipherable. 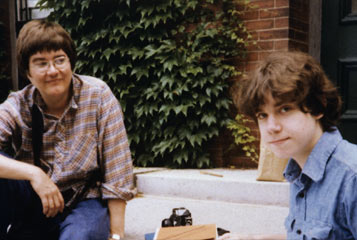 Present – Reviving ancient Maya
Scholars and the modern Maya can now read the majority of glyphs, like these from Copan. They understand how the ancient language was spoken compared to modern Maya and have begun to grasp the lost civilization’s traditions by reading the stories carved on walls and painted on pottery. From these images, they now know, for example, that early Maya scribes held an exalted status, each living like royalty and vying to develop his own glyphic style. Though many traditional Maya scribes today write in the Roman script, there has been a push since the 1980s among Maya to relearn their forebears’ script and use it themselves. Maya are now teaching the written language to one another in workshops, while Maya schoolchildren are learning the glyphs along with the history of their ancestors. 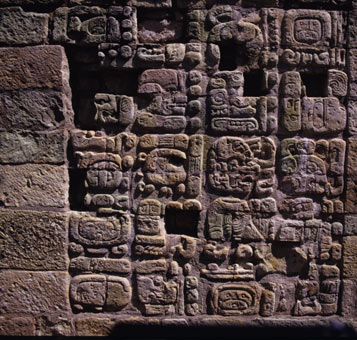