Is it possible that researchers has found evidence that the Great Pyramid of Giza is a giant energy machine: Heat scans prove it

The international project called “Scan Pyramids” has revealed its first results after performing heat scans inside the great Pyramid of Giza. The results are mind-boggling. According to experts who have analyzed the Great Pyramid of Giza, there are ‘thermal anomalies’ that scientist say could lead to a previously unknown chamber inside the Great Pyramid. The fact that there are thermal anomalies inside the great pyramid is an enigma since it was believed that the temperature inside the pyramid was always constant and equals the average temperature of the earth, 20 Degrees Celsius (68 Degrees Fahrenheit). 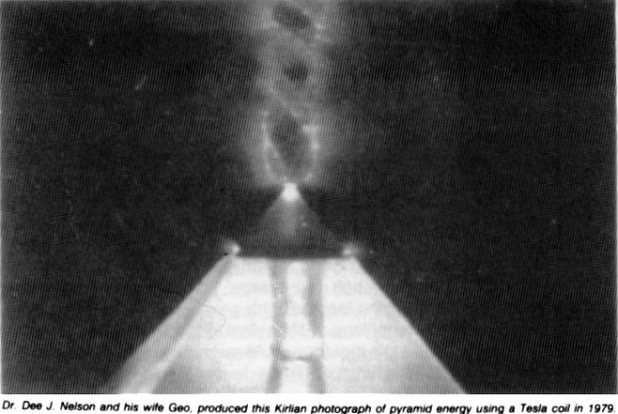 Now, after performing scans with the aid of thermal cameras, researchers have identified several sectors inside the Pyramid which they cannot explain. Thermal cameras detected temperature variations in three adjacent stones at the bottom of the structures.

The most interesting comment after the discovery came from one of the researchers from “Scan Pyramids”: We do not know what it is, it could be other material, a passage or anything else… we have to check with other scientists,” “It could be that hot air is coming out of the pyramid”.

While researching the pyramid, Antiquities Minister Mamdouh el-Damaty said that there is something like a small passage in the ground that you can see, leading up to the pyramids ground, reaching an area with a different temperature.

This finding is backing up numerous theories from the past which suggest that the Great Pyramid of Giza isn’t a tomb as it was believed in the distant past. There are theories that propose that the Great Pyramid of Giza is in fact a giant energy plant that harnesses the earth Natural energy and amplifies it somehow. This theory has been considered as ludicrous by skeptics who believe that something like this is impossible. 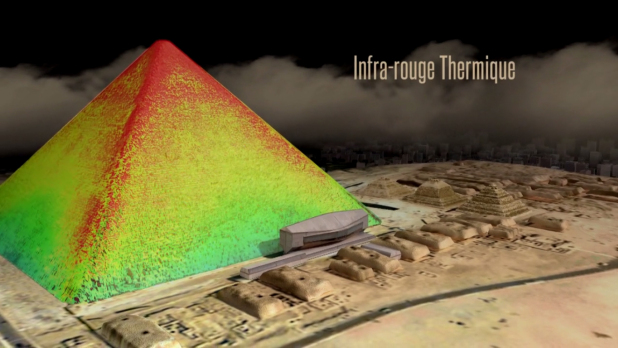 “Scanning” the Pyramid with infrared technology also allowed experts to identify three hot spots in the middle of the pyramid, which also have a higher temperature than the rest of the blocks.

These anomalous findings suggest that somehow, heat is coming from underneath the pyramid. The ‘impressive anomaly’ was found on the eastern part of the Great pyramid at ground level which has led researchers to believe there might be numerous hidden chambers built into the great pyramid. One or more of these chambers could be responsible for the temperature variations that have been detected in the pyramid.

Scan Pyramids has proven once more that the Great Pyramid of Giza is an incredible ancient construction filled with enigmas and mysteries that have yet to be solved and explained accurately.