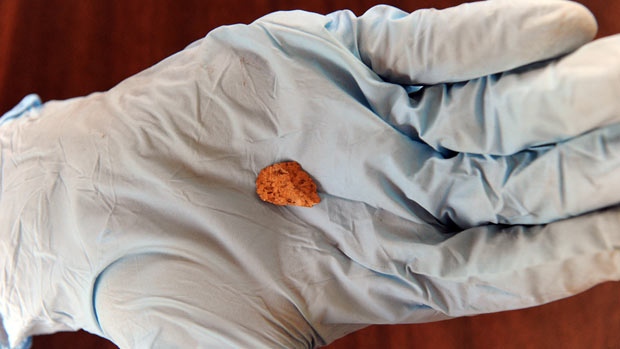 Archaeologists have found evidence that proves First Nations people were in New Brunswick more than 10,000 years ago.

For years archaeologists suspected the First Nations history might go way back because there had been small, individual finds, but Hurricane Earl helped reveal even more.

But for the first time, a large campsite has been uncovered that proves people moved through the area when ice still covered parts of the province.

“We have individual finds and that’s how we knew people were here,” said Brent Suttie, archaeologist in charge of the site.

The site is near Pennfield but the precise location is being kept secret for now.

“We had individual spear points that we knew were that old. But it’s just we never had the sites to give us contextual information — like what people were eating, how they were living, the structures they may have been living in, what the population size may have been,” he said. 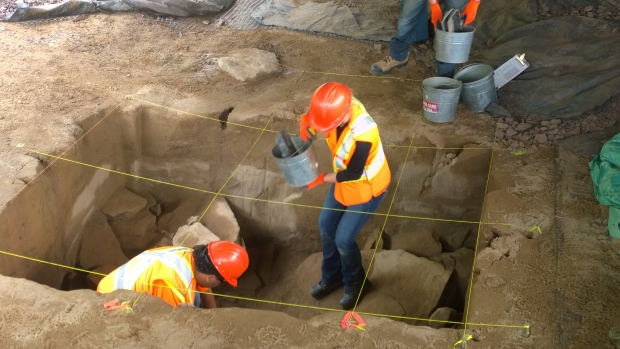 <The site where the artifacts were discovered was intended to be the eastbound lanes of a new highway.(Courtesy of Bruce Templeton)

“That’s the real exciting part about this site.”

The site was destined to be the east bound lanes of a four-lane highway.

Those plans changed when the artifacts were found by accident in 2009.

The search began after an archaeologist with the road building company needed to get better reception for a cell phone call, so he drove his truck to the top of the hill, Suttie said.

“As he was walking and talking to another archaeologist from the same company, he looked down and spotted artifacts that were just laying out on the surface,” he said.

Two years later, they are excavating, and the road has had to be re-routed to bypass two of the three sites.

Suttie said they have found some material in the campsite that came from central Maine.

There are 27 archaeologists, graduate students and some First Nations people are working the area.

Mike Nicholas, an archaeologist of Maliseet descent, said he is thrilled with the find and working on the project.

“Pride in knowing my possible ancestors survived out here that long ago,” Nicholas said.

The work is being done under a deadline because the highway will pass through the site in September.

The highway has been altered to leave the other two spots untouched.