Six official clay seals found by a Mississippi State University archaeological team at a small site in Israel indicate that the biblical kings David and Solomon were ‘not fiction’ – they really existed.
Many modern scholars dismiss David and Solomon as mythological figures and believe no kingdom could have existed in the region at the time the Bible recounted their activities.

Six official clay seals found by a Mississippi State University archaeological team at a small site in Israel indicate that the biblical kings David and Solomon were not a fiction – they really existed.
Many modern scholars dismiss David and Solomon as mythological figures and believe no kingdom could have existed in the region at the time the Bible recounted their activities.
The clay bullae were used to seal official correspondence in much the same way wax seals were used on official documents in later periods, according to researcher Jimmy Hardin, associate professor in the MSU Department of Anthropology and Middle Eastern Cultures and his colleagues, excavating each summer at Khirbet Summeily, a small biblical period village (10th-8th century BCE) located in the northern part of Israel’s Negev desert, since 2011. 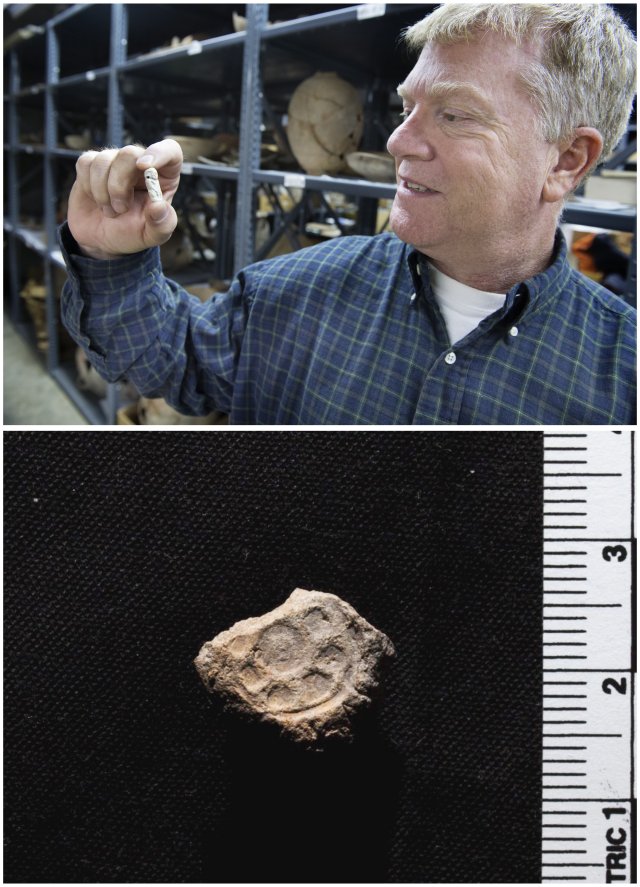 Top: Jimmy Hardin, an associate professor in the Mississippi State University Department of Anthropology and Middle Eastern Cultures, found archaeological evidence from the time of kings David and Solomon. In his MSU laboratory, Hardin examines an Egyptian figurine dating to the 10th or 11th century BC.

Below: A Mississippi State University team found this bulla, or ancient clay seal, on a dig site in southern Israel last summer. It offers evidence of government activity in the 10th century B.C., a time when many scholars said a kingdom could not exist in the region. Photo by University of Wisconsin/Nathaniel Greene
“Our preliminary results indicated that this site is integrated into a political entity that is typified by elite activities, suggesting that a state was already being formed in the 10th century B.C.,” Hardin said.
“We are very positive that these bullae are associated with the Iron Age IIA, which we date to the 10th century B.C., and which lends general support to the historical veracity of David and Solomon as recorded in the Hebrew biblical texts.
“These appear to be the only known examples of bullae from the 10th century, making this discovery unique.”
The finds contribute significantly to an ongoing debate in the archaeological community about whether governments or states existed in the early Iron Ages.
The site of excavations is described asa borderland area between the heartlands of Judah and Philistia.
It was originally assumed to be a small Iron Age farmstead.
However, the excavation of the bullae and other recent archaeological finds indicate a level of political organization previously thought not to exist at that time. 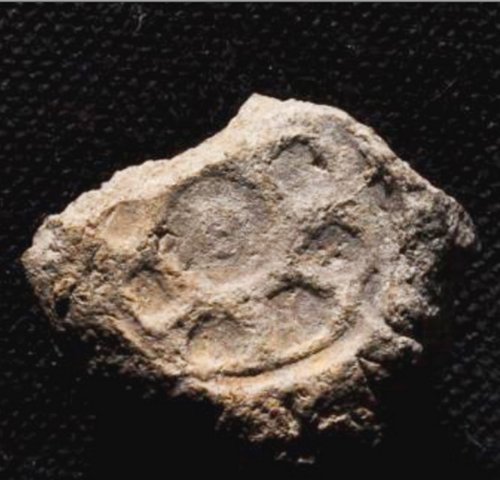 “Some text scholars and archaeologists have dismissed the historic reliability of the biblical text surrounding kings David and Solomon, such as recorded in the Bible in the books of Kings and Second Samuel, which scholars often date to the Iron Age IIA or 10th century B.C,” Hardin said.
“The fact that these bullae came off of sealed written documents shows that this site — located out on the periphery of pretty much everything — is integrated at a level far beyond subsistence,” he said. “You have either political or administrative activities going on at a level well beyond those typical of a rural farmstead.”

One bulla has a well-preserved hole where the string used to seal the document passed through the clay. The impressions in the bullae do not contain writing.

The dig site was chosen so researchers could study border dynamics between the nations of Philistia and Judea in the area previously dated to the 10th century B.C. “We were trying to identify in the archaeological record the differences between Philistia and Judah,” Hardin said. “Why is there a border in this area and only at this time? We’re trying to learn what was the process by which these political entities were created.*