Explorer, archaeologist, and expert in ancient mysteries, Jonathan Gray, discussed how new findings which don’t match current academic beliefs are being suppressed, as well as the discovery of human remains in geological strata, including the very earliest Cambrian layer. Citing the work of scientist George Dodwell, he said the Earth underwent a massive cataclysmic event in 2345 BC. The planet was tipped on its axis and was left wobbling (which continues to this day). Gray contends that all civilizations essentially began after this date.

He said that the Globalist agenda has covered up a very big secret– namely, that Earth’s granite rocks didn’t slowly cool from liquid to solid over millions of years. Based on data that shows polonium bubbles froze into granite rock, he argued that the planet solidified in a matter of minutes, thus correlating with the description of creation offered in the book of Genesis. If the planet solidified so quickly, there had to have been some type of outside intervention, he observed.

Archaeology, or archeology is the study of human activity in the past, primarily through the recovery and analysis of the material culture and environmental data that they have left behind, which includes artifacts, architecture, biofacts and cultural landscapes. Because archaeology employs a wide range of different procedures, it can be considered to be both a science and a humanity, and in the United States it is thought of as a branch of anthropology, although in Europe it is viewed as a separate discipline.

Archaeology studies human history from the development of the first stone tools in eastern Africa 3.4 million years ago up until recent decades. (Archaeology does not include the discipline of paleontology.) It is of most importance for learning about prehistoric societies, when there are no written records for historians to study, making up over 99% of total human history, from the Palaeolithic until the advent of literacy in any given society. Archaeology has various goals, which range from studying human evolution to cultural evolution and understanding culture history.

Since its early development, various specific sub-disciplines of archaeology have developed, including maritime archaeology, feminist archaeology and archaeoastronomy, and numerous different scientific techniques have been developed to aid archaeological investigation. Nonetheless, today, archaeologists face many problems, ranging from dealing with pseudoarchaeology to the looting of artifacts and opposition to the excavation of human remains.

Thus, the items found in the Cambrian layers, including gold chains, iron pots, thimbles, and remains of modern humans, may be less than five or six thousand years old, he surmised. Gray also shared other intriguing notions:

The Egyptian pyramids (as well as the structure at Baalbek) were built through a anti-gravity technology using sound waves to lift heavy objects.
Underground tunnels that go for hundreds of miles appear to be cut with a laser beam.
The Chinese sent manned missions to the Moon, and constructed a “Palace of Cold” there, some 3,200 years ago.
Ancient cave paintings depict people wearing modern clothes.

International explorer, archaeologist and author Jonathan Gray has traveled the world to gather data on ancient mysteries. Over the past 37 years, he has penetrated some largely unexplored areas, including parts of the Amazon headwaters. He has also led expeditions to the bottom of the sea and to remote mountain and desert regions of the world. 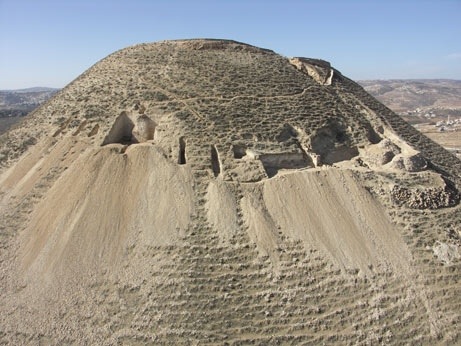