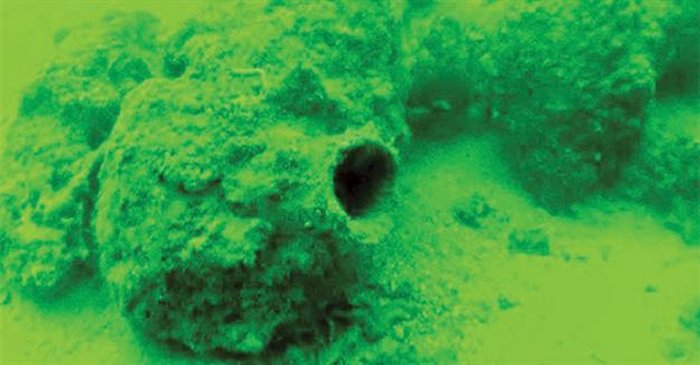 In the Roman era there was a busy sea trade in this region, these new findings just verified that thesis.

An amateur diver has discovered an ancient unknown underwater city with large columns and sarcophagus off Marmara Sea.
The underwater city is located about 20-25 kilometers off the shore of the northwestern province of Çanakkale’s Biga district, close to the ancient sites of Priapos and Parion.
The remains of the Priapos and Parion ancient cities date back to two thousand four hundred years ago. Historians state that the Parion ancient city was a seaport that belonged to the Roman Empire. Head Archaeologist of the Parion Ancient City Excavations Prof. Dr. Vedat Keleş said, “We claimed that in the Roman era there was a busy sea trade in this region, these new findings just verified that thesis. 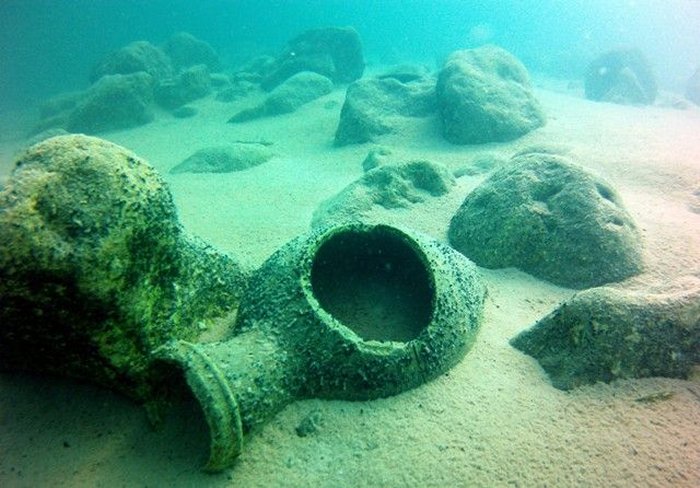 “We believe there was intensive marine trade in this region in the Roman era. These latest findings verify our thesis,” said the head of the Parion ancient city excavations, Professor Vedat Keleş.

It is possible that the columns and sarcophaguses might have been carried by a vessel trading on the Marmara Island.

Fatih Kayrak who is a fisherman and diver stumbled upon amphora and vessel wreckage a few months ago in the same region. The vessel is thought to date back to the ancient era.
When examining the remains of the vessel, Kayrak also recorded previously unknown findings, including large columns and sarcophaguses, 8-10 meters underwater in the Fırıncık Cove. The gigantic columns and tombs resemble an unknown sunken city.

The findings may have been part of a temple, close to the ruins of the Priapos and Parion ancient cities. Historians say Parion was a coastal town of the Roman Empire.
Keleş pointed out that the columns and tombs might have been the load of a trade ship sailing from the Island of Marmara, “We may also be facing an unknown ancient city. From the footage we can only make an estimated assumption. It will be clarified after the research of the underwater archaeologists.” he said.
The coordinates of the remains have now been sent to the Bodrum Underwater Museum with requests that the area is taken under protection because the remains could be covered over during the port construction.
In recent years, the surrounding region has become a topic of debate over thermal power plant projects. The area where the new discoveries were made has been cited as a port construction area.