Have humans been on Earth for millions of years? Is our history “fake”?

Numerous researchers firmly believe that advanced human civilizations have been on Earth for millions of years. They point towards several out-of-place artifacts that have been found around the world suggesting that history as we have been taught in school is very different from what really happened on Earth in the distant past.

Here we have the ‘alleged artifacts’: 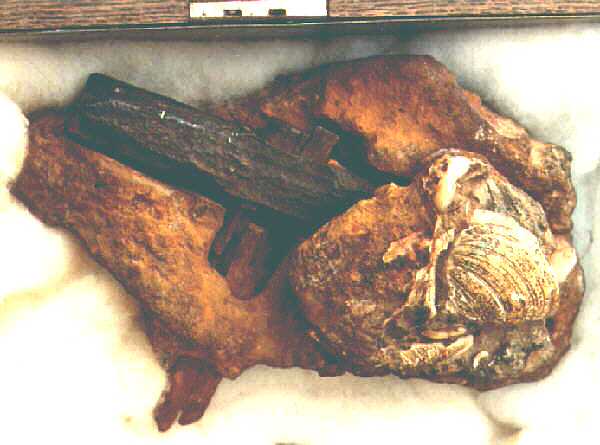 Ever since its discovery, there have been many theories about its origin, and most importantly its incredible age. But is it possible that this hammer is in fact 400 million years old? Skeptics say no and believe this item is a fabricated hoax. For the hammer to finish inside the rock, it had to have been built before the rock was formed and that would be several of million years ago. After its discovery and due to all the questions the hammer raised, researchers decided to abandon the incredible discovery in the Somerwell Museum, in Texas.

According to studies of the Metallurgical Institute of Columbia the inside handle underwent the process of carbonization, the head of the hammer was built with an iron purity only achievable with modern-day technology. According to analysis, the head of the hammer consists of 97 pure iron, 2 percent chlorine and 1 percent sulfur. Surprisingly researchers also found that the iron had undergone a process of purification and hardening, typical of metallurgy of the twentieth century. According to analysis, the rock encasing of the hammer was dated to the Ordovician era, more than 400 million years ago. 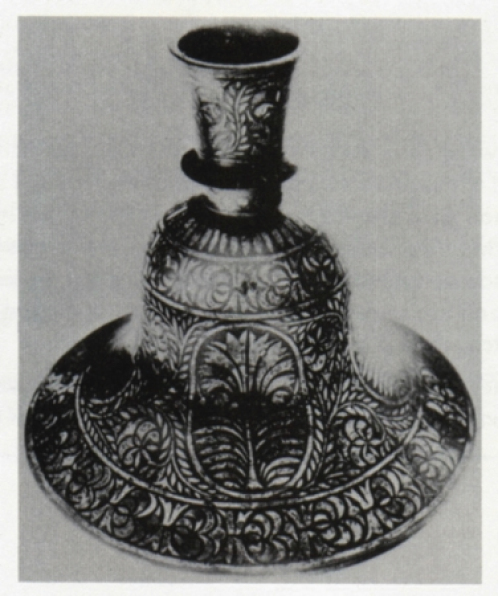 Another artifact that has everyone scratching their heads. How is it possible that such an item even exists? The age of the pot is the number one discussion among experts as it appears that no one can agree on how old it exactly is. According to geologists, the Roxbury Conglomerate, where this mysterious pot originated from, has been dated as having accumulated between 570 and 593 million years ago during the Ediacaran Period. Does this make it between 570 and 600 million years old? According to several researchers it is a possibility.

In principle, it is not too clear if the pot was really “embedded” within the rock since the explosion was the cause of its discovery. The measurements of the pot are about 4.5 inches (11.5 cm) high, 6.5 inches (16.5 cm) in diameter at the base and 2.5 inches (6.4 cm) in diameter at the top. The small vase is made entirely of zinc and was decorated with silver inlay, you can see six floral ornaments on its side and a kind of vine or crown on the bottom. The decorative work and perfect manufacturing of Dorchester vase denote its creator was a master craftsman in the molding of this metal. 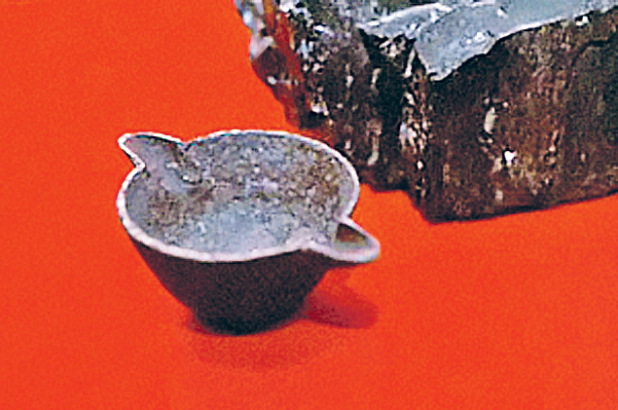 It’s a perfect piece of metal and it was discovered in 1912 in a mine in Wilburton, Oklahoma, its discoverer was Frank J. Kennard and according to him, it was found within a block of coal. The usual problems are seen in the discovery of this item, anecdotal evidence is basically the only thing we have, yet that does not explain how the artifact ended up embedded in the coal which is around 300 million years old. So as skeptics would say, no matter how certain Frank Kennard might have been at the time of his discovery, skeptics will provide dozens of alternative explanations regarding the item and how it ended up inside the coal. Not only for this item, but for many other items with similar age.

Ancient alien theorist have a high regard when it comes to items like this, they are both mysterious, and challenge the typical views of history and archaeology. It seems that every time one of these items pops up, they are seen by archaeology and mainstream history as potential “enemies” since their true origin and age might challenge the conventional way, researchers look at history and civilization.

What are your thoughts about these items? Are they elaborate hoaxes as skeptics suggest? Or is there something more to them?