Ancient Hidden Cities Discovered Beneath The Jungle In Cambodia 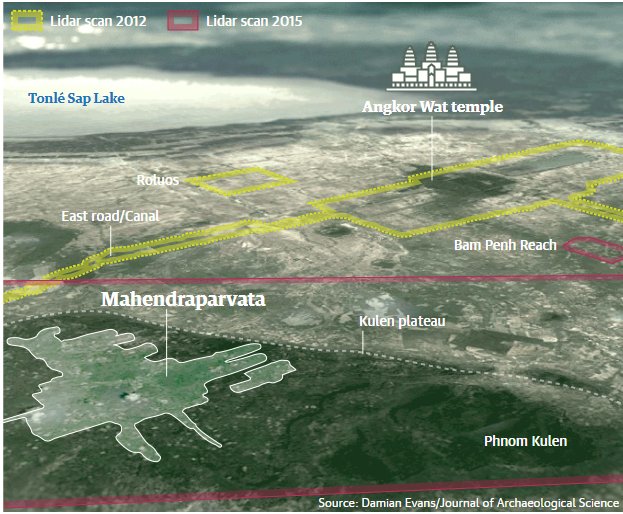 Several ancient hidden cities have been discovered in the jungle of Cambodia. Many of the previously totally unknown sites are located near the ancient temple city of Angkor.
According to Australian archaeologist Dr Damian Evans, some of the ancient cities are between 900 and 1,400 years old and they were discovered beneath the tropical forest floor with help of cutting-edge airborne laser scanning technology.

Preliminary reports indicate these ancient sites rival the size of Cambodia’s capital, Phnom Penh.
Evans said: “We have entire cities discovered beneath the forest that no one knew were there – at Preah Khan of Kompong Svay and, it turns out, we uncovered only a part of Mahendraparvata on Phnom Kulen [in the 2012 survey] … this time we got the whole deal and it’s big, the size of Phnom Penh big.” 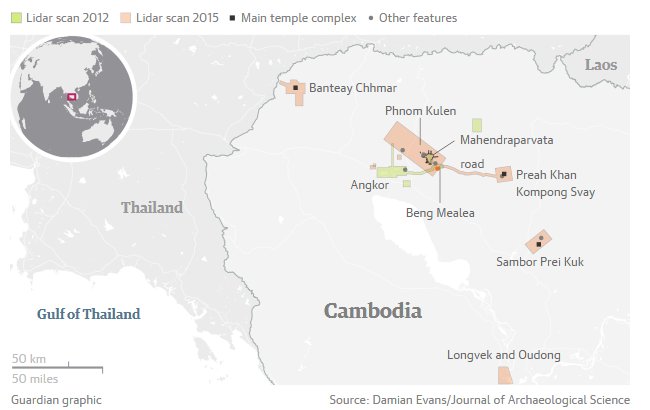 Several ancient cities have been discovered in the jungle of Cambodia. Image credit: The Guardian & DamianEvans

Archaeologists have suspected for some years there is an undiscovered complex urban landscape connecting medieval temple-cities, such as Beng Mealea and Koh Ker, to Angkor. They also thought there was a city beneath Mount Kulen. However, it was not until the results of the significantly larger 2015 survey were analyzed that the size of the city was apparent.

The survey revealed the presence of elaborate water systems that were built hundreds of years before historians believed the technology existed.

The findings are expected to challenge theories on how the Khmer empire developed, dominated the region, and declined around the 15th century, and the role of climate change and water management in that process.

“Our coverage of the post-Angkorian capitals also provides some fascinating new insights on the ‘collapse’ of Angkor,” Evans said. “There’s an idea that somehow the Thais invaded and everyone fled down south – that didn’t happen, there are no cities, revealed by the aerial survey that they fled to. It calls into question the whole notion of an Angkorian collapse.”

The new cities were found by firing lasers to the ground from a helicopter to produce extremely detailed imagery of the Earth’s surface. Evans said the airborne laser scanners had also identified large numbers of mysterious geometric patterns formed from earthen embankments, which could have been gardens. 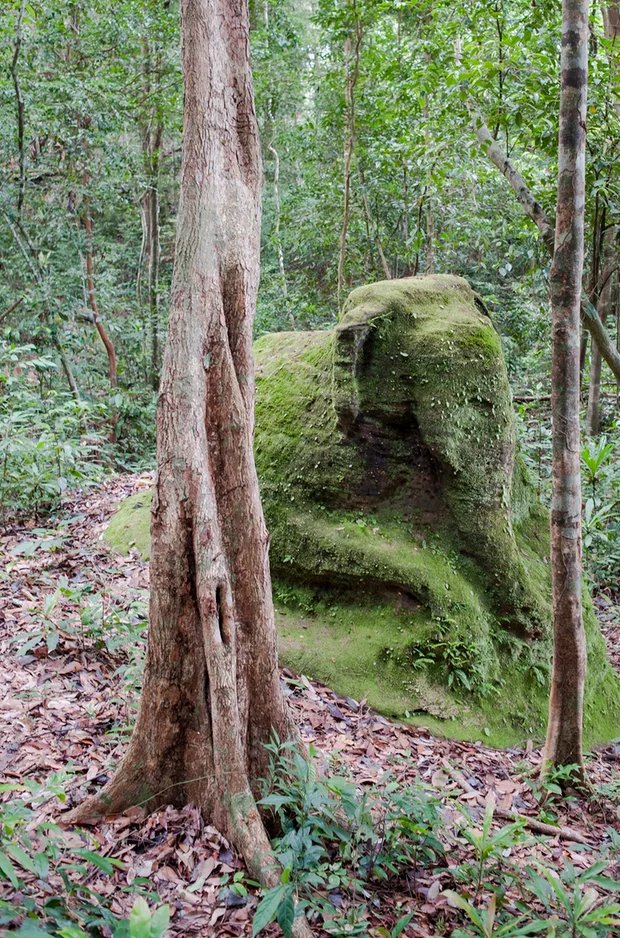 “I think that these airborne laser discoveries mark the greatest advance in the past 50 or even 100 years of our knowledge of Angkorian civilization,” Michael Coe, emeritus professor of anthropology at Yale University and one of the world’s pre-eminent archaeologists, specializes in Angkor and the Khmer civilization said.

Experts in the archaeological world agree these are the most significant archaeological discoveries in recent years. These ancient sites would have made up the world’s largest empire in 12th century.

Further examination of the data collected will cast more light on the ancient cities hidden beneath the dense Cambodian jungle.*

There is an undiscovered city beneath Mount Kulen.  Photograph: Terence Carter