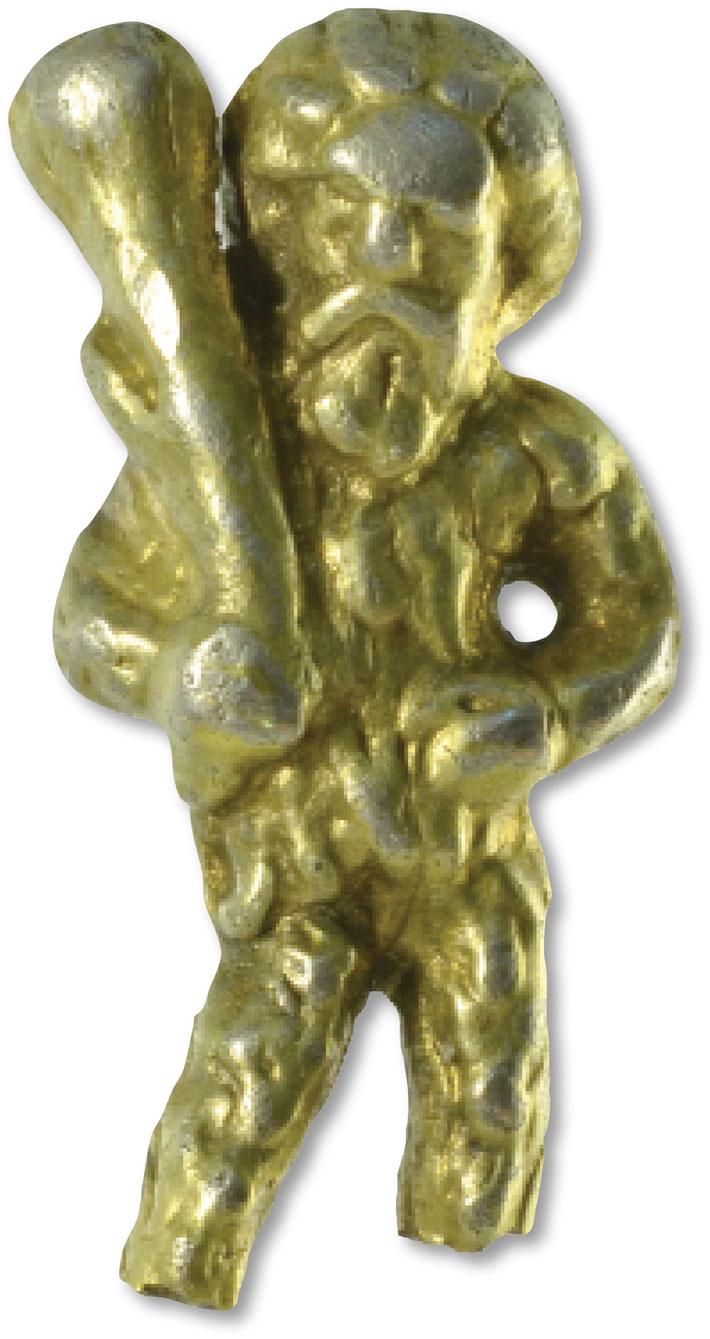 What is it?
Spoon finial or knop

*
One of the most common mythical figures of the European Middle Ages among both rich and poor was the lustful woodland deity known as the Wild Man. As far back as the fifth century B.C., in the writings of the Greek historian Herodotus, and later the Roman historian Pliny, distant, little-known peoples were considered to be uncivilized—in contrast to the civilized world in which the historians lived—and this was embodied by beastly, amoral gods, such as the debauched, hairy, club-carrying, half-goat, half-man creatures called satyrs.

With the coming of Christianity and in the writings of its great scholars, including Saints Jerome and Isidore of Seville, these pagan deities often became devils, demons, and monsters, says historian Ronald Hutton of the University of Bristol. One of these monsters was the Wild Man, a single deity with a complex pagan past and a powerful Christian present.

During the High Middle Ages, beginning in the twelfth century, images of the Wild Man began to appear regularly on coats of arms of cities across Europe, on architectural decorations such as the roof bosses of Canterbury Cathedral, in illuminated manuscripts, on costumes worn by members of the French royal court, in paintings and engravings, and even on everyday objects—including this spoon, found recently in Suffolk.

Like the faraway barbarians of the classical world, explains Hutton, in the medieval world, the Wild Man served as a reminder of the dangers of life at the edges of civilization and of the risks of a lack of religious and social order.