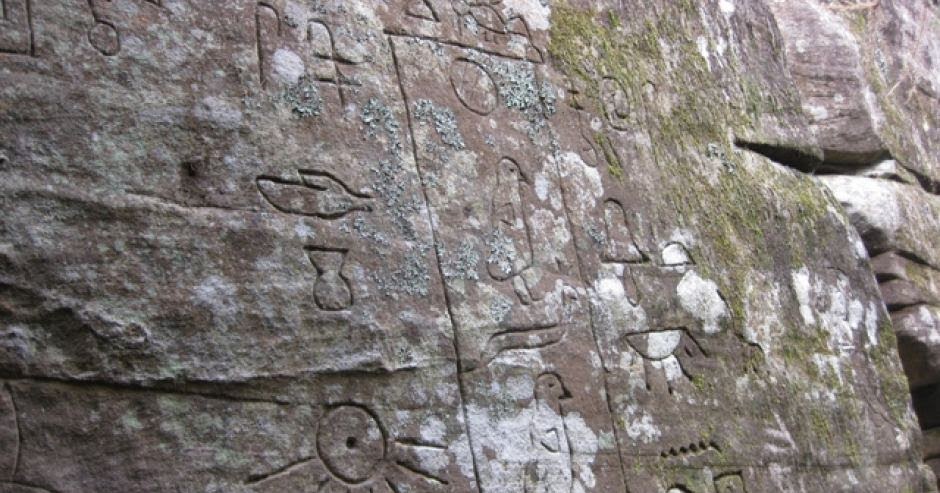 According to research, these hieroglyphs were first sighted in the 1900’s and there are about 250 stone carvings that have been part of the local folklore of the area for over a century, so it’s not something that has been discovered recently. Media coverage of the discovery has been minimal, which is when you think about it a good thing, preserving this incredible ancient site that can rewrite history books, that is if the discovery was authentic and not a hoax.

According to local residents that have had the opportunity to see and study these hieroglyphs, they seem to be extremely ancient, written in the archaic style of the early dynasties, a style that has been studied very little and is untranslatable by most Egyptologists who have learned to read Middle Egyptian upward. According to the information provided to us, there is only a handful of people on Earth who can actually read and translate this early writing system, making them seem even more valuable to history. But there is another side to this story.

According to several archaeologists and researchers, the Gosford Glyphs at Kariong are modern day forgeries that have nothing to do with ancient Egypt. Several other researchers believe that modern archaeology and history simply wouldn’t accept these hieroglyphs as being authentic given the fact that they could change the way we look at history.

An archaeologist named Ray Johnson had supposedly translated the ancient texts for the Museum of Antiquities in Cairo and was successful in documenting and translating the two facing walls of Egyptian characters – which proved they are from the Third Dynasty.

The translation tells the story of a tragic saga of ancient Egyptian explorers that shipwrecked in a strange and hostile land, the death of their royal leader, “Lord Djes-eb”. A group of three framed clusters of glyphs record the name of “Ra-Jedef” as reigning King of the Upper and Lower Nile, son of “Khufu” who is the son of the King “Sneferu“.

Professor Nageeb Kanawiati of the Department of Egyptology had the opportunity to examine the photographs taken by the NPWS in 1983. He states that while some of the work did have Egyptian symbols, the hieroglyphs made no sense at all, as they were merely a collection of Egyptian words and symbols done by amateurs.